Control the Basic ESC with an RC Transmitter 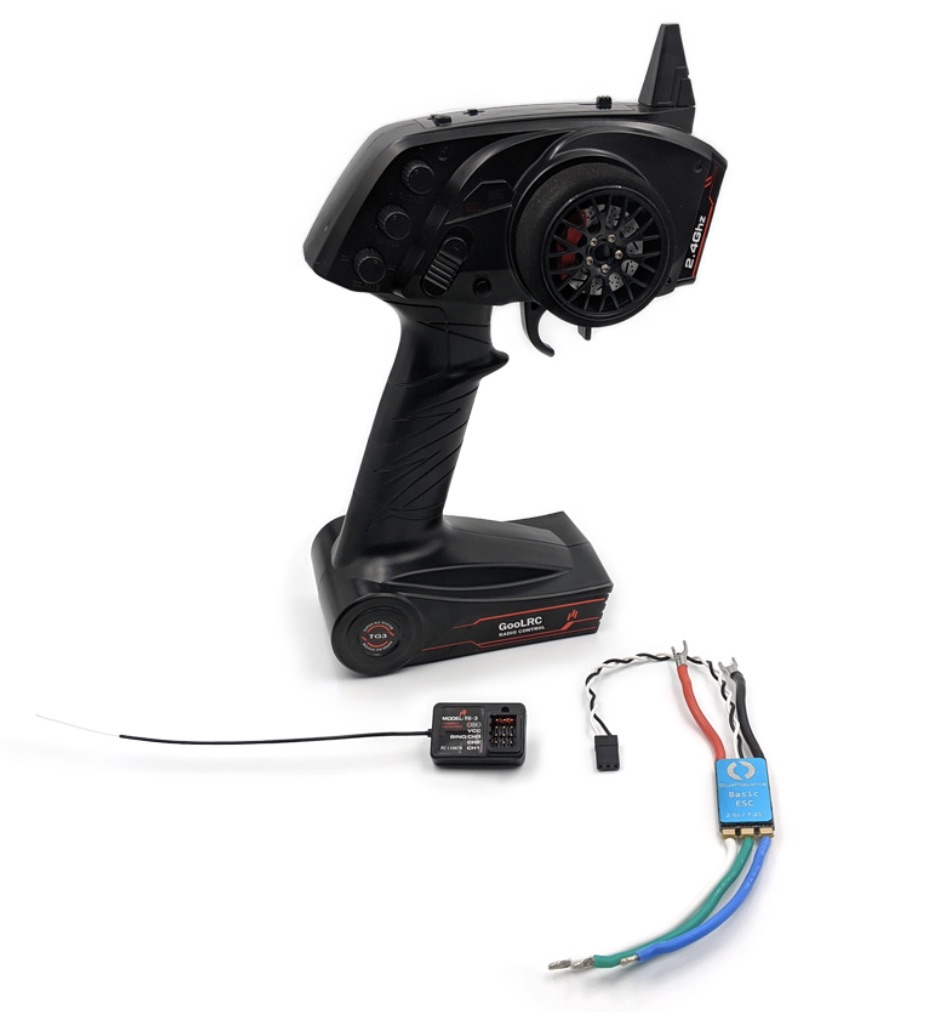 The Basic ESC uses standard RC style PWM signals so almost any off the shelf radio control transmitter and receiver can be used as a simple control system. This guide will provide some general information on how to use an RC transmitter with the Basic ESC.

The 2.4GHz signal used by RC transmitters does not travel well through water so an RC system is only recommended for use with surface vehicles.

For more detailed information on RC systems take a look at the following resources:

The following are brief descriptions of some of the components referred to in this guide.

There are two main types of RC transmitters: pistol grip and stick transmitters. Both can be used with the Basic ESC. Deciding which type to use depends on the desired control method and features. 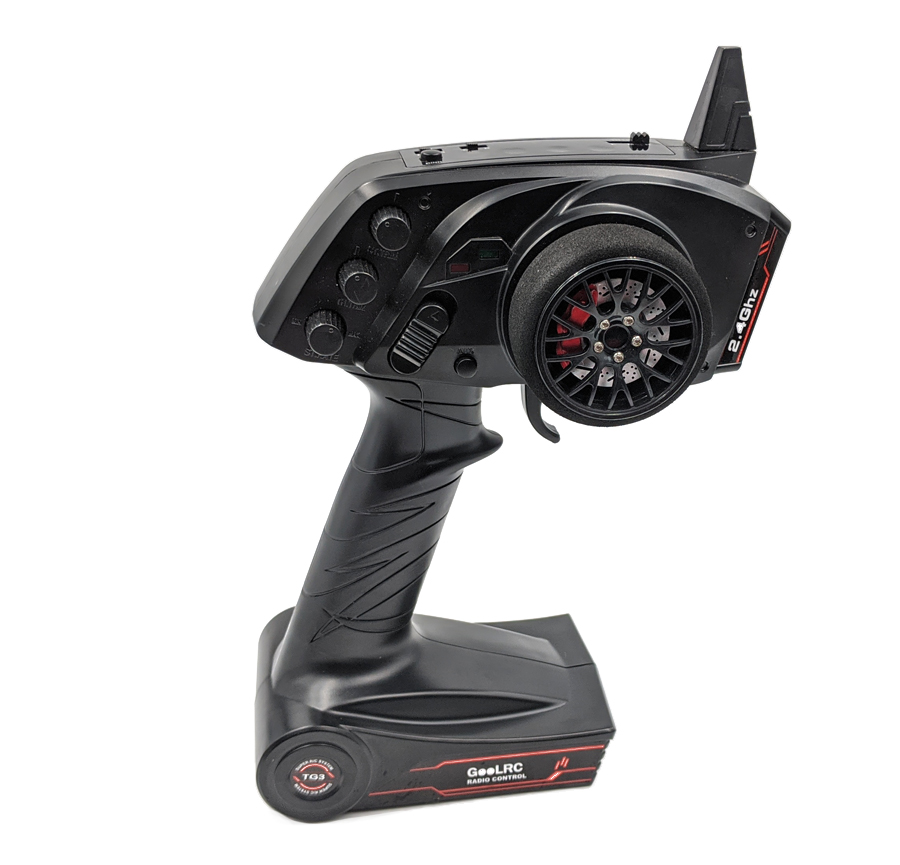 These types of RC transmitters are also categorized under “surface” RC systems because they are used mainly for controlling RC cars but they work perfectly well for controlling an RC boat, kayak, or other vehicle. The trigger in the front controls the throttle while the wheel on the side controls the steering. The receiver for these types of transmitters will have two main channels, one for speed and one for steering, and usually one additional auxiliary channel. 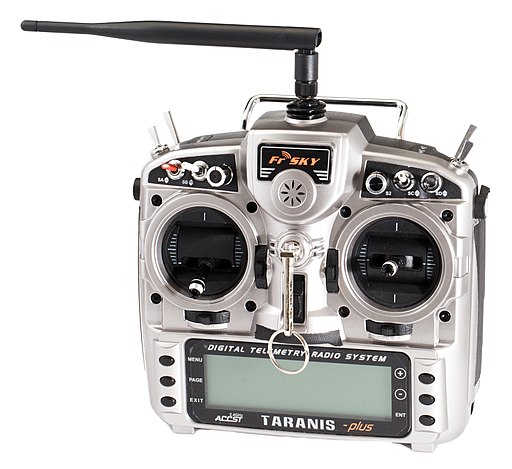 This type of transmitter has two joysticks for pilot input and usually offers a greater number of channels and features. These are categorized under “air” RC systems and are used mostly for RC planes and helicopters.

Just like the previous type of transmitter, some of the very basic models do not have programmable channel mixing. If this is the case, depending on the desired control method, a channel mixer is required.

The following are some guidelines on how the different components should be connected. The exact instructions will depend on the vehicle design and the components being used but the information here should be general enough to give a basic idea.

The Basic ESC uses a 3-pin servo connector that will fit the 3-pin output channels on a receiver. If the transmitter has built-in channel mixing or no channel mixing is needed, the 3-pin servo connector on the Basic ESC can plug directly into the output channels on the receiver. There will usually be a label indicating the correct orientation on the receiver. 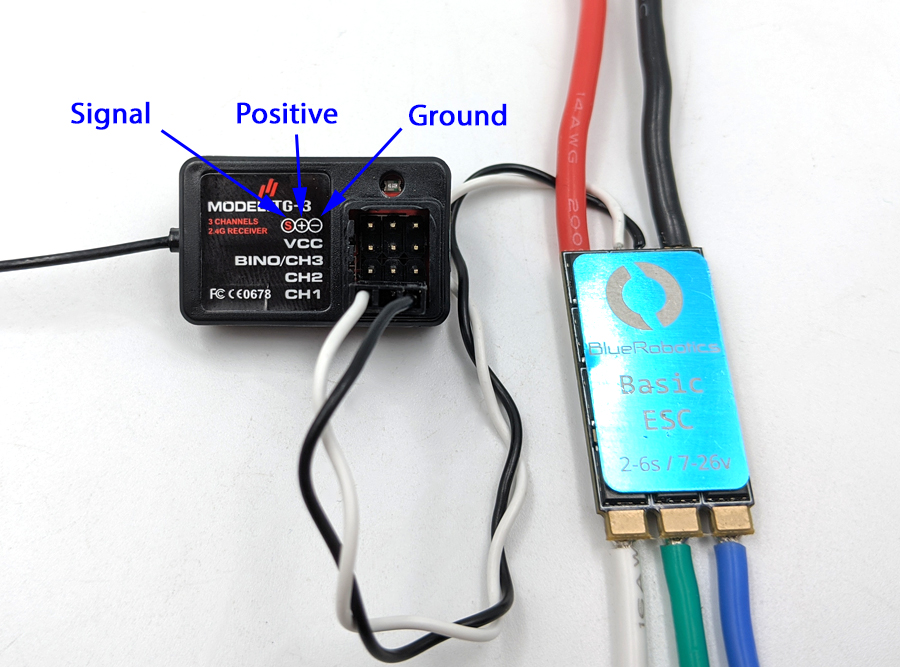 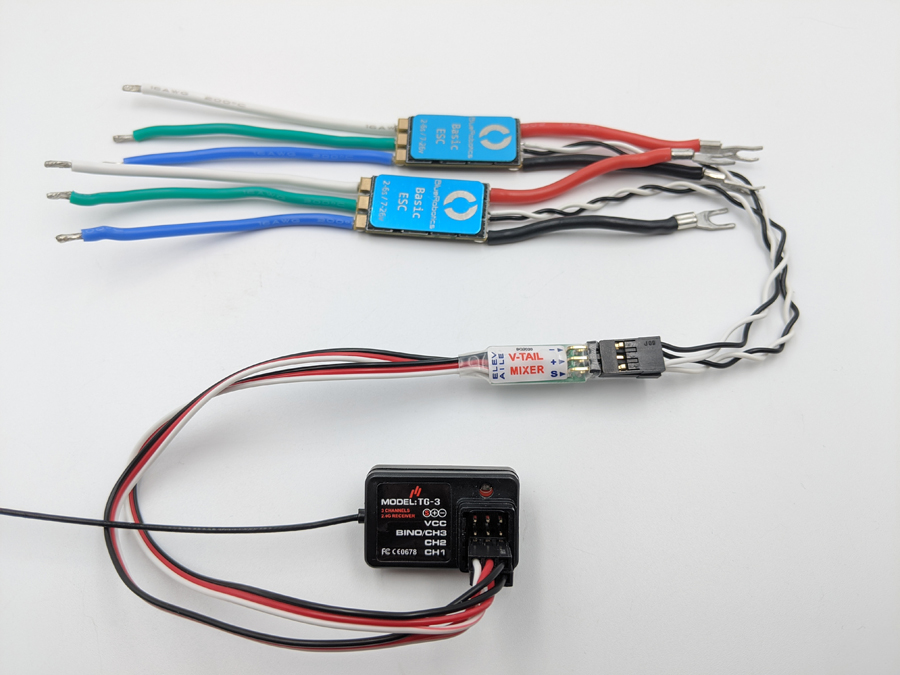 Since the Basic ESC does not have a built in BEC, the receiver has to be powered with a separate power supply. The 5V 6A power supply has a 3-pin servo header that can plug directly into the receiver. The receiver in this example has one of the channels labeled “VCC”, this is where the power supply is connected. 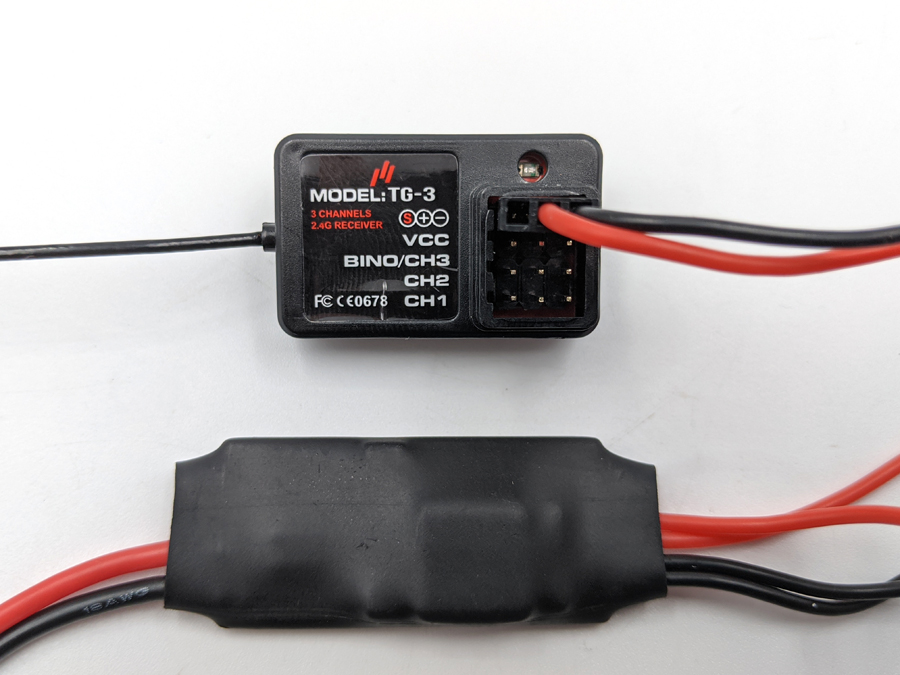 Supplying power to the receiver.

The ESCs and 5V 6A power supply should then be connected to a power distribution block. In this example I’m using an 8-Circuit Barrier Block and jumpers to make one side positive and the other side ground. 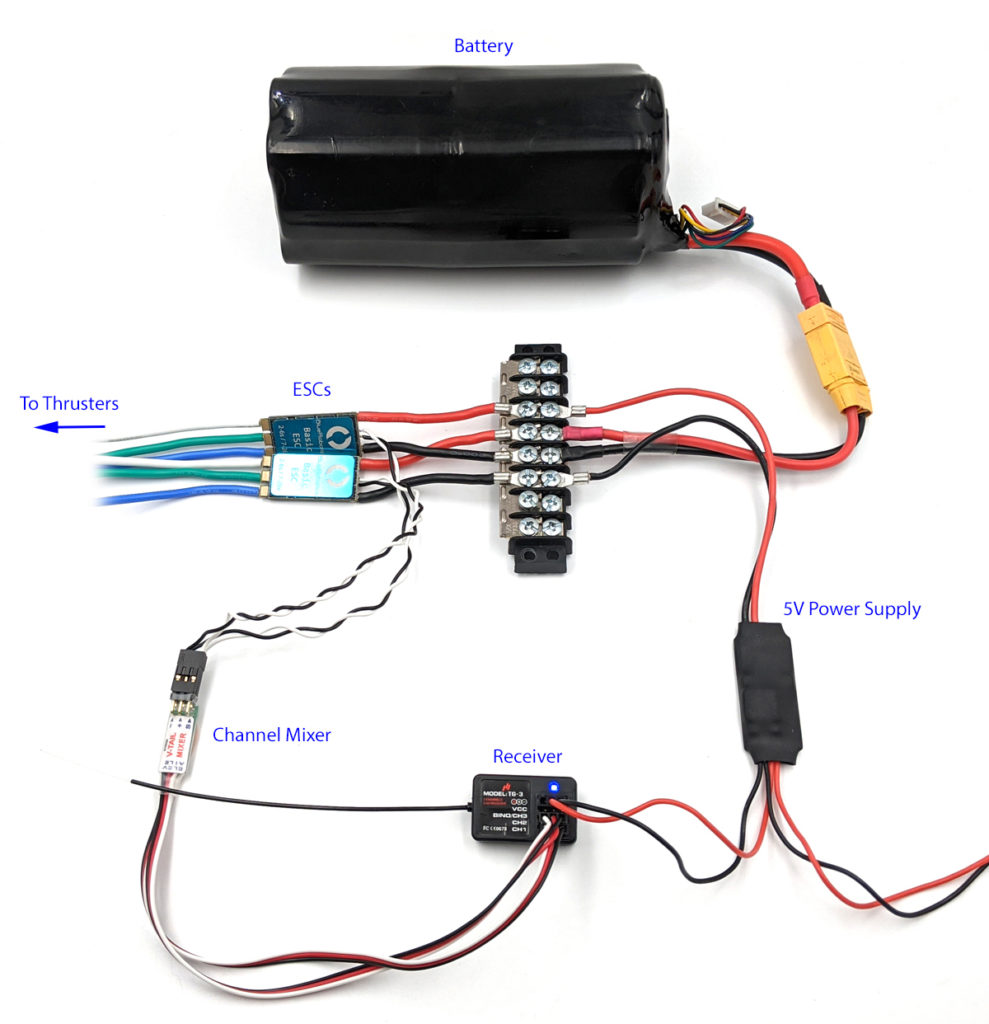 The transmitter should send the correct signal arming signal to the ESCs when it is powered on and the control sticks/wheel/trigger are in the center, neutral position (no input). If the ESCs do not arm then try adjusting the “trim” for each input on the transmitter until the ESCs arm. On many transmitters the trim is adjusted using a knob or a slider.

Powering On and Off

An RC transmitter and receiver can be used to control the Lumen Subsea Lights and Newton Subsea Gripper as well! The Lumen and Gripper use a PWM signal for control so the information in this guide will apply to both.

When you’re done with your project, why not show it off on the community forums!

What did you think of this guide? Do you have any suggestions to make it better? Let us know here!