By Kevin, Elisa, and kristel

Since its debut in 2016, the BlueROV2 has proven itself to be a capable ROV. Because of its reasonable price point and thorough documentation, it has been used by hobbyists, academia, light and heavy commercial entities, and government organizations. Its open and flexible hardware and software design has encouraged customers to start with the basic BlueROV2 design and add accessories or make modifications for their application.

If you are new to ROVs, we have a quick guide to get you up to speed!

The BlueROV2 comes partially assembled and requires 6-8 hours of user assembly to complete. During the assembly process, you learn how all of the components of the system fit together and you build the knowledge needed to make upgrades and improvements in the future.

One important aspect of the BlueROV2 that is different from traditional observation-class ROVs is that the user can start with a basic vehicle and then add accessories later as needed. You are not locked into one configuration at the time of purchase. Accessories can be removed and replaced with hand tools. Updated components can be installed and changed out as they become available. A full history of updates to the BlueROV2 can be found under the “Technical Details” section of the Product page in the “Revision History” sub-heading.

This guide provides an overview of the available options that can be found in the Blue Robotics store. If you have a requirement for a piece of equipment we do not carry, you may wish to reach out to our distributors who carry many of these other items and offer customization, build, and maintenance services for BlueROV2s.

If you work in a specific industry, then we have an additional guide with our recommendations: BlueROV2 Buyer’s Guide by Application

What's Included with a BlueROV2 Kit

The BlueROV2 comes partially assembled with the electronics and watertight enclosures tested. Assembly takes approximately 6-8 hours with hand tools. After assembly, the major components will be as follows:

A complete list of what is included in the BlueROV2 Kit can be found in the “Contents” section of the product page. To find a specific component, you may have to click through the available sub-assembly product pages.

What's Not Included with a BlueROV2 Kit but required for operation

There are some items necessary for operation that are not included with the kit.

These are the additional tools needed for assembly that are not included with the kit:

The first item selectable when ordering a BlueROV2 from the online store is the tether. Radio waves don’t travel far through water and acoustic modems have limited bandwidth, so a tether is a critical component to connect the vehicle to a surface computer.

100m of Standard Fathom ROV tether is selected by default, but this can be changed in the dropdown menu. We recommend the standard tether for most users, but we also have a Slim Fathom Tether option as well as a high voltage power over tether system. If you prefer one of these options, you can select “None” when configuring the ROV and add it later through the store. More about this in the next section.

The Standard Fathom Tether is the default tether for the BlueROV2 because it has the longest communications distance and greatest flexibility for future accessories.

With the utilization of the Fathom-X Tether Interface Board, 4-wire Ethernet is transformed into a 2-wire data line. Only the blue and blue/white wire pair is used for telemetry and video. The other wire pairs (green, brown, orange) are open for expansion.

A note about the communication’s length: Blue Robotics has conducted ranged communications testing and found that 300m is the maximum communications length for the Standard Fathom Tether. We do not manufacture ROV-ready tethers in lengths longer than 300m.

The Slim Fathom Tether is best used when tether drag or weight is a concern. It is perfect for travel, deeper or long distance dives.

A note about the communication’s length: Blue Robotics has conducted ranged communications testing and found that 200m is the maximum communication length for the Slim Fathom Tether. We do not manufacture ROV-ready slim tethers in lengths longer than 200m.

The Lights selection is the next selectable option on the BlueROV2 product page. These are the following options:

The BlueROV2 comes configured for battery power by default, but we have an option to upgrade to a high-voltage power supply that allows indefinite endurance without batteries.

An onboard battery is the default method for powering the BlueROV2 because it is safe and provides a very portable system that does not require a generator or a wall outlet. High capacity batteries are affordable and have a high discharge capacity allowing for quick bursts of speed, if needed.

At a minimum, you will need a 4S lithium battery that will fit inside a 3″ (76mm) inner diameter enclosure. Here are our recommendations:

You will also need a battery charger, such as our Lithium Battery Charger.

Optional, but nice to have, is a Battery Cell Checker for checking the battery voltage before plugging a battery into the BlueROV2.

For those users who need to be able to run all day without changing out batteries, Blue Robotics has partnered with Outland Technology to provide the Outland Technology Power Supply (OTPS) for the BlueROV2. This system operates from 100-240VAC power source such as a wall outlet or generator, but enables indefinite run times.

The OTPS requires a specially designed high power tether, and the standard Fathom Tether is not needed.

Many people choose to manage the tether without a spool, but it’s a very useful accessory for the BlueROV2. The Fathom Spool simplifies the storage and tether management of the vehicle and significantly decreases the amount of work the operator must do.

There are two sizes of tether reel available, which have been designed for the Standard Fathom Tether. 200m of Slim Fathom tether will easily fit on the standard size Spool.

The spool is not compatible with the high power cable required for the Outland Technology Power Supply.

The standard BlueROV2 has two vertical thrusters arranged in a side-by-side configuration. To increase the maneuverability and stability of your BlueROV2, the BlueROV2 Heavy Configuration Retrofit Kit can be added. This retrofit kit moves the original vertical thrusters forward and to the outside of the ROV frame and adds two more thrusters to the aft end. Additional buoyancy foam blocks and fairings are installed where the original vertical thrusters were located to retain the right amount of buoyancy. Internal software provides active roll and pitch stabilization, leading to a uniquely capable ROV.

The Heavy Configuration does not increase horizontal speed of the BlueROV2 (the horizontal thrusters remain unchanged), but it does double the thrust in the vertical direction. This is especially useful for use grabbing objects with the Newton Subsea Gripper.

The BlueROV2 Heavy Configuration Retrofit Kit is recommended when either sonars or manipulators are installed.

After the basics have been decided upon, the next thought should be the number of accessories you would like to install on your vehicle. A stock BlueROV2 (R3) has a 18-Hole End Cap and 6 blank penetrator locations for expansion. 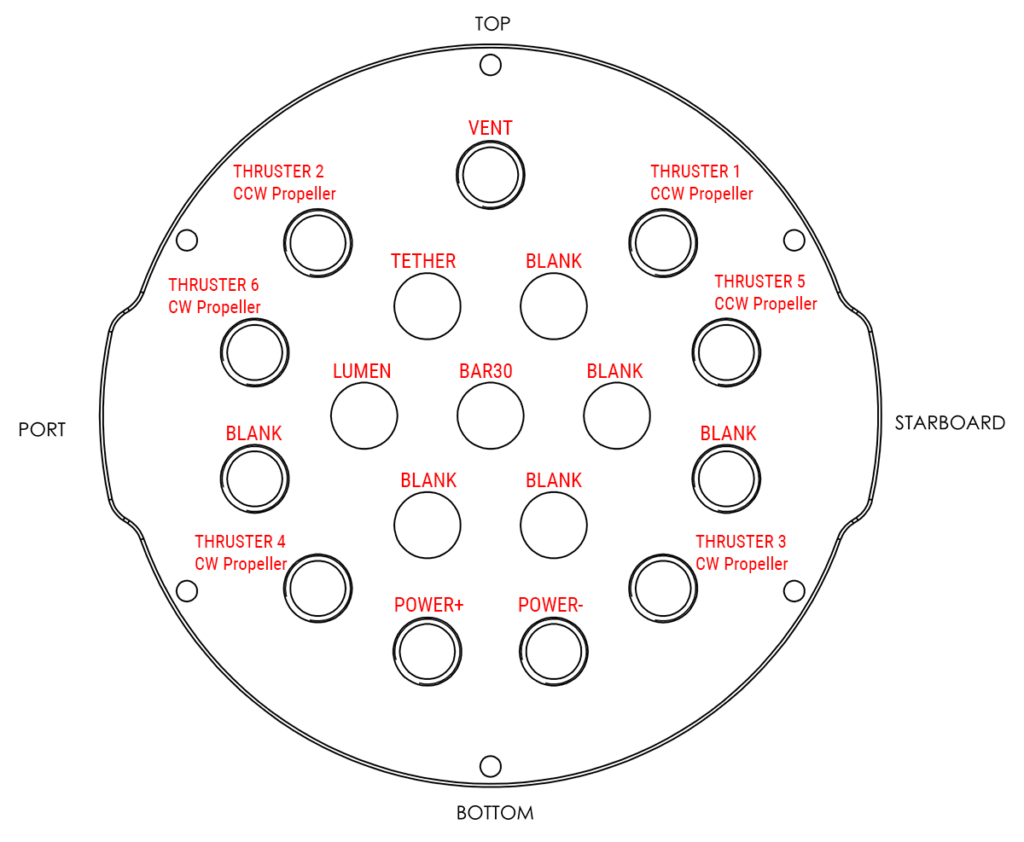 With a BlueROV2 Heavy Configuration Retrofit Kit added, two additional penetrator locations are used. This would still allow for up to 4 additional accessories to be installed. 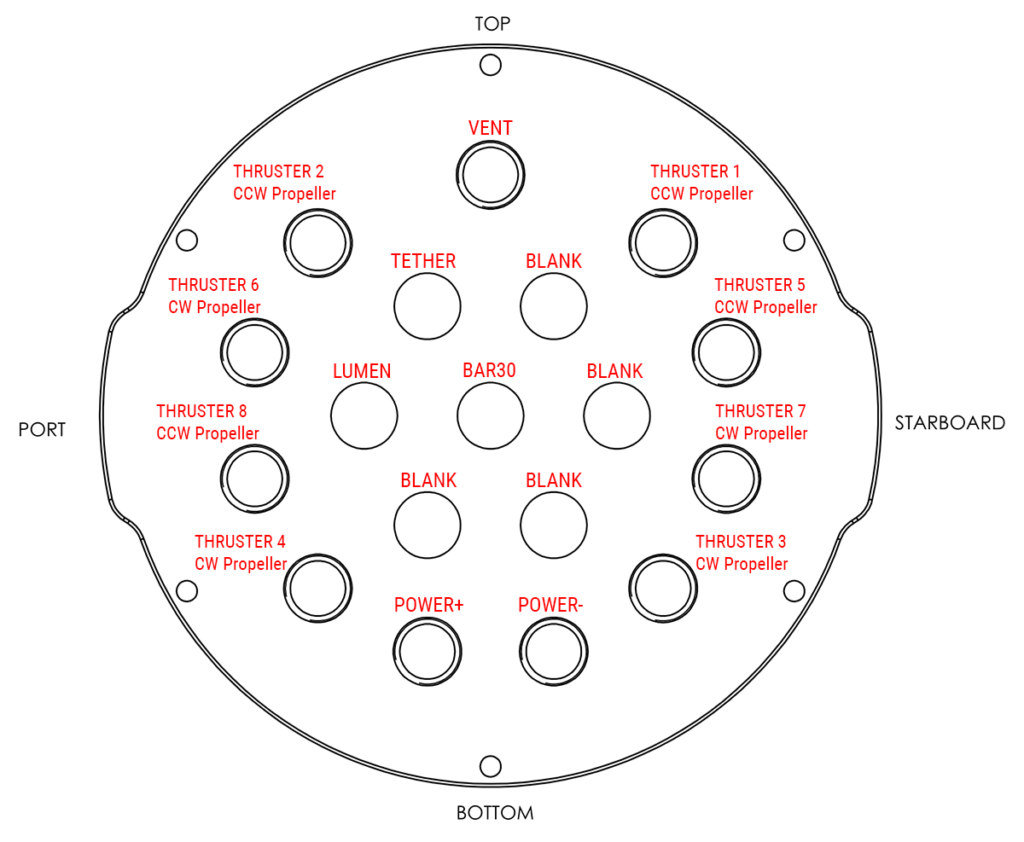 Unfortunately, not everyone works in water conditions that have 40m+ (130ft) visibility. So, if you think you will be operating in limited visibility, it is recommended to install acoustic sonar(s).

One of the most useful types of sonars on an ROV is what is known as a mechanically scanning sonar. Scanning sonars are useful tools for navigation, and acoustically imaging targets in a top-down 2-dimensional representation. If you are new to scanning sonars, we have written a guide, which illustrates the key concepts and can help with image recognition: Understanding and Using Scanning Sonars.

Another useful type of sonar is an echosounder, also known as an altimeter when installed on an ROV. An altimeter is a single-beam sonar which gets a range measurement from the bottom of the ROV to the seabed. This is useful in low visibility situations where the distance to the bottom is unknown.

In addition to getting a distance reading, echosounders can provide the full echo response (echo strength versus time) which can be plotted like the display of a fishfinder sonar, which is useful for locating targets or obstructions beneath the ROV.

The BlueROV2 can be outfitted with a manipulator or gripper. A gripper is a useful tool for picking up small objects, attaching recovery lines, or freeing a snagged tether.

Installing the BlueROV2 Heavy Configuration Retrofit Kit in addition to the Newton Subsea Gripper allows for the BlueROV2 to pitch forward and hold its angle while maneuvering to pick up objects on the sea floor.

Other Accessories and Spares

This kit contains a number of spare parts that are nice to have on hand for the BlueROV2. The contents of this kit are based on our own experiences and should provide you with most replacements you might need out in the field including consumables such as O-rings, grease, and zip ties.

The Payload Skid is a modular frame for the BlueROV2 with mounting points for additional watertight enclosures and lights. Using the Payload Skid, you can add additional large instruments and other equipment to your BlueROV2.

The 3D printed GoPro mount makes it easy to attach a GoPro or GoPro-compatible camera to your BlueROV2. The mount attaches to the front of the battery enclosure where it has the same view and lighting as the main camera.

Other Components in the Blue Robotics Online Store

The options listed above only explain the components that were either designed for or integrate easily with the BlueROV2. The Blue Robotics Online Store has over 200 other components for helping to build what you want. Some components can be easily added, others will need modifications.

The Blue Robotics Forums are a great resource to see how others in the undersea community have approached specific problems. The Builds and Mods category is a good area to look in for additional inspiration.

Modifications and Accessories from Distributors

Need an accessory or modification for your BlueROV2 that you know exists but we don’t offer? Check out our worldwide Distributors List, many of whom offer services to modify your BlueROV2 for your requirements or have access to 3rd party accessories. 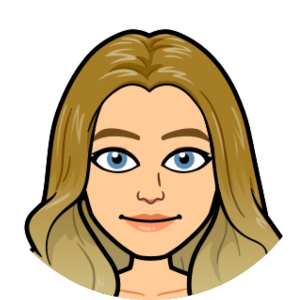 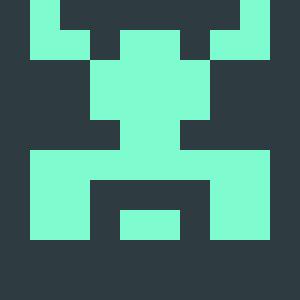