Climate change is transforming our planet faster than ever. Depending on your location on the globe, you may be experiencing extreme effects or none at all. Unfortunately, residents living near The Ngozumpa, one of Nepal’s largest and longest glaciers are experiencing the effects first hand.

At the start of the monsoon this past summer, one lake in particular is capable of losing enough water to fill 40 Olympic sized pools – in less than 48 hours. One can only imagine the disastrous effects these flash floods are having on local communities. 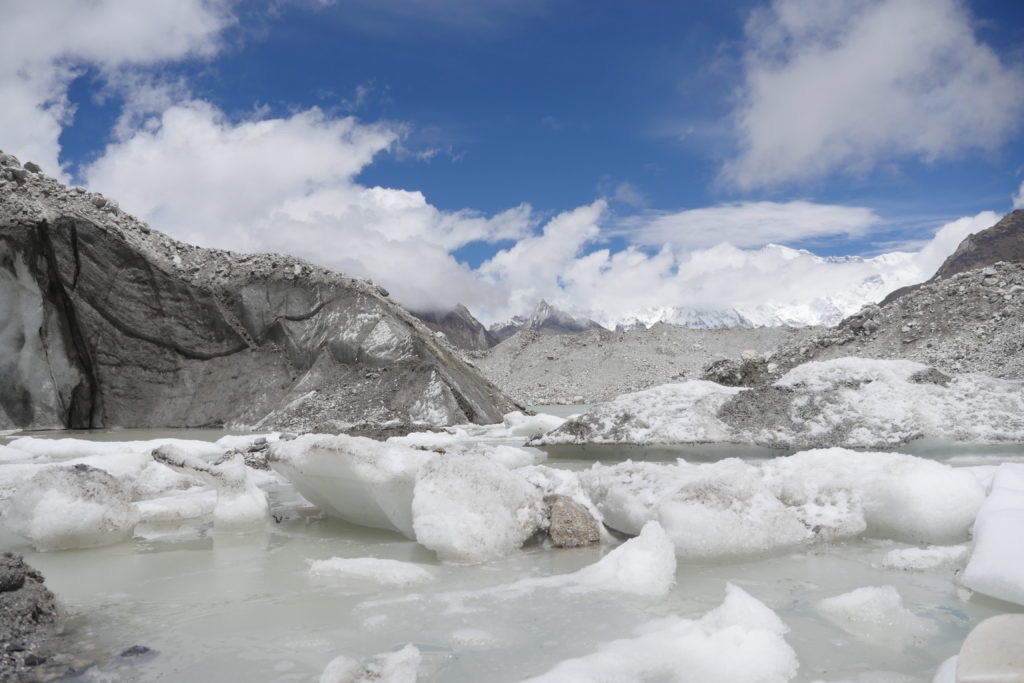 As we learn more about the changing earth, we also develop solutions to the problems climate change brings. Analyzing areas that are highly susceptible to devastating impact allows us to better predict upcoming changes, which is massively beneficial to the people living in these regions. This past summer, Patrick Rowe, along with a team of scientists from the organization Science in the Wild, traveled to the Himalayas to do just that. SITW’s founder, Dr. Ulyana N. Horodyskyj, has been studying the glacier since 2011, collecting data to investigate how the melting masses may pose a threat to local communities.

The glacial lakes are much too dangerous to put humans on which is why Patrick designed and built an unmanned surface vessel (USV). The USV’s main function was to survey the glacial lakes using a sonar – he and other researchers are trying to understand formation, growth, depth, and composition of the lakes. Using marine robotic vehicles to gather crucial information is not only much faster and more accurate than using humans, but also much safer. Patrick needed to build a USV that was small enough to carry, but rugged enough to get the job done. Check out his USV in action – powered by T200 thrusters! 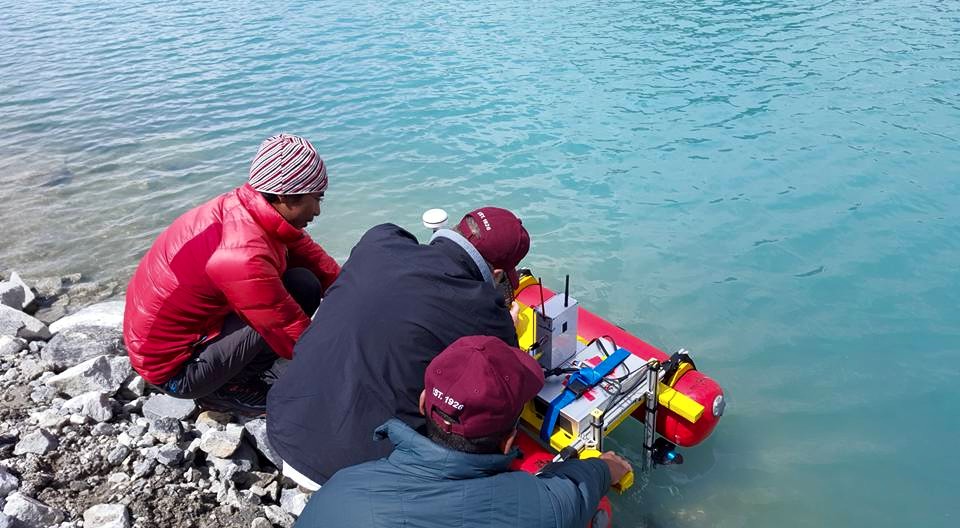 Patrick and his team with his USV - powered by T200s.

Patrick and Ulyana plan to train local engineers to use robots to analyze the changing lakes and equip them with the tools needed to protect their homes. Not only will this better prepare residents for the disastrous effects caused by the floods, but it will also create a number of jobs for the villages’ inhabitants. We look forward to seeing the efforts and progress influenced by the results of these investigations!

For more information on Science in the Wild and the effects of climate change on Himalayan villages, check out the following links!

Science in the Wild

2 replies on “In the Wild: Glacial Lake Surveying USV”