We recently had the pleasure of partnering with the Natural History Museum of Los Angeles’ DISCO Program on their L.A. Urban Ocean Expedition aimed at expanding their eDNA database. If you are unfamiliar with eDNA, this is DNA found in the environment (rather than an organism itself) which allows us to determine what organisms have been present in that environment and help monitor biodiversity. In order to make the most of eDNA sampling, an expansive database of reference sequences is needed so the DNA collected can be matched with the organism it belongs to. 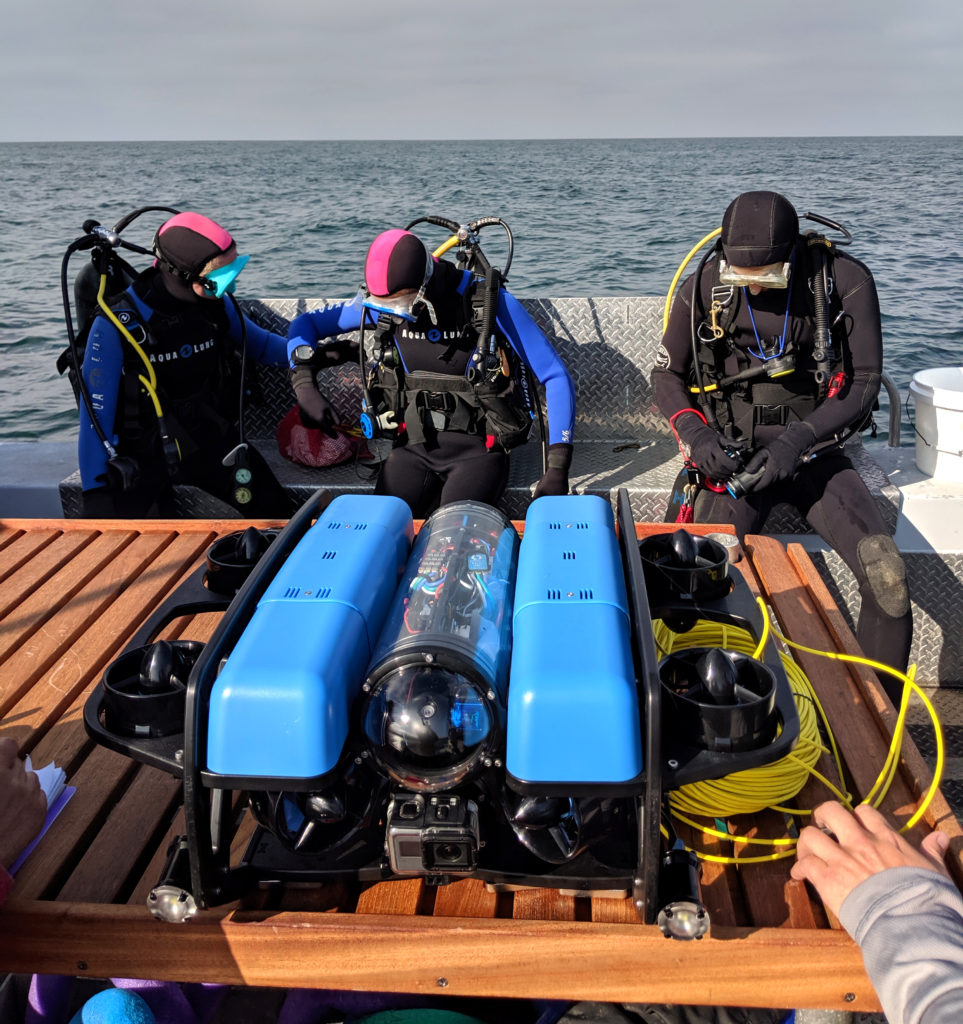 Divers gearing up for specimen collection with the BlueROV2

The expedition was hosted in San Pedro, CA at AltaSea at the Port of Los Angeles, where 27 taxonomists from around the country partnered with volunteers, divers, and community members to collect specimens for identification, photographs, and DNA barcode samples. Over a course of two weeks, thousands of Southern California marine invertebrates were collected and entered into the genetic “barcode” database as reference sequences, so that environmental DNA exploration can resolve new DNA samples to the species level.

We had the opportunity to join in on a few of the diver missions, using the BlueROV2 to scan beneath the waves for suitable current and visibility conditions before sending down divers. The ROV made it possible for the onboard crew to view and monitor the divers while also providing video footage used to raise public awareness and further engage the community with their mission.