Hello vampires, werewolves, and otherkin! A few weeks ago, the BR coven traveled down to San Diego for the 22nd Annual RoboSub Competition! The missions were fierce and the life force was strong, with a record 54 teams participating in this year’s court! 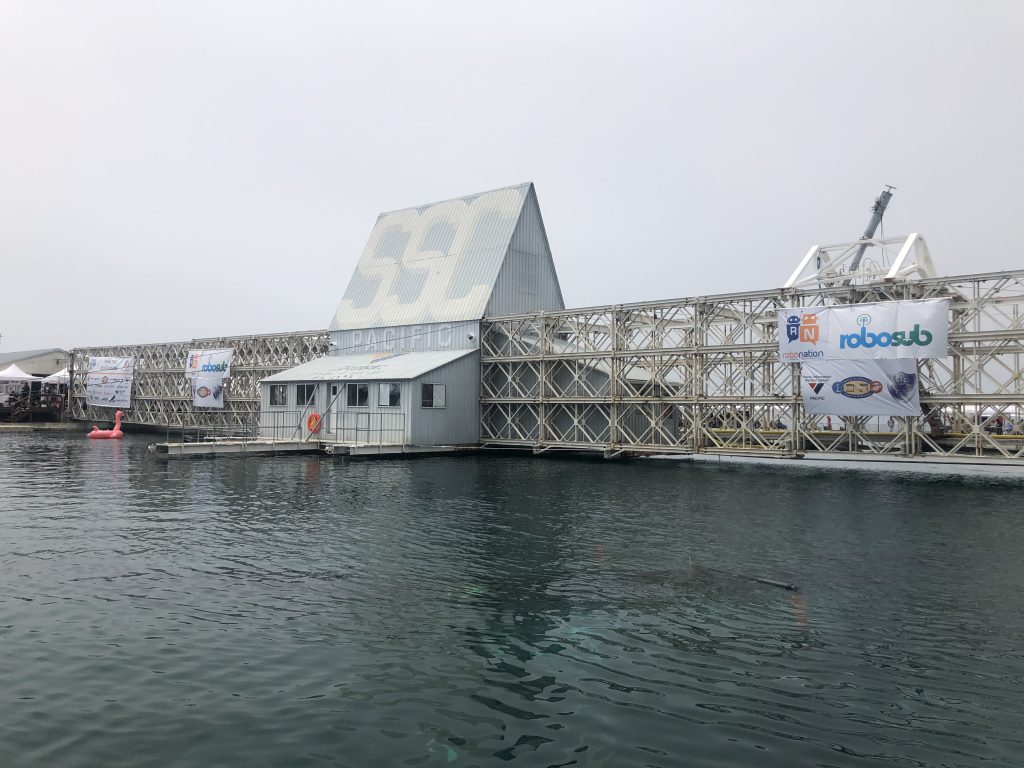 What is RoboSub, you ask?

RoboSub is an exciting underwater robotics competition in which teams of high school and college students from around the world design and build an Autonomous Underwater Vehicle (AUV). These vehicles are designed to autonomously navigate through a series of tasks that mimic ongoing research in Autonomous Underwater Systems. This event also serves to develop relationships between young engineers and the organizations developing and using unmanned and autonomous technologies. This year, 600 students on 54 teams from 13 countries had the task of Slaying the Vampire!

This was our 5th (5th!!!) year supporting RoboSub. Sub was the first competition we ever attended as a sponsor – back in 2015 we were just a little fledgling company! We were (and still are!) so stoked to walk around and chat with all of the students, learn about their vehicles, and see how the thrusters and other parts were being integrated into each team’s vehicle. Below are some shots of the BR family holding down our table at RoboSub, 2015-2018.

The challenge this year was to Slay the Vampire. The fundamental goal of the mission was for the AUV to demonstrate its autonomy by interacting with various vampires, completing various tasks along the way. Vehicles navigated the entrance to the undead realm, slayed vampires, dropped garlic, staked through hearts, and exposed to sunlight!

We arrived to TRANSDEC-vania to a haven of students, industry friends, and of course, lots of vehicles (with lots of BR parts)!

As always, we were immensely impressed with the display innovation and creativity. A house favorite was this Lumen Light, modifed by Embry Riddle to serve as a kill switch. The light was not the only component hacked, as you may notice their “underwater boat” looks a lot like the BlueROV2 😉 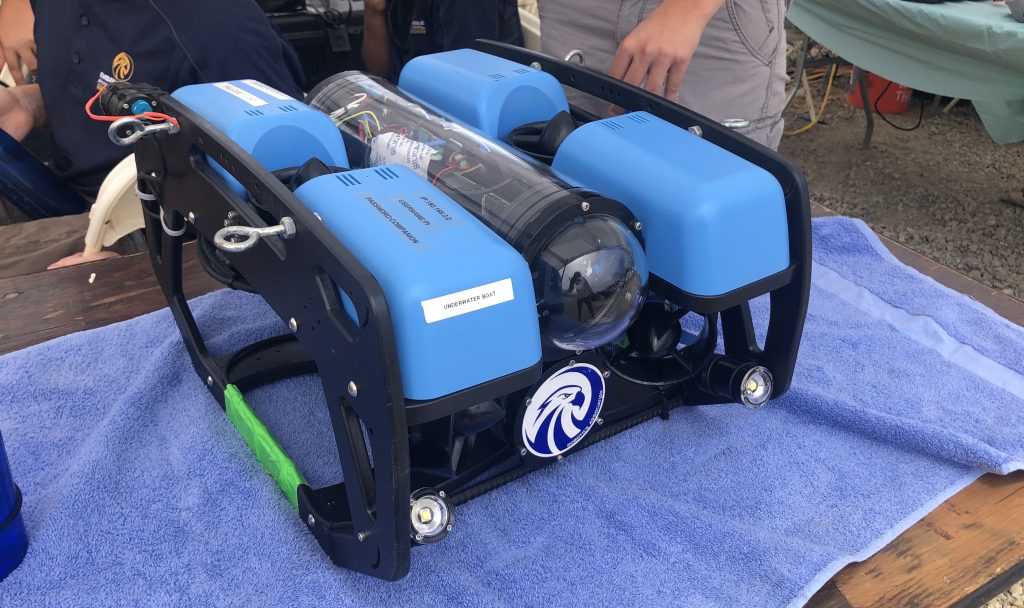 Check out our Facebook album for a complete showing of BR @ RoboSub!

Congratulations to all of the teams that participated this year, and a special shoutout to the winners (listed below)! This year was truly magical, and we can’t wait to see what 2020 will manifest! 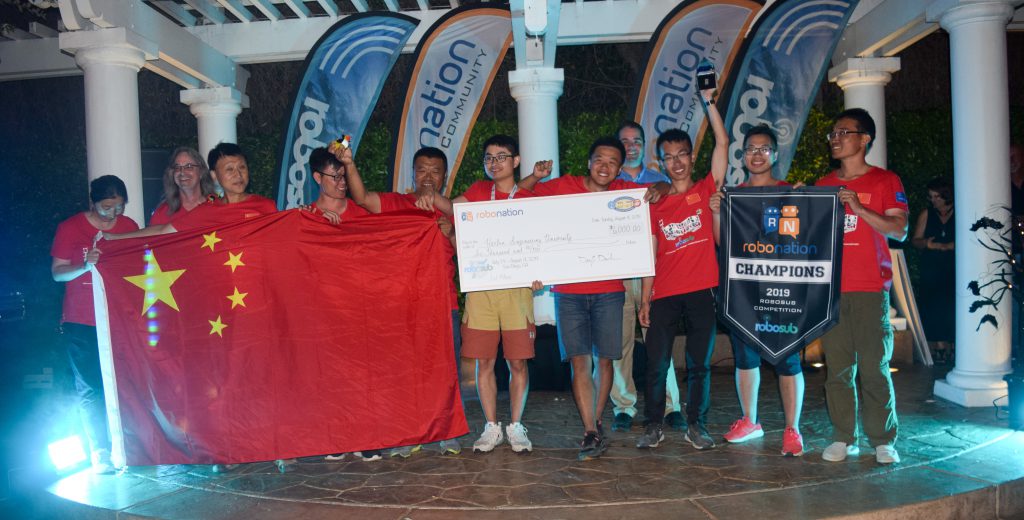 FEFU and their AUV

Desert Wave and their AUV, Phoenix