In the Wild: Object Recovery with BlueROV2

Many of us can relate to losing something meaningful to the forces of the ocean. I still remember the seafoam green Nike shorts I lost on a kayaking adventure back in 2013. RIP. Sometimes the losses are purely sentimental, but many times, especially in a commercial setting, the losses can be extremely costly. Regardless of whether objects are lost, or placed at the bottom of the ocean intentionally, retrieval is no simple task.

Recovering such objects has long been a job left to divers, whose services carry a hefty price tag. Not only are divers expensive, but there are undeniable safety concerns with sending humans down to depths of the ocean. Divers are also considerably limited in the amount of time they can perform tasks at depth. Many of these issues are solved with the use of an ROV, and we have seen our customers use the BlueROV2 for a number of object recovery missions. 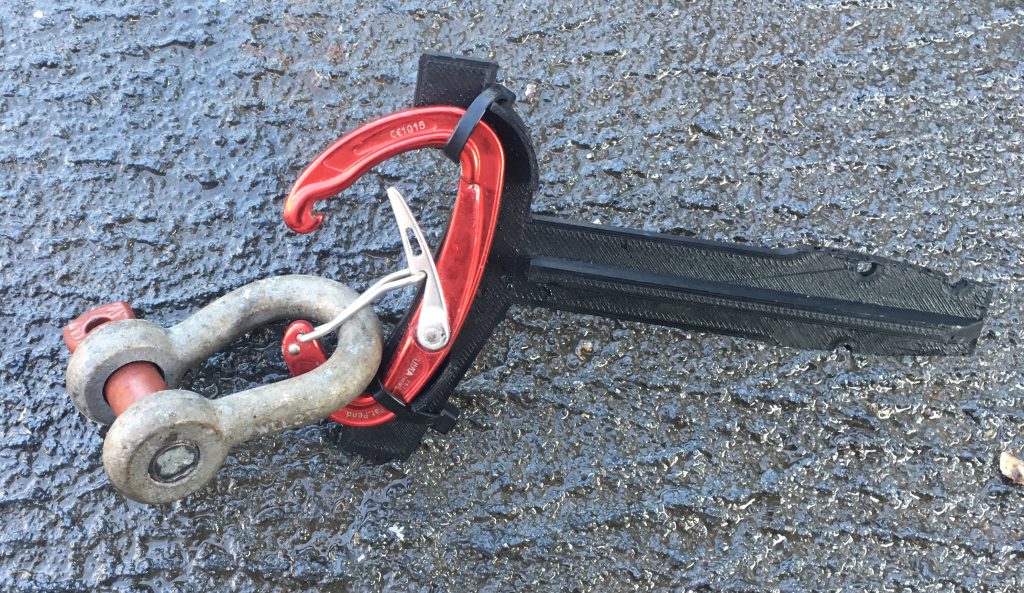 The first and obvious challenge of retrieving an object is finding it. Without an ROV, it could take hours, days, even months to find what’s under the surface in an area. I recently had the chance to join an aquafarming crew on a rescue mission and observe first-hand how the BlueROV2 can be used as a strategic asset for object recovery. The task of the day was the retrieval of a lead weight used in the company’s anchor installation system. Capitalizing on the prior week’s success with the BlueROV2 capturing three separate pieces of scientific monitoring technologies installed on the seafloor, a second revision of the custom capture device would ferry a lifting line to the lost weight on the bottom. At 1 ton and with no convenient attachment point for the retrieval mechanism, this mission was exactly the kind of challenge the Sea Ranch crew was familiar with.

A BlueROV2 with the new Low-Light USB Camera was fitted with a PVC tube that served as a receiver for a holder for the spring-loaded carabiner, which would attach to the target. 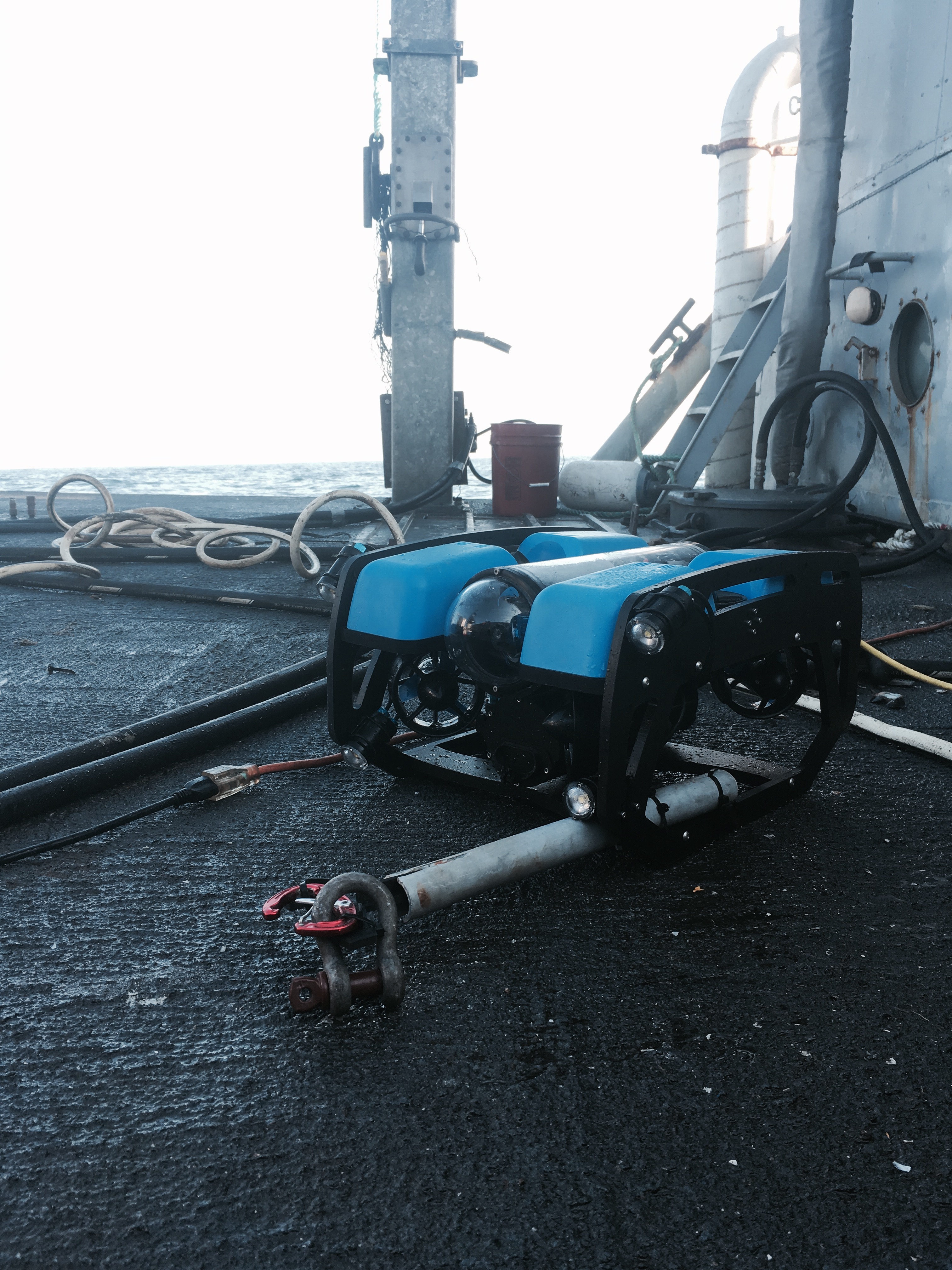 Using the coordinates of the weight’s last known location, we set off on our first dive. After a few exploratory dives, we made our first attempt at capturing the cable we would use to pull it up. As the ROV approached the target, the mouth of the carabiner prematurely closed. Thinking quickly, the pilot was able to capture the ½” steel cable attached to the weight by forcing the cable through the carabiner gate. The ROV then cleared the area and we began to pull the weight to the surface. 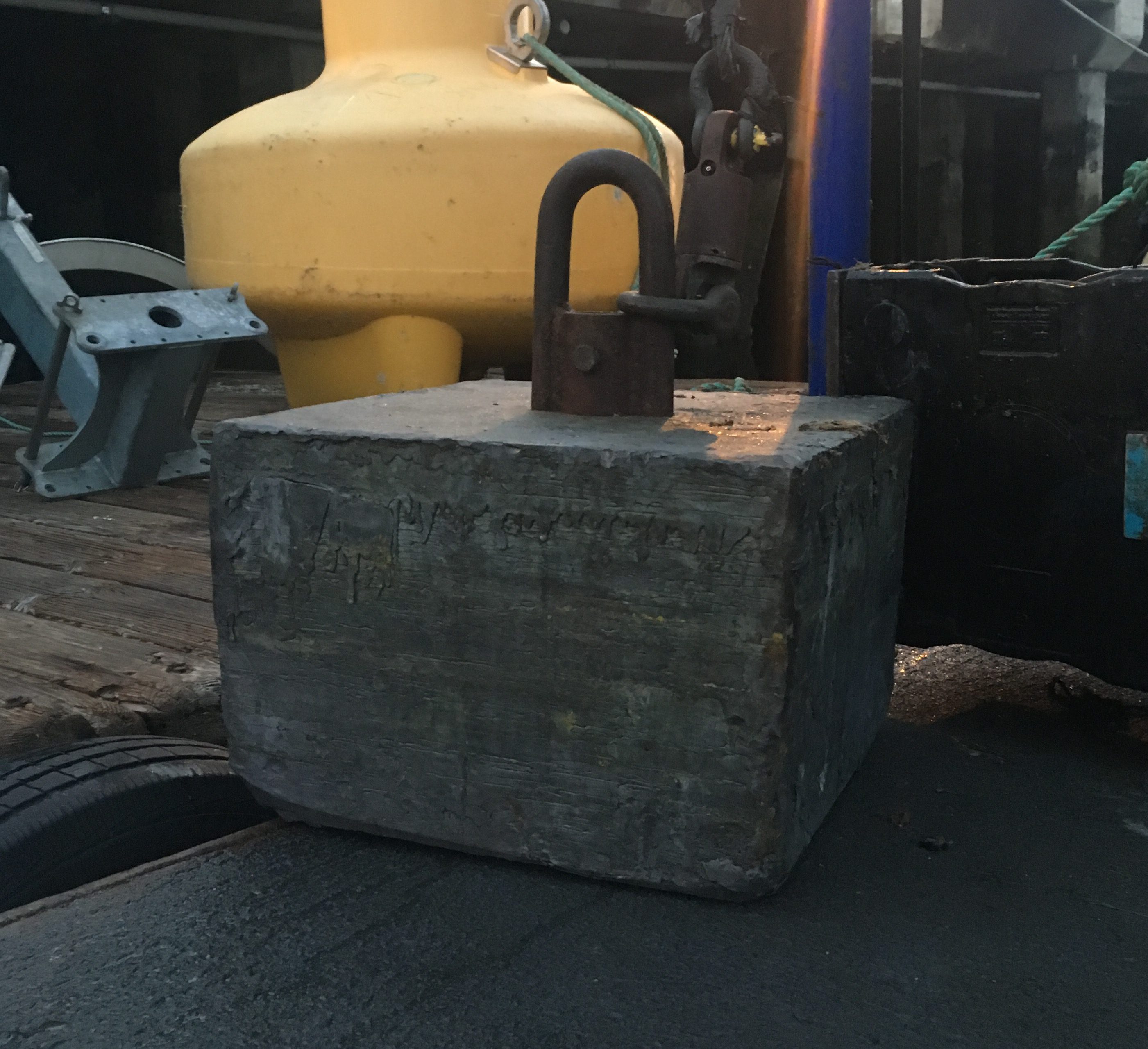 Lead weight to be retrieved. 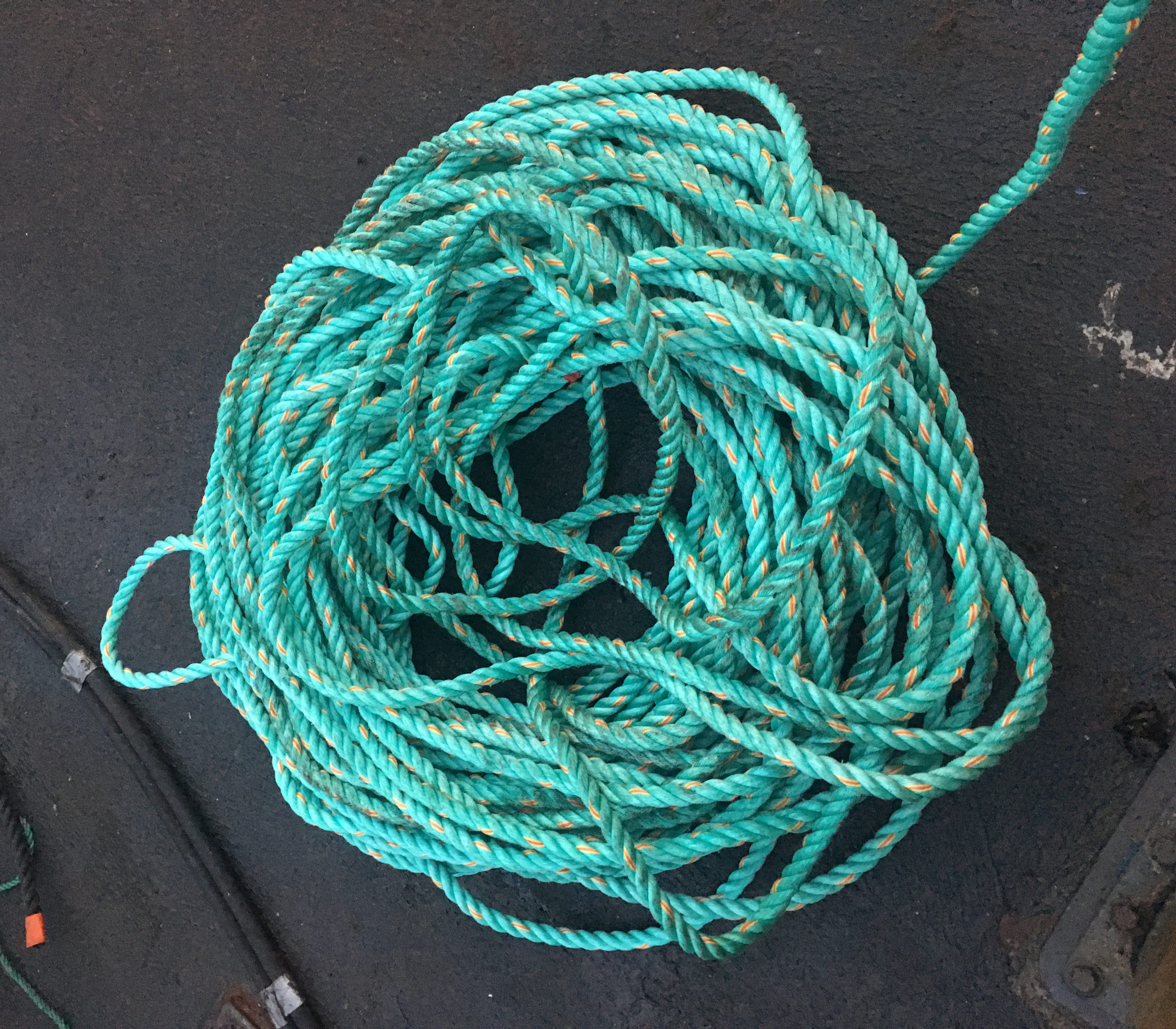 We were skeptical of whether a retrieval via cable would be successful, as the end of the wire was only tangled under the weight. We slowly lifted the weight until it was about 80 ft below the surface, at which point a diver manually secured the connection. We held our breaths as the diver surfaced and the final lift started, but within moments we realized the reattachment attempt failed and the weight was lost again. 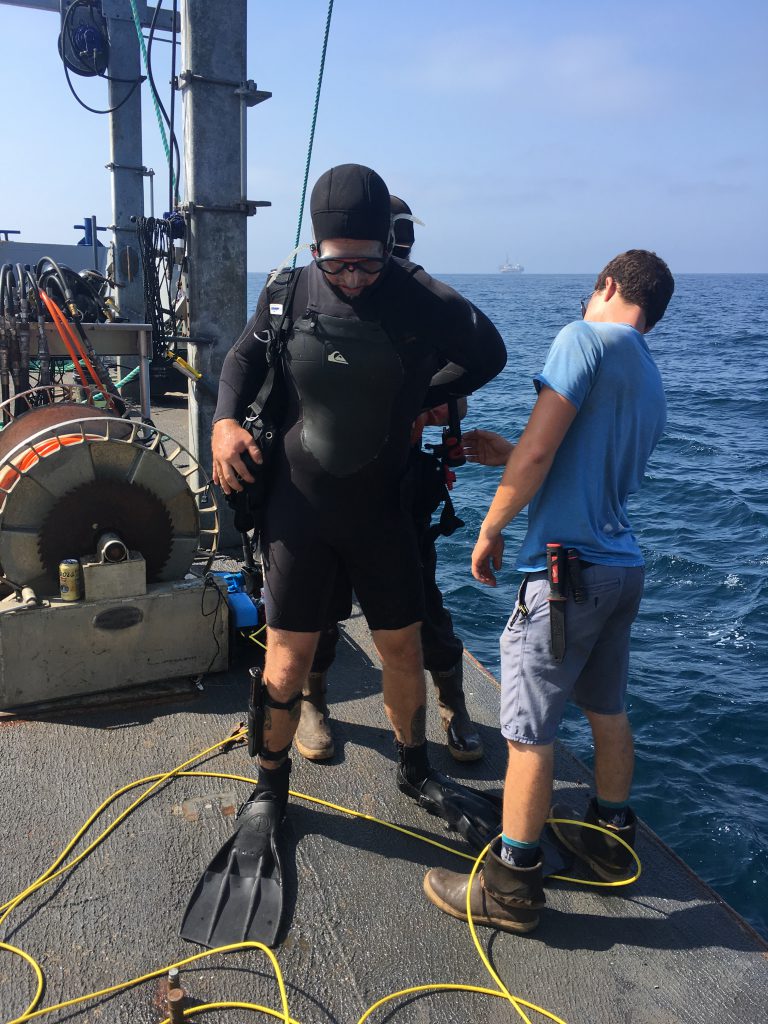 CSR crewman prepping to dive to secure the connection.

In the end, the weight was not recovered. After three successes in a row the previous week, complications from the heavier load and capture of the wire left the clump weight behind for another day. The weight remained lost, but unlike a pair of sunglasses or a favorite hat, planning for recovery can continue. Convenient access to the depths makes this sort inspection and retrieval practical like never before!

The crew was determined to retrieve the weight, and embarked on a second mission a few days after the initial recovery effort. This time around, the crew used the boat’s anchor to better hold their position and added weight to the floating line. Mother nature was also on their side, as the overall water conditions were much better – a very low current and sea state would make a successful recovery much more likely. After locating the weight again, the ROV pilot managed to capture the weight on the first try. The weight was then pulled to the surface as planned. Nice job, guys! 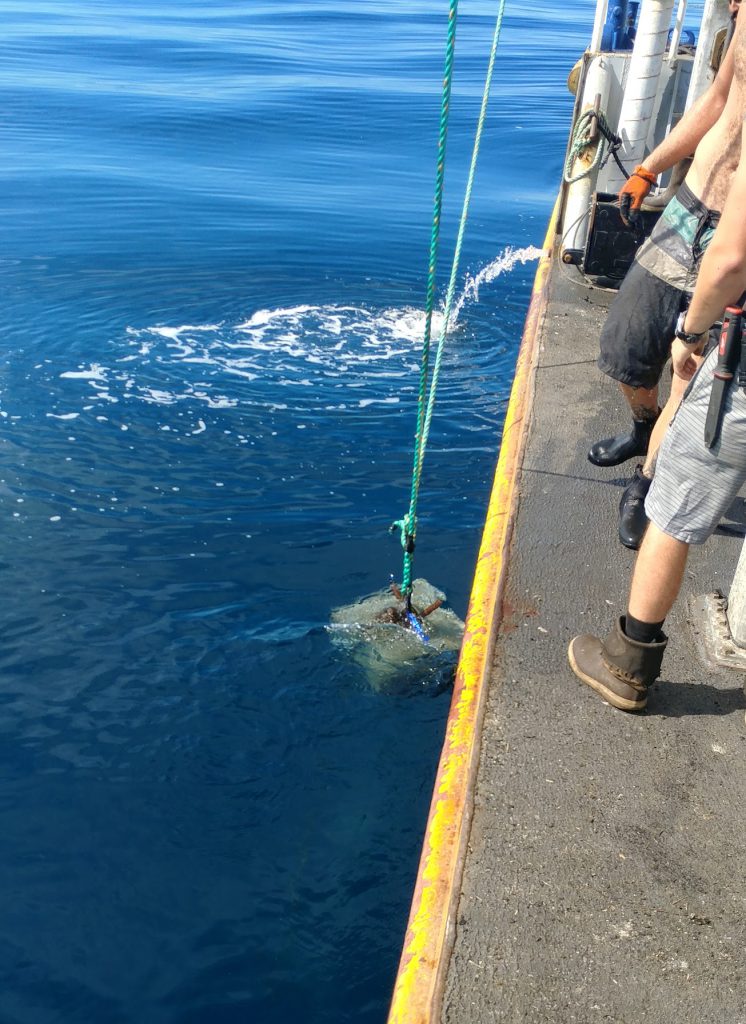 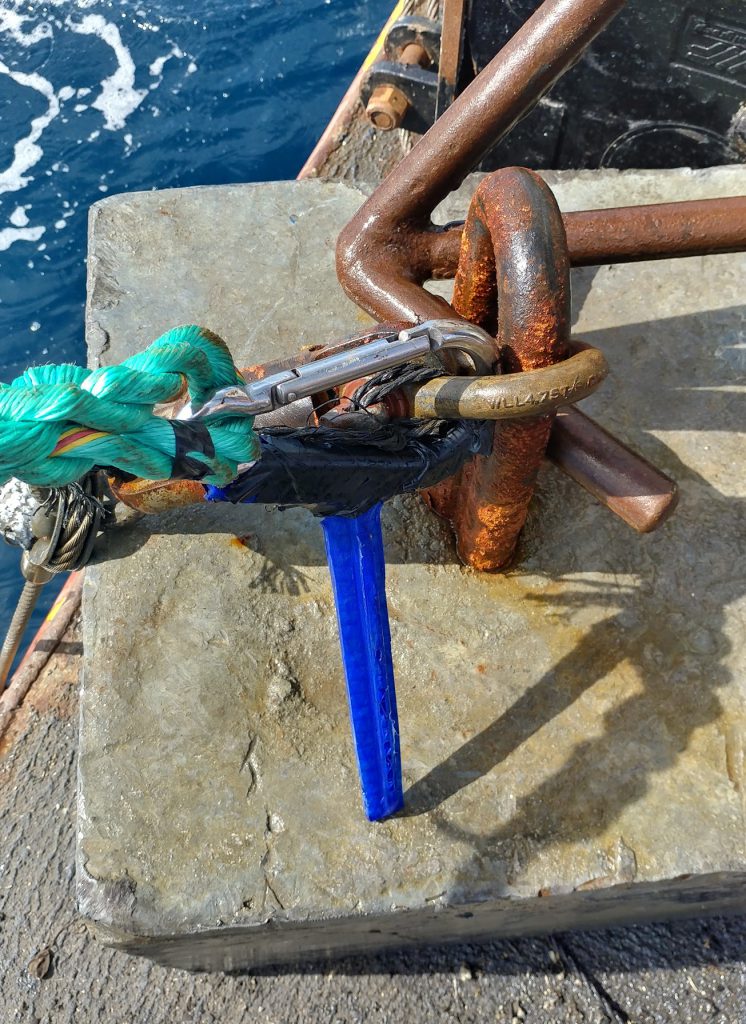 Do you have an object recovery success story? We want to hear about it! Leave us a comment or shoot us an email at [email protected]!

2 replies on “In the Wild: Object Recovery with BlueROV2”