Hello! A few months back we shared the results of pressure testing done by the folks at Woods Hole Oceanographic Institution. Today we are excited to announce the results of our most recent test: endurance testing of the T100 thruster!

In May of this year, we got a 400 gallon testing tank to test our thrusters and other products. In September, Adam joined our team and his first project was to design a testing rig to evaluate the performance of a T100 with BlueESC over an extended period of time. We’ve done some long endurance testing before – during development, we tested a T100 at half throttle continuously for more than 500 hours (3 weeks). During our beta testing phase the students at Carl Hayden Community High School tested a T100 at full throttle continuously for over 170 hours (7 days). Additionally, our customers have collectively logged thousands of hours out in the field. (Thanks, guys!) 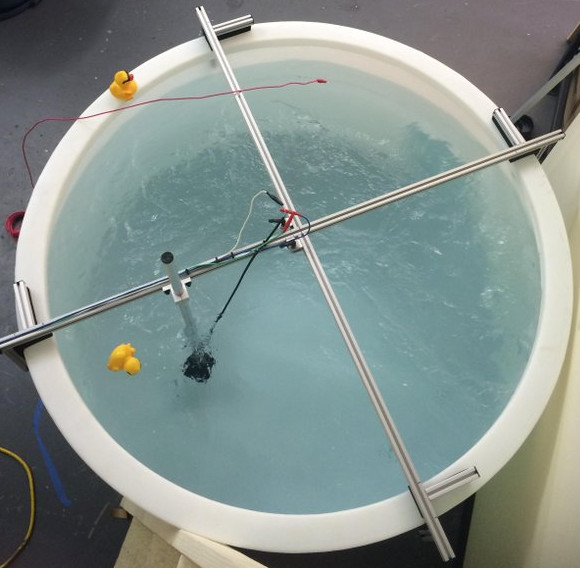 The beginning stages of the test set-up.

Adam began by constructing the frame of the rig using aluminum T-slot extrusions, 3D printed parts, and other hardware. The rig itself is capable of testing four thrusters at a time. The tank was filled with fresh water and treated with chlorine.

The thruster is running continuously at 56% throttle – it’s only removed from the tank every couple weeks for inspection. The motor has a rotational speed of 3000 RPM, and draws a constant current of 4 amps.

To date, this T100 has been running for more than 3 months. In that time, the propeller has turned over 400 million revolutions, and the tip of propeller has traveled more than 66,000 miles (98,200 km). That’s equivalent to more than 2.5 times around the Earth’s equator! If this thruster were pushing a vehicle at 1 meter/second, the vehicle would have traveled over 5,100 miles (8,200 km) by now – that’s about the same distance as a round trip between Los Angeles, California and Honolulu, Hawaii! 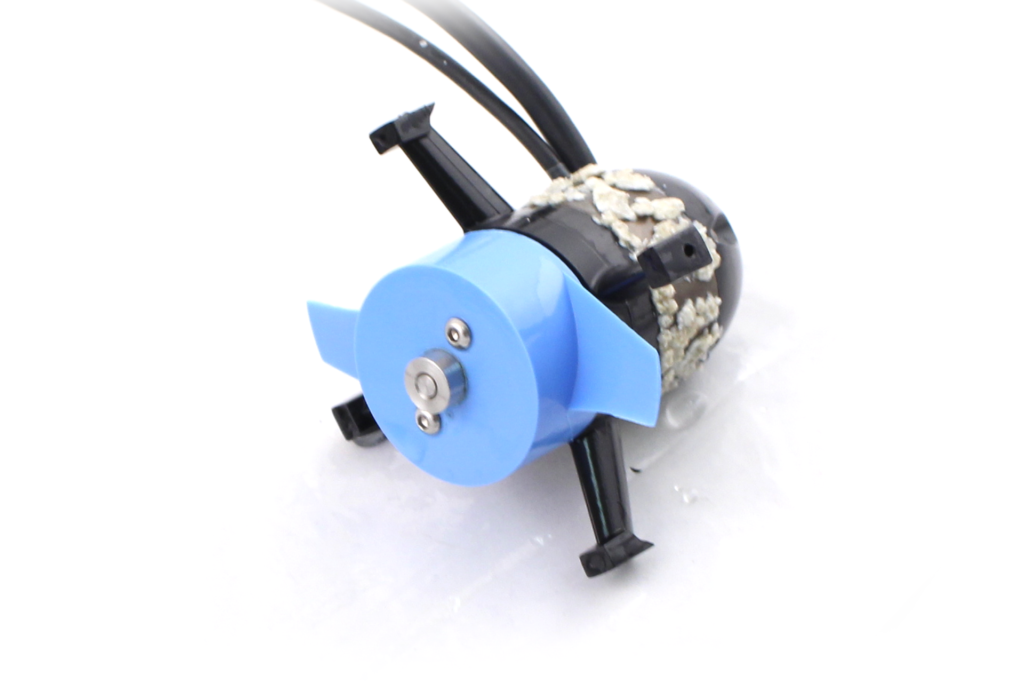 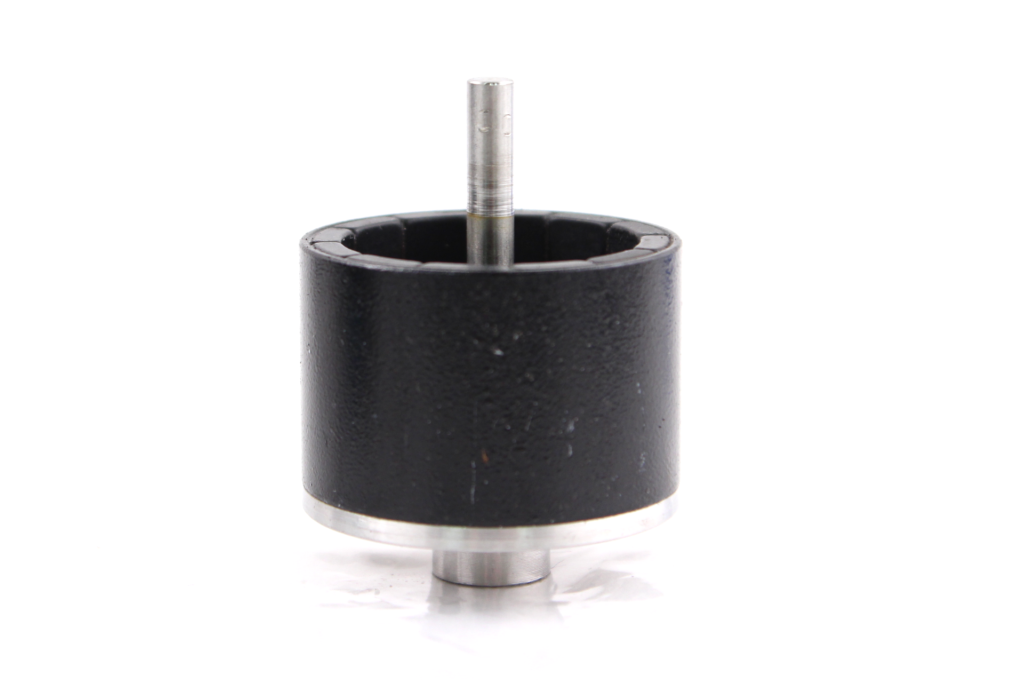 The motor with corrosion on the BlueESC, but nowhere else (left) and the rotor and shaft with no signs of wear (right).


The only damage was the corrosion of the aluminum case of the BlueESC. This was caused by the chlorine we used to treat the water. Fortunately, these conditions are actually much harsher on aluminum than sea water. We’ve since reduced the amount of chlorine we use but the original corrosion on the BlueESC remains. Just as a reminder, we recommend rinsing the thruster off with fresh water, especially after use in sea water or chlorinated water. 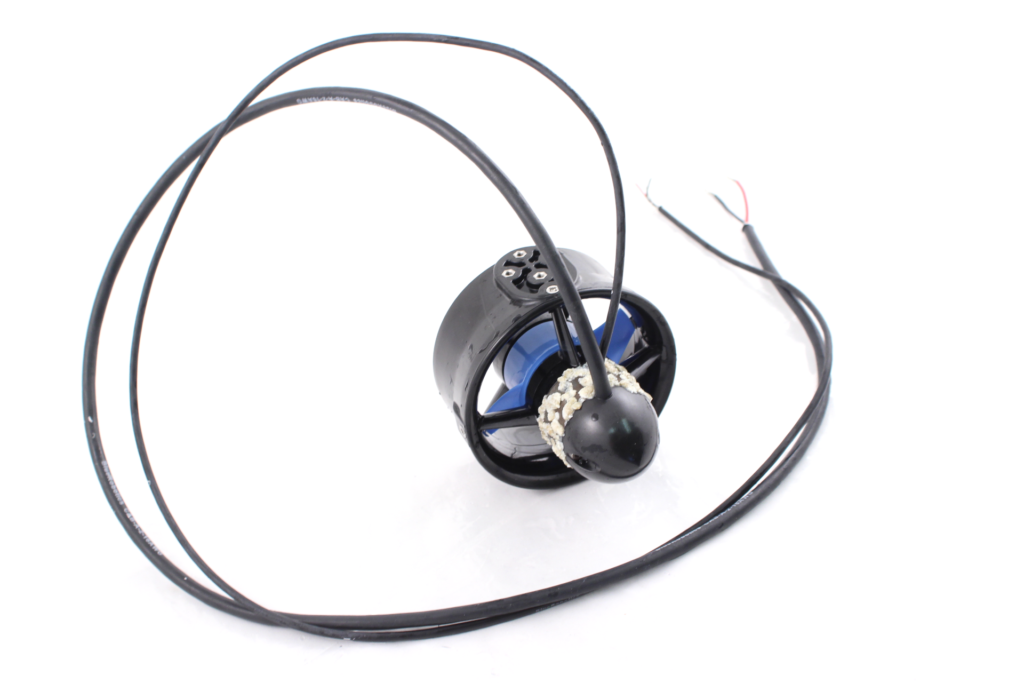 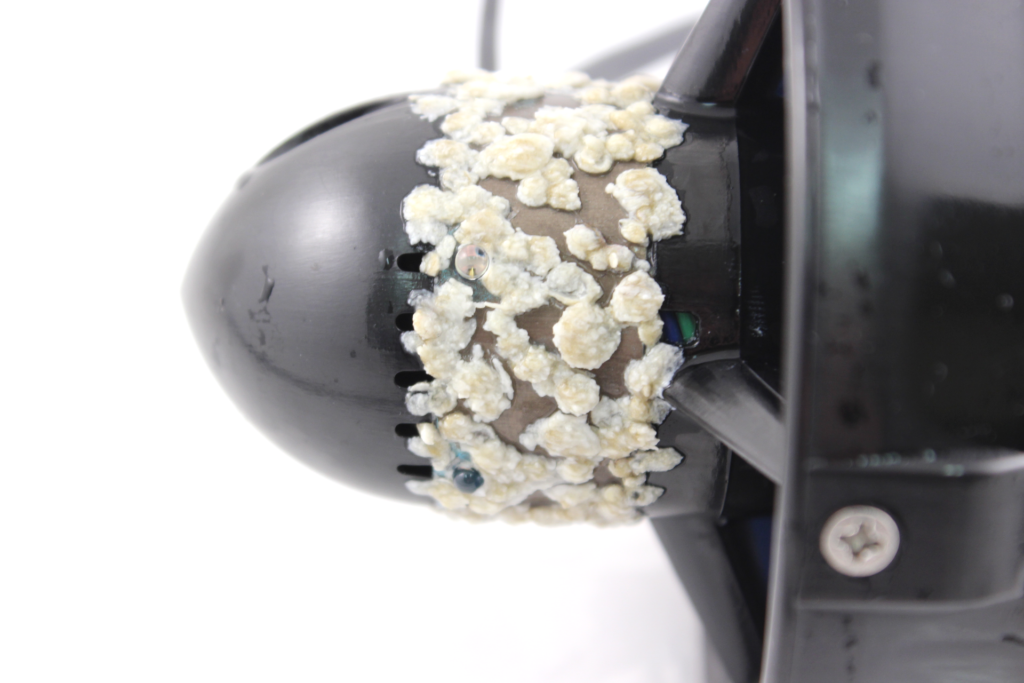 The T100 fresh out of the testing tank (left) and corrosion on the BlueESC (right).

We will continue to run this thruster until it dies. There are a few components that we expect will eventually wear out, including the bearings and the stainless steel shaft. In real world applications the thrusters might experience biofouling or jamming with debris long before actually wearing out. We don’t know what will fail first. Only time will tell!