We finally have a new update with current progress, current schedule, and a few other announcements.

First of all, we recently passed the one year anniversary of the T100 Thruster Kickstarter launch – what a year it’s been! We’ve grown from a few guys in a garage to shipping almost 1500 thrusters around the world. We are still behind on our Kickstarter shipments, unfortunately, but we’re catching up fast! We want to thank everyone for their patience and can’t wait to see what you’ve been doing with your thrusters!

Just a few days ago we were recognized by Marine Technology Reporter Magazine as the “Start-Up of the Year” in their MTR100 review! We are very proud and honored to be included. Check out the write-up here.

In June we announced a few new products including Subsea Buoyancy Foam, Cable Penetrators, and spare thruster parts. We followed that up in July with the announcement of our new line of Watertight Enclosures! These high-quality enclosures are rated to a depth of 100m, come in two different diameters and custom lengths, and have modular end-caps. Please check them out if you’re interested. 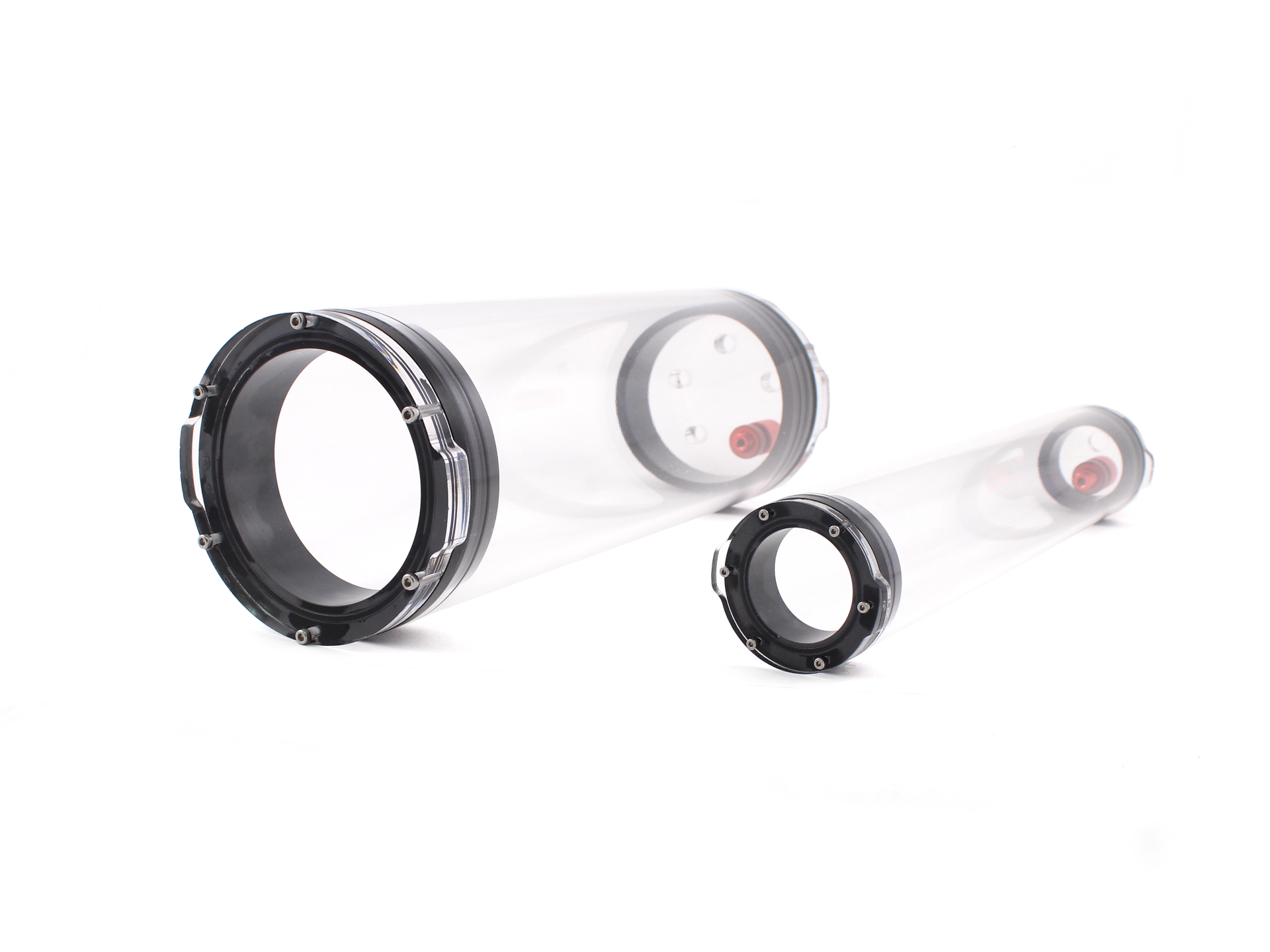 At the end of July we visited the AUVSI Robosub Competition in San Diego. We were a sponsor of the competition this year and many teams were using the T100 Thruster in their vehicles! Below are a few images and you can read more about it here! 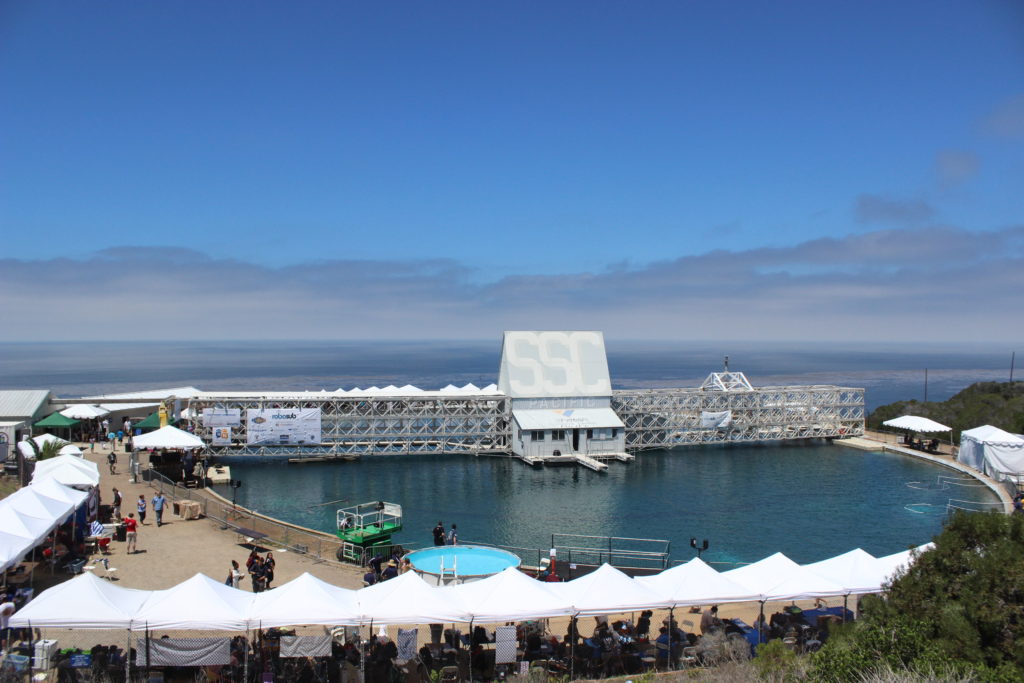 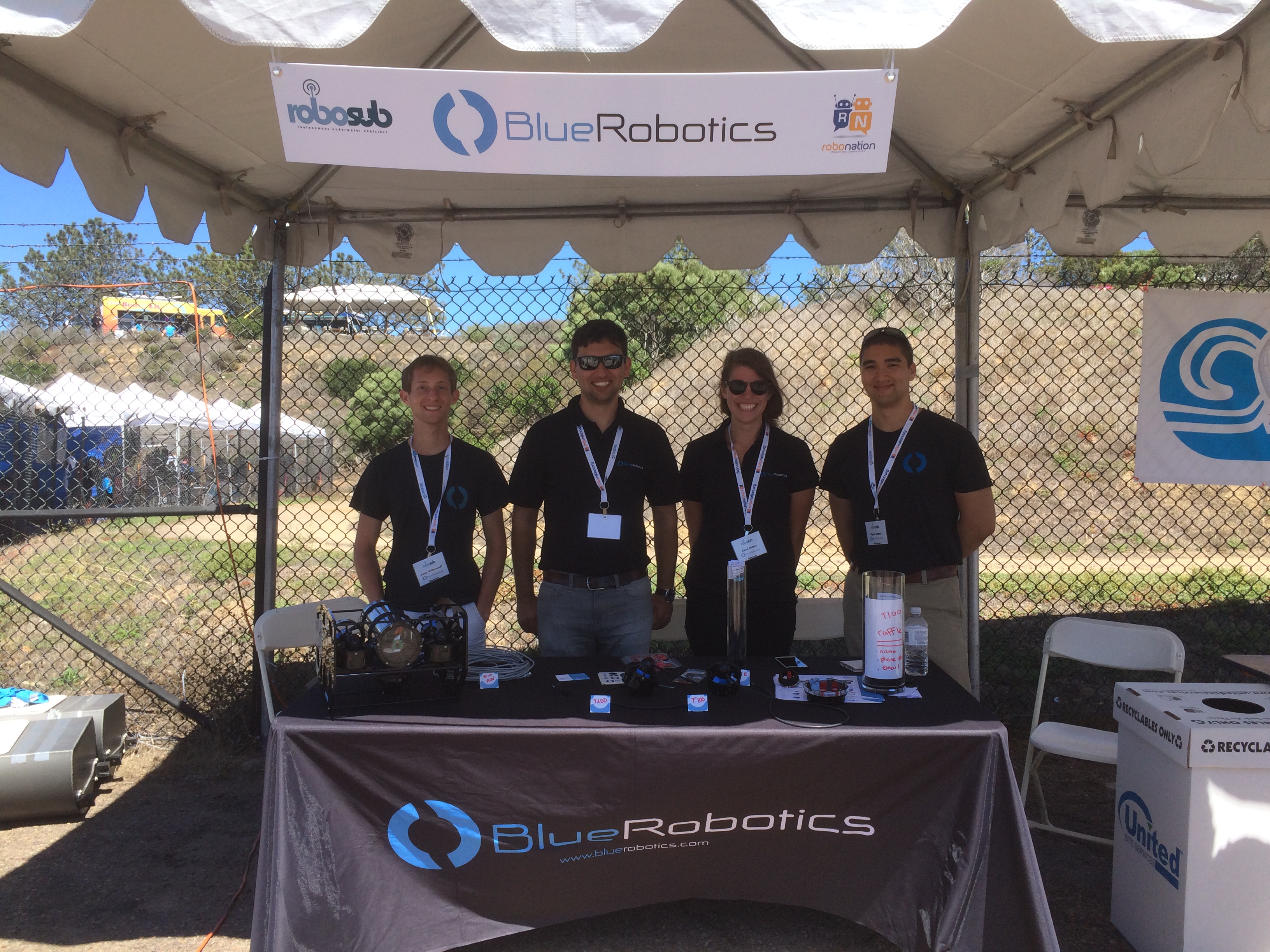 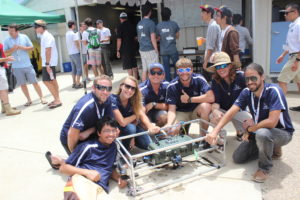 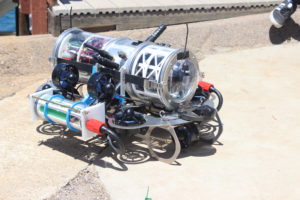 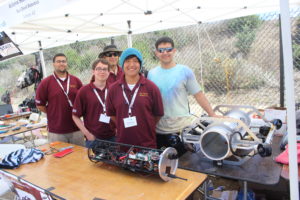 We’ve had a few hiccups that have slowed down our shipping estimates from June, but we have made a lot of progress. We have shipped all T200s (without BlueESC) and we’ve made solid progress on the T100s and T200s with BlueESCs. We’ve shipped some of the BlueROVs but we still have the majority of those remaining to be shipped.

The BlueESCs were delayed by an issue in June. Right after our last update, a customer came to us with several of the first BlueESCs which had died on them all of a sudden. In a panic, we paused all production and shipping of BlueESCs until we could figure out the issue. We did a lot of testing here to try to replicate the issue and eventually concluded that it was caused by a large negative voltage spike that was found in the customer’s power system. We resumed shipping in July and there are a lot of BlueESCs in the wild now without any other issues! Unfortunately, this put us behind quite a bit since many Kickstarter rewards included the BlueESC. 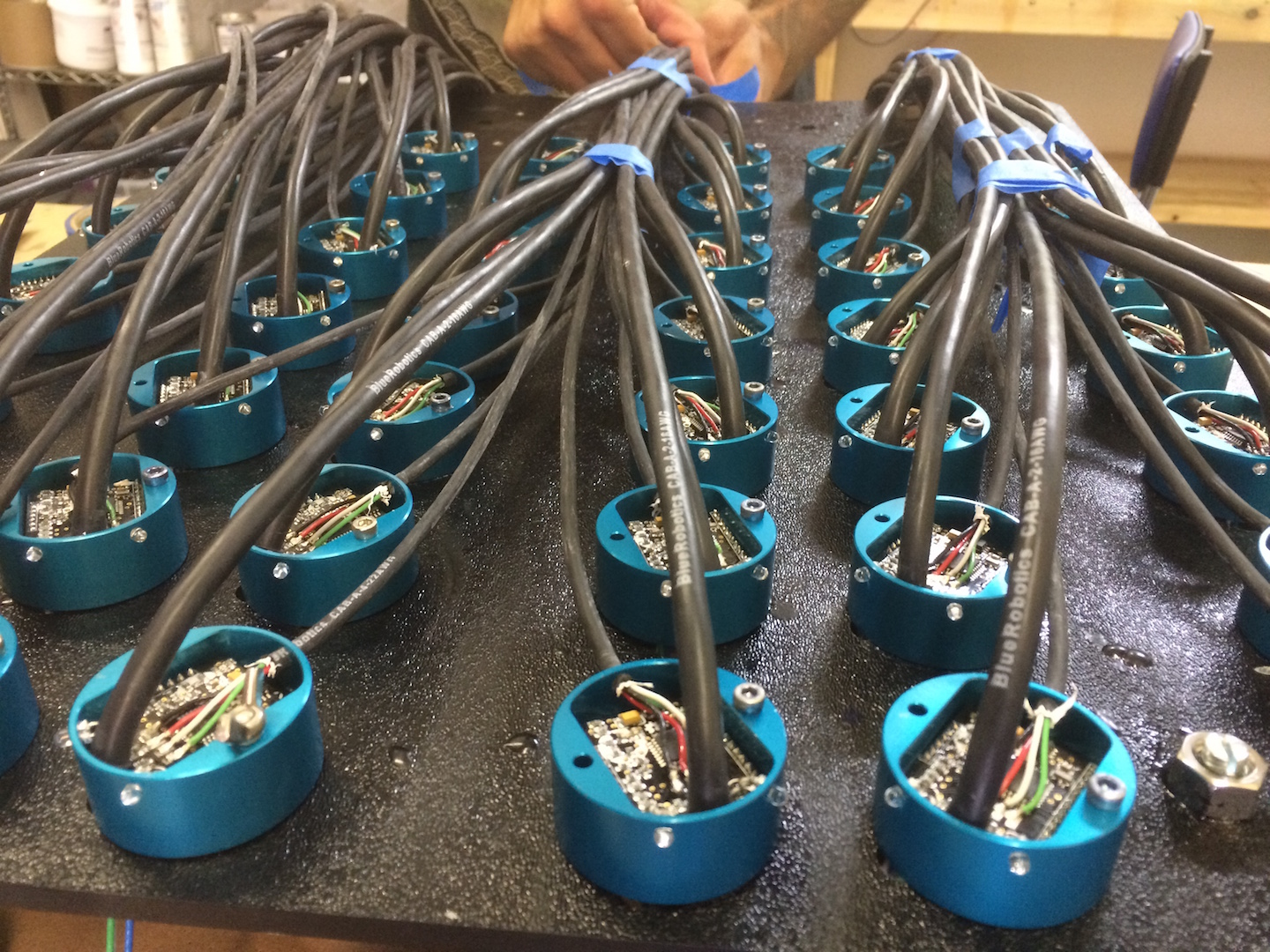 BlueESCs being prepped for waterproofing.

We’ve also spent a lot of time refining the assembly process. We’ve already been building the T100 for a long time but introducing the T200 and BlueESC brought in new issues to resolve! Slowly we’ve managed to cut down the assembly time and improve the processes. With a few added hands, a new production space, and some new equipment everything is going smoother than ever. We’ve still got a lot of shipments to make to finish the Kickstarter, but we’re getting close!

Here’s our current estimated schedule for remaining rewards to be fulfilled. We haven’t done the best job of meeting our estimated schedules so far, but we’re trying to offer the most realistic estimates that we can. We are currently finishing batches of thrusters on a weekly basis so many thrusters will be shipped sooner than indicated. Here’s when we are planning to complete each reward:

If you have any questions or concerns about this schedule or think we are missing anything, please let us know at [email protected]. We’ll be happy to answer.

That’s all for now!

-Rusty and the BlueRobotics Team