The words “autonomy”, “autonomous systems”, “AI”, and the like are thrown around in conferences, product marketing materials, research papers, and prospectus on the future of the marine robotics industry. These terms inspire notions of an exciting future where we ask our robots to perform a task and off they go! While such fantastic visions of the future are important, equally so are the small steps we take to get there. These incremental stages can provide immense value now with less financial risk than an unaffordable solution in the distant future. The earlier we can incorporate low-cost, iterative levels of autonomy into our work, the better our return on investment will be.

The marine environment is primed for opportunities to utilize autonomous systems. Vehicles such as unmanned underwater vehicles (UUVs) and subsea gliders have been taking advantage of this technology for years. These systems have benefited from operating in fairly predictable conditions that usually consist of open water with few obstacles. This environment is comparable to the open sky conditions that enable unmanned aerial vehicles to fly unobstructed. 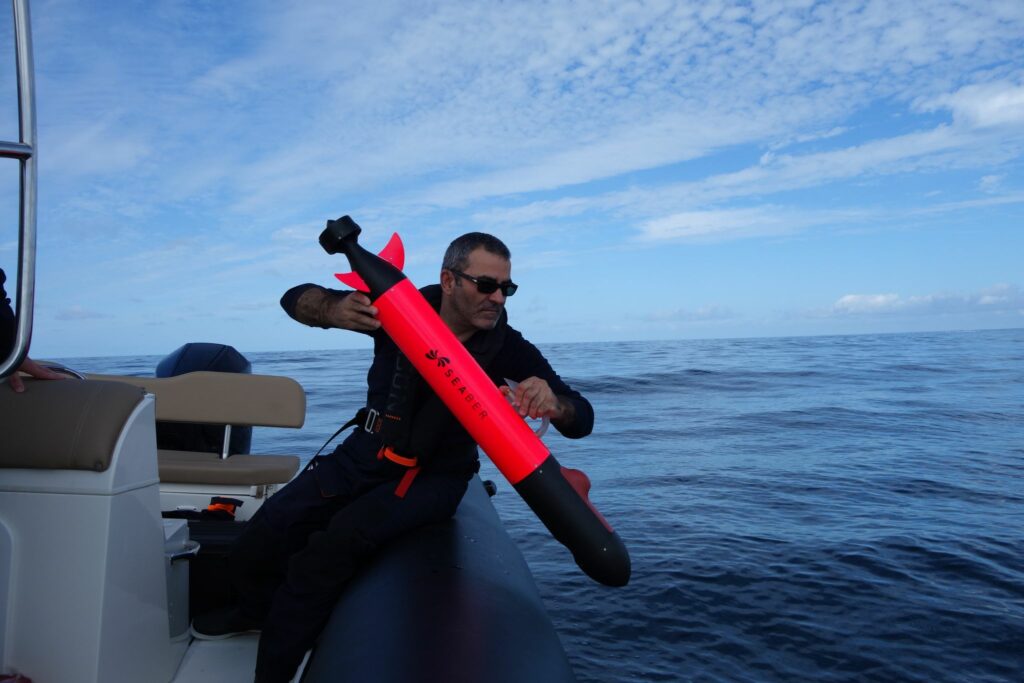 While open water autonomy is useful, the next level of value comes from operating in more complicated and hostile environments, such as those where remotely operated underwater vehicles (ROVs) are typically utilized. In the aerial drone industry, autonomous drones are already creating 3D maps of busy construction sites, following and filming athletes in action, and executing complicated flight plans with precision. One can envision similar applications for autonomous underwater vehicles. Picture an underwater vehicle inspecting a ship hull or aquaculture net and generating a report without human assistance. Imagine a small ROV keeping an eye on an underwater welder in a current without the need for an ROV pilot. Repetitive tasks that are critical to business operations present the greatest opportunity for growth in underwater autonomy.

So how do we get there? How will these advanced autonomous capabilities become ubiquitous rather than inaccessible for the majority of underwater vehicle operators? The answer is for the marine robotics industry to create a foundation upon which these capabilities can be built. A foundation that enables development and growth by providing access to advanced autonomous technology at low cost. This solution requires three things: accessible high-performance sensors, a high rate of system reliability, and core autonomous control software upon which to build advanced mission capabilities. In the remainder of this article, I will be sharing how this foundation is being formed, and what the marine robotics industry can do to further its growth.

Beginning with sensors, anyone who has taken a robotics class or attempted to program a robotic system can express the challenges faced while working in the absence of capable sensing equipment. Without good sensors an autonomous robot is blind and does not have sufficient knowledge of its environment to make informed decisions. Above water, drones and ground robots have access to a wealth of precision sensors such as RTK GPS, LIDAR, IR obstacle avoidance sensors, and computer vision systems, all of which have come down in price by an order of magnitude over the past few years. Unfortunately, it is not possible to use most of these technologies underwater. Once below the surface, GPS signals quickly attenuate and visibility is degraded thereby rendering many of the aforementioned tools useless. However, marine analogs such as acoustic positioning systems, doppler velocity loggers (DVLs, which allow precision velocity sensing and position estimation), and imaging sonars do exist.

To enable autonomy in marine robotics at a larger scale, sensing devices need to be more accessible and easier to integrate into affordable vehicles. Fortunately, there are signs of this happening with exciting new developments in the low-cost sensor space. In just the last year, we have seen new DVLs from Cerulean Sonar, Nortek, Teledyne, and Water Linked hit the market that are all available for a fraction of the price of previously available alternatives. These new DVLs are small enough to integrate in even the smallest ROVs, opening up new possibilities for low-cost autonomy.

In addition to the progression seen in DVLs, there are advances occurring in other sensor technologies such as multibeam imaging sonars. These developments will enable vastly more capable autonomous marine systems at a price that allows them to be used at scale. Based on these indicators, I believe that we will continue to see advances in underwater sensor technology and improved pricing throughout the next few years and there will be a paradigm shift in the level of autonomy of low-cost underwater systems.

A BlueROV2 equipped with a Cerulean DVL-75 and a Cerulean ROV Locator Mk II.

While quality, low-cost sensors can enable an underwater vehicle to interpret its environment and improve its autonomy, they are only useful and of value when integrated into a system that is robust and reliable. In the event that an operator is forced to deploy an ROV to search for a vehicle that has not resurfaced, the value and time savings of an autonomous system quickly evaporates. This reliability prerequisite for autonomy is currently a primary focus for us at Blue Robotics. We have built our company around making marine robotics components affordable and accessible to more people. Now, as these individuals continue to push the limits of how our components are used, we have shifted our focus to making our products unquestionably reliable and dependable so that they may provide a foundation for truly amazing applications.

Blue Robotics has many customers developing autonomous systems that depend on our components, such as Seaber in France who has created a UUV for autonomous data collection, or RanMarine in the Netherlands who makes the WasteShark, an autonomous trash collecting USV (Unmanned Surface Vessel). For complex systems like these to be successful, their autonomy must be built upon reliable vehicle systems and sensors. Only with this trust in reliability can the scale of autonomy grow. 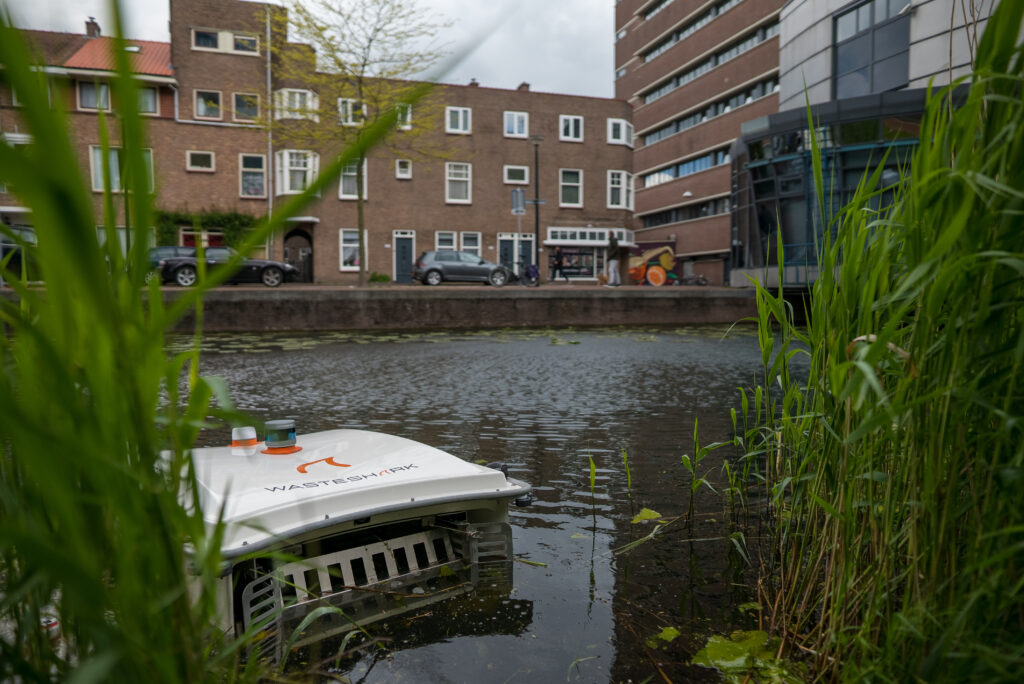 Furthermore, to enable low-cost autonomy in marine systems, we must create affordable control software that provides core autonomous capabilities. These core functions, such as waypoint following and position holding, will enable other, more advanced mission capabilities such as mission planning and autonomous surveying of dynamic subsea terrain. Looking above water, we are again reminded that many such systems exist for drones and ground vehicles that enable out-of-the-box autonomy and sophistication at an affordable price point. In some cases, these solutions consist of free and open source software, like ArduPilot, which enables advanced autonomy and flight planning. These easily accessible tools allow others to build on top of them, creating mission-specific capabilities without having to start from scratch.

Similar software developed for underwater vehicles that supports autonomous operation in complex marine environments has typically been an expensive add-on, often multiplying the cost of the overall system. However, similar to the new low-cost sensors entering the market, there are new and interesting options appearing in this sector as well. One such option is EIVA’s Mobula software, which adds autonomy to vehicles for a small annual subscription price. Also, at Blue Robotics, we develop and maintain ArduSub—a branch of the ArduPilot project, which brings free and open source control software to ROVs. Low-cost solutions like these will provide the foundation to build more advanced, mission-specific autonomous capabilities.

Furthering progress in accessible sensors, high system reliability, and affordable core software with autonomous capabilities will provide the foundation to scale the use of autonomy in marine systems. While the progress in these three areas will come one small step at a time, I believe that it inspires visions of an exciting future for us all to look forward to!

What is Marine Robotics?