This post will show the thruster test stand used to measure thrust, rpm, and power. We’ll describe the test stand itself and a future post will talk about the electronics used to collect data.

Here’s the test stand in action.

Thrust test of a Thruster-100 generating about 5 lb of thrust.

We used a 40 gallon aquarium as our test tank but the test stand is designed to fit on smaller and larger tanks too.

The most important part of the test stand is an accurate load cell that we can measure the force of the thruster. It needs to be able to accurately measure forces in both the forward and backward directions. Unfortunately, the only load cells we could find to do this were hundreds of dollars. Instead, we added some weights to pre-load the load cell to about half its capacity and tare the sensor before making any measurements. The Measurement Specialties FC-22 is used. It is inexpensive and can measure from 0-25 lbf with +/- 1% accuracy. 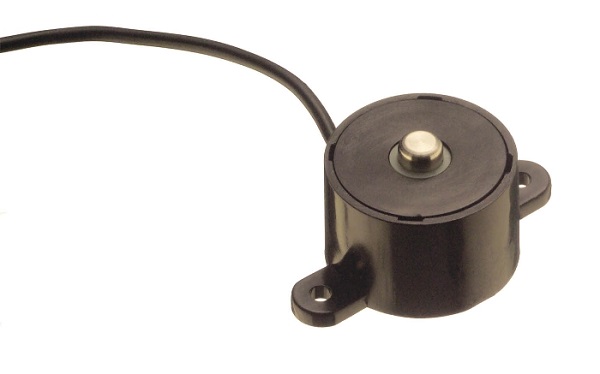 The Measurement Specialties FC-22 used to measure the thruster force.

Evolution of a Thruster