Please note! We will be closed for a national holiday on Monday, July 4th and we will resume normal operations on Tuesday, July 5th! Dismiss 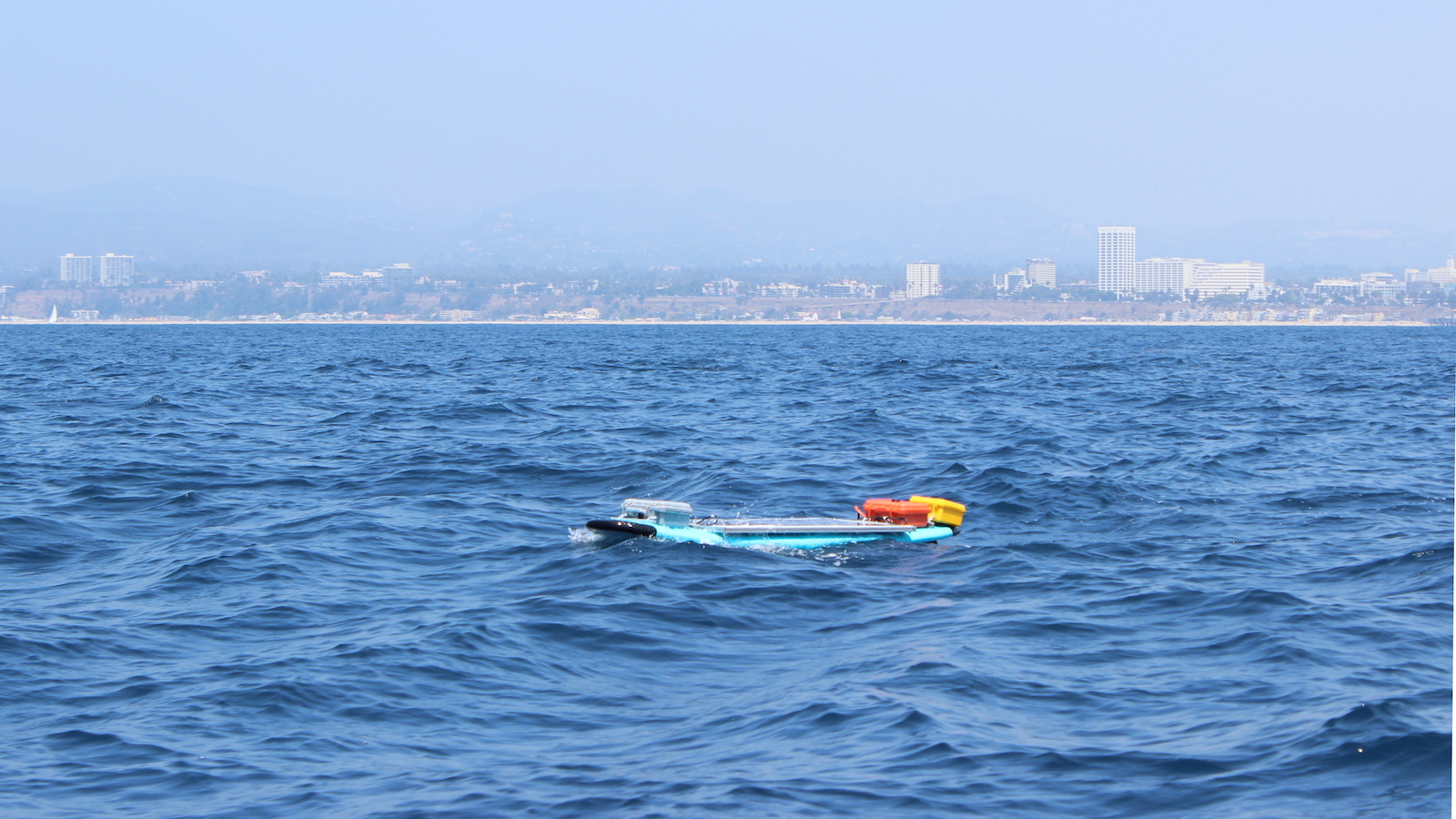 SolarSurfer in the ocean off the coast of Los Angeles

Two weeks ago we tested the SolarSurfer in the ocean for the third time.

We were fortunate to have access to a boat for two days and we successfully completed an overnight trip and covered 20 km.

The boat was loaded with tools and the SolarSurfer and we headed out to sea, stopping about 1.5 miles offshore to launch the SolarSurfer. We spent a few hours debugging some small problems before we got everything working correctly.

Once we were confident that is was working properly and that it was clear of boat traffic near shore, we turned ourselves around and headed home for the night. The SolarSurfer stayed in the ocean and continued on its waypoint path out to sea.

By 6 in the evening, the power from the sun had reduced to almost nothing. At this point, the SolarSurfer had traveled about 6 km in 3 hours. The thruster automatically shut off and the SolarSurfer started to drift for the night. We ended up with a really interesting plot view of the surface currents that you can see in the map below. At first, it drifted towards shore and we were worried it would run aground before the morning, but then looped around. By the morning, it was fairly close to where it had started to drift.

The SolarSurfer “woke up” and continued on its journey at approximately 8:30 in the morning, despite thick cloud cover. It continued its path westward until we turned it around with an updated waypoint command. We intercepted it with the boat around 11:30 am after it had covered another 4 km. Success.

One of the risks we are most concerned about for the LA to Hawaii trip is seaweed entanglement. We tested some seaweed removal maneuvers that could be performed autonomously if necessary. The SolarSurfer was manually driven into a large piece of floating kelp and then driven in circles to entangle the kelp around the keel. In five tests, we were always able to clear the kelp from the keel by maneuvering forward and backward several times. 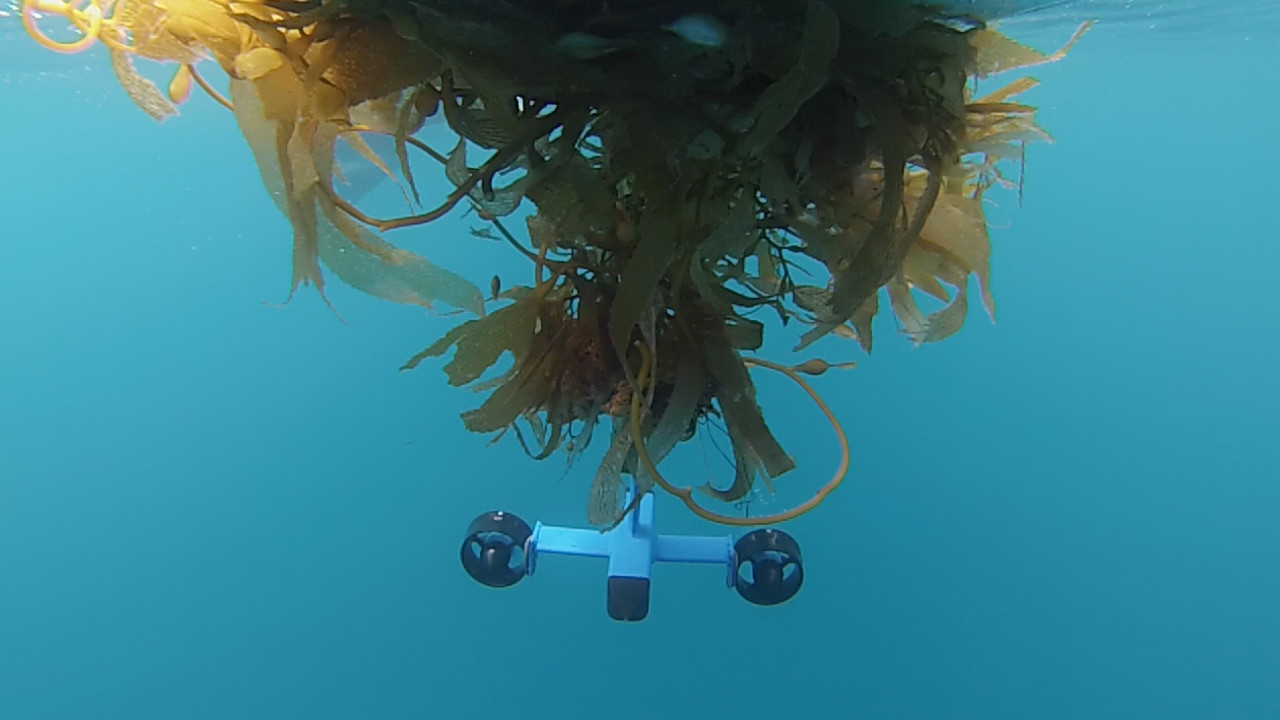 Seaweed tangled around the keel during testing. Removal was fairly easy.

Stay tuned for our next test and upcoming launch to Hawaii!

The Kickstarter is Live! Let’s do this.