This guide is retired as of 07 June 2019, but will still be kept up for customers who have older WL Integration Kits. The new R2 Integration Kit guide can be found here. 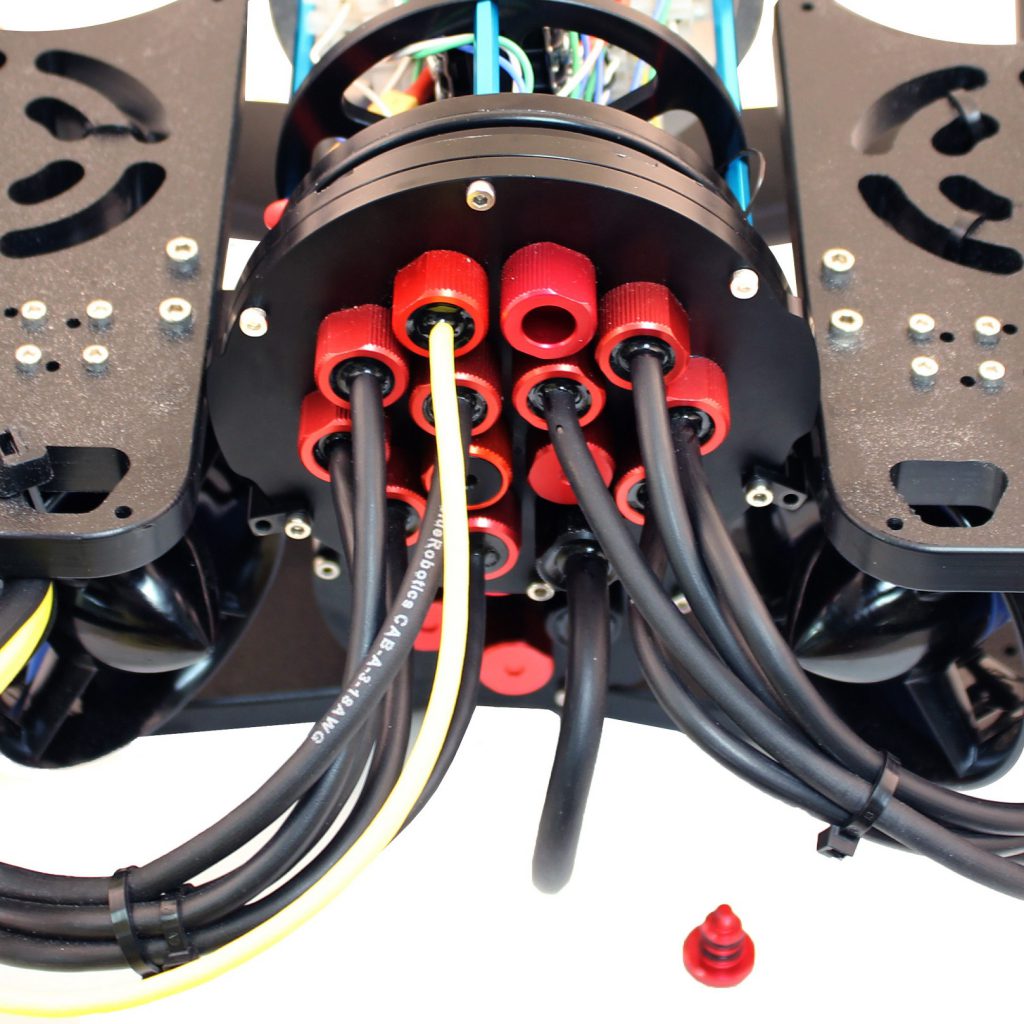 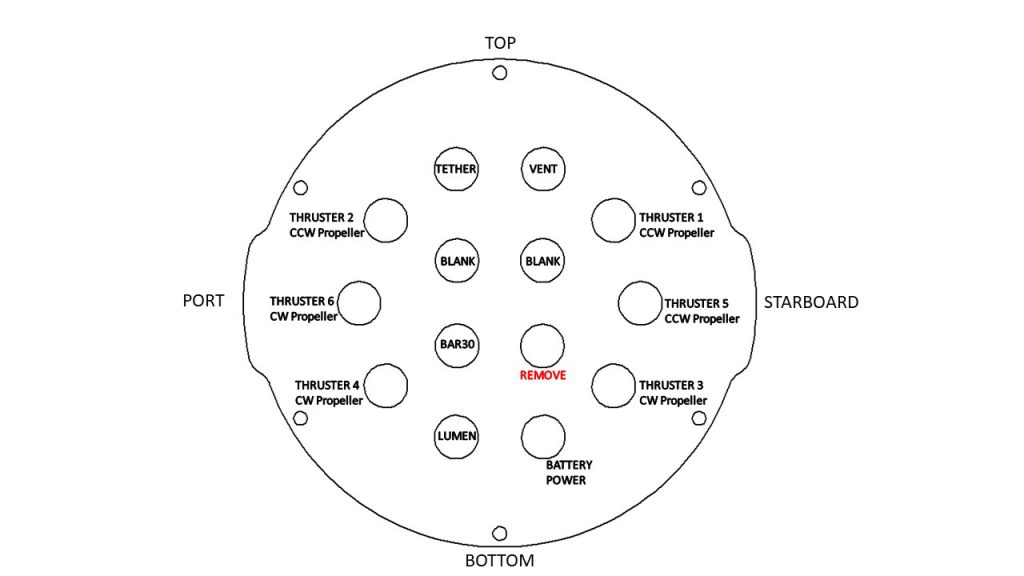 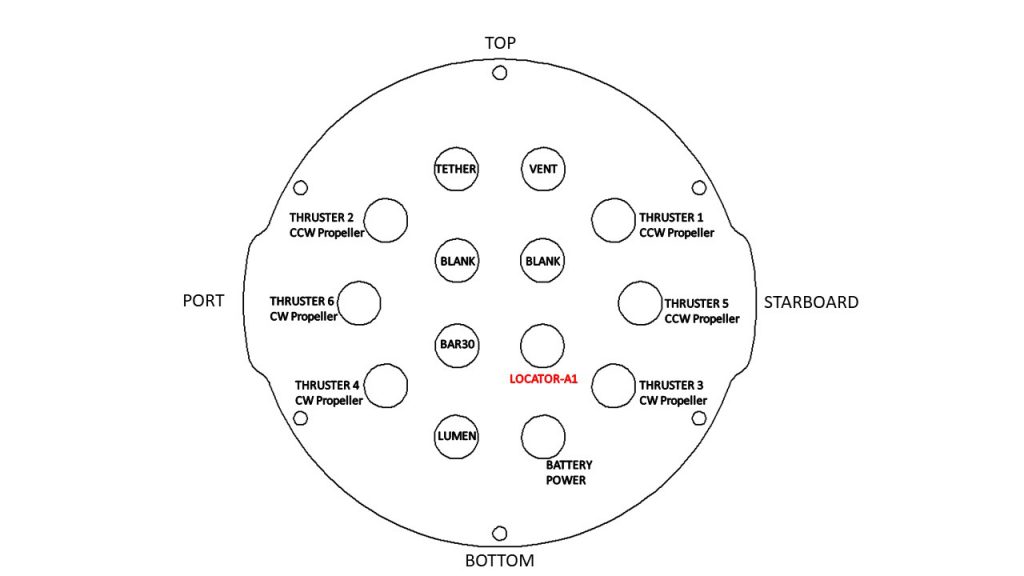 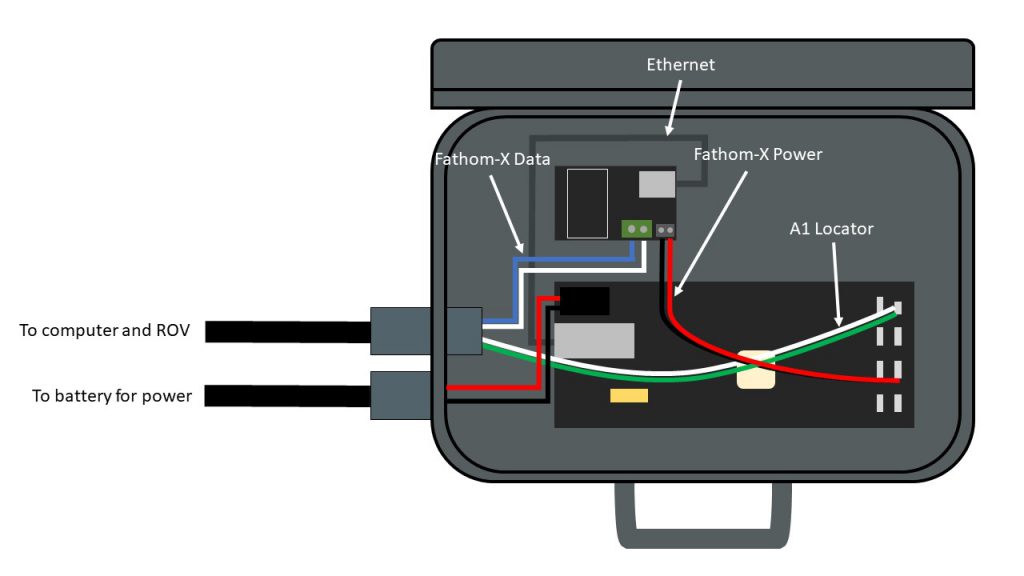 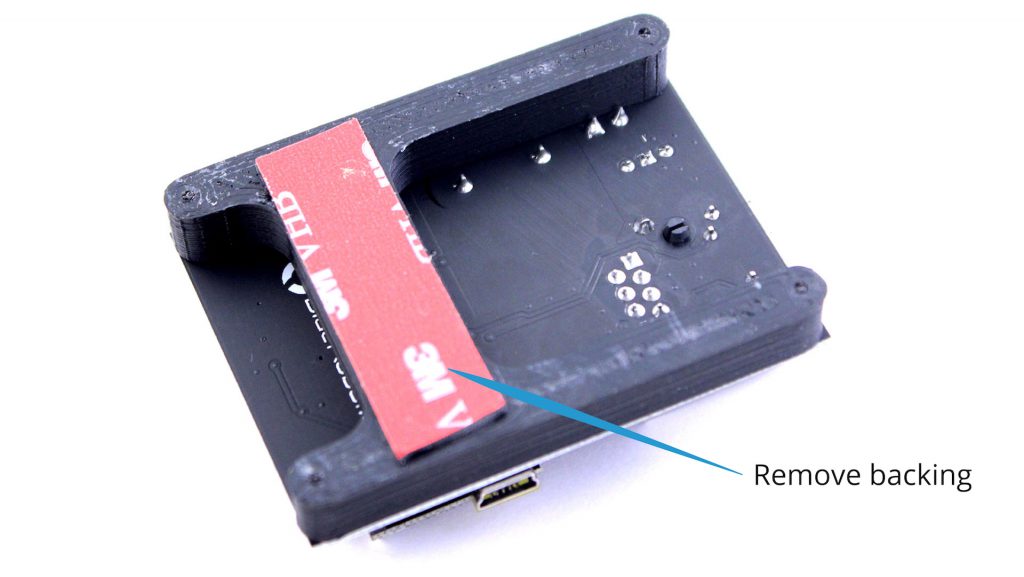 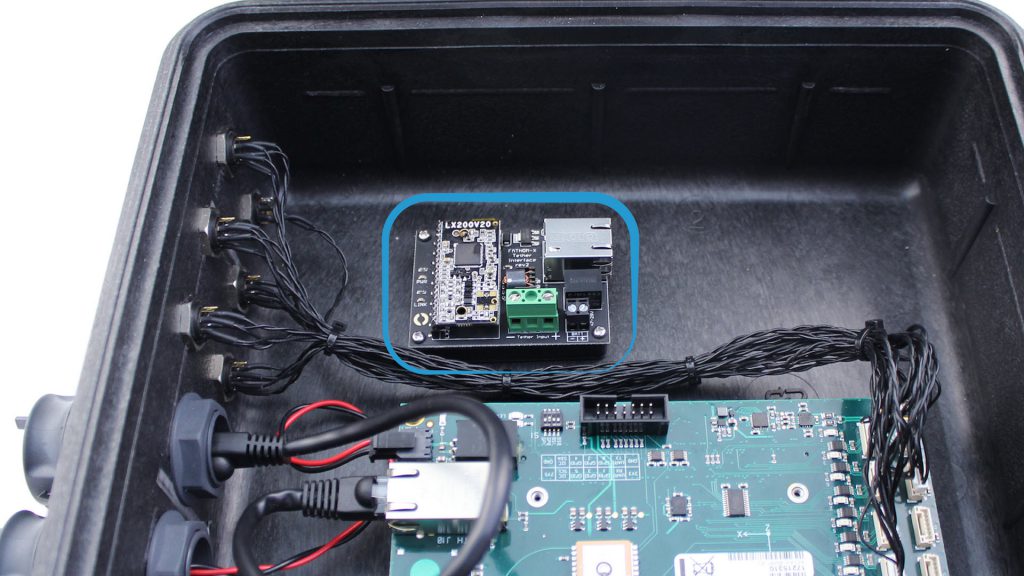 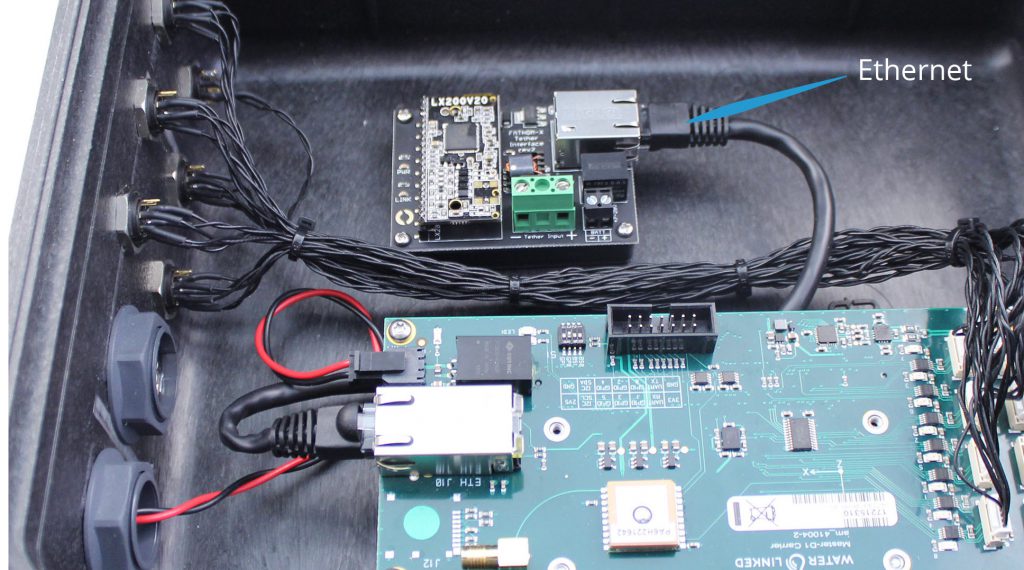 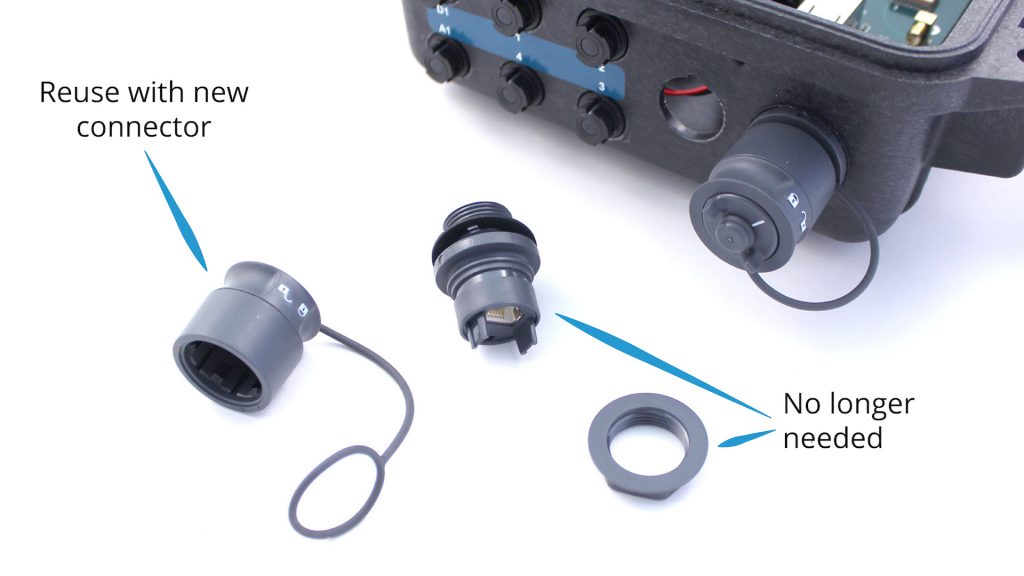 5. Install the new bulkhead connector into the same hole, making sure the circle on the connector body is facing upwards. Replace the protective cap. 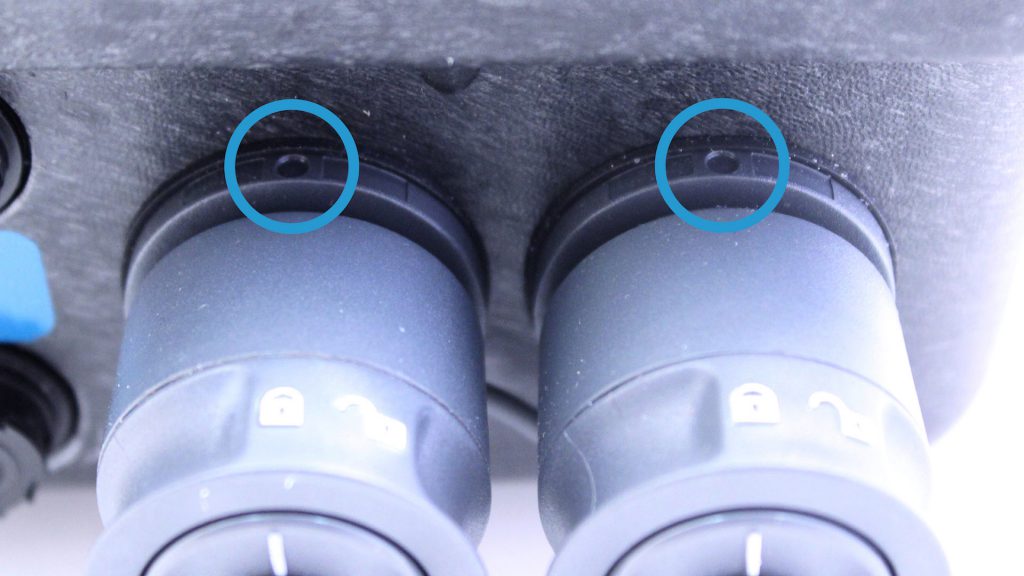 6. Using a small flathead screwdriver, connect the red and black wires to the positive and negative tether input terminals on the Fathom-X board.

7. Next, unplug the small A1 plug from the top right corner of the Water Linked board. Plug in the new A1 plug and leave the original one hanging loose. 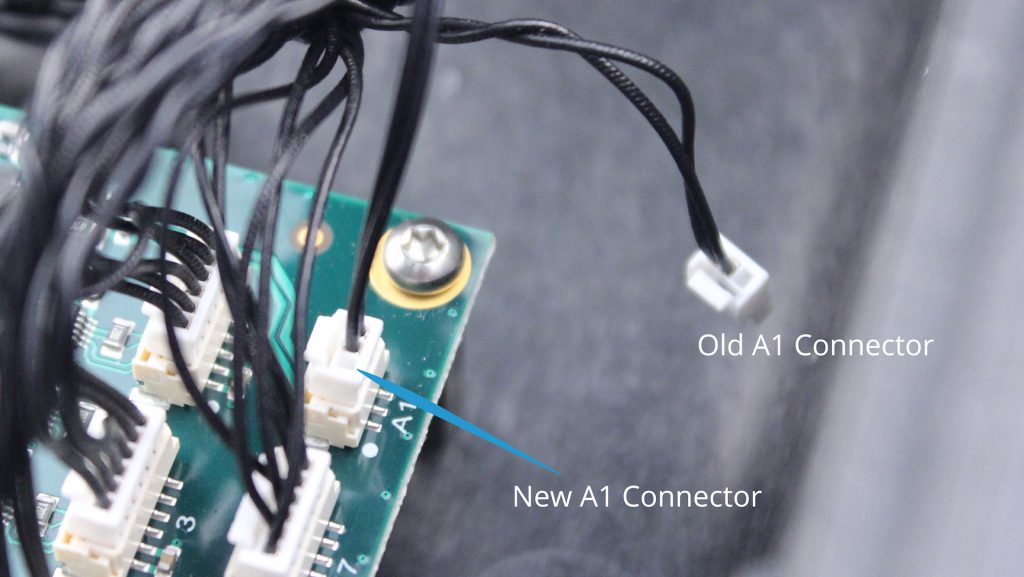 8. Plug the Fathom-X power cable into port D5 or D6 on the Water Linked board. Then connect the ferrules on the other ends of those wires to the positive and negative power input on the Fathom-X board (black terminal block). 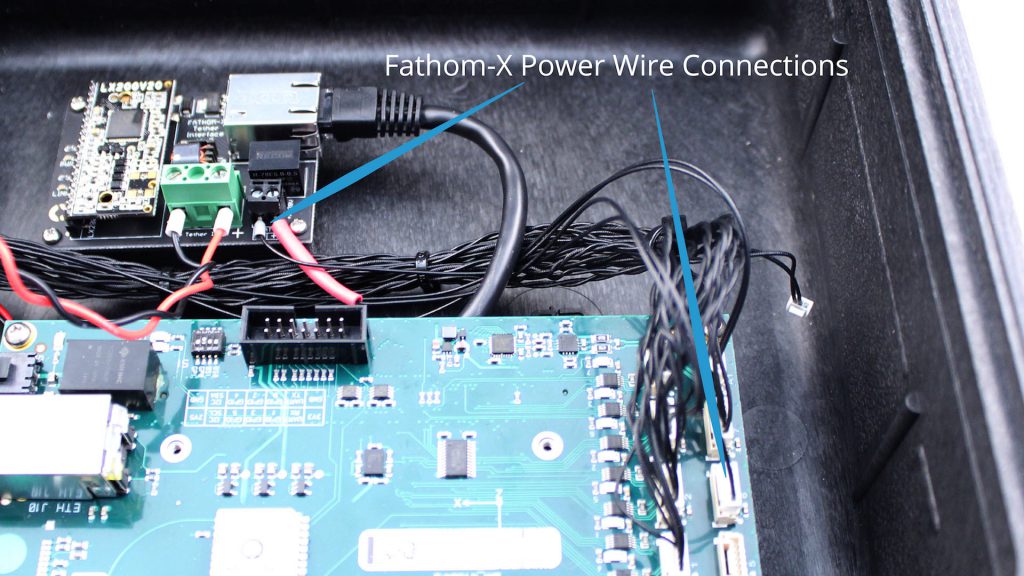 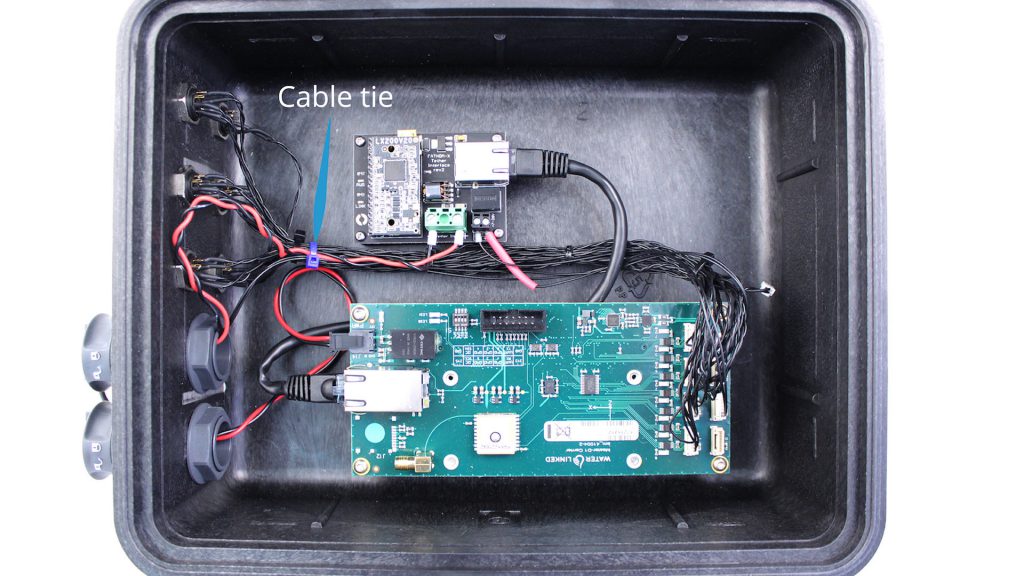 Nice job! You’re done with modifications to the Water Linked box. Up next, we’ll show you how to connect the box to your ROV.

If using an FXTI (recommended method) 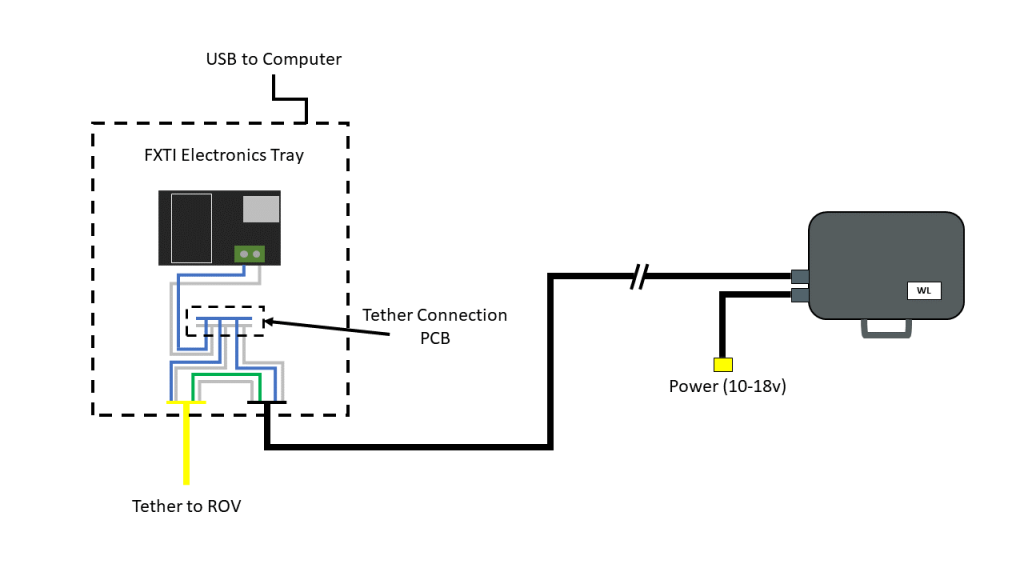 2. Thread the Water Linked Box to FXTI Cable into the open port and secure in place with the 3D printed spacer and black penetrator nut.

4. Connect the green and green/white Locator-A1 wire pair into the green and white pair on the Binder connector pigtail, matching colors. 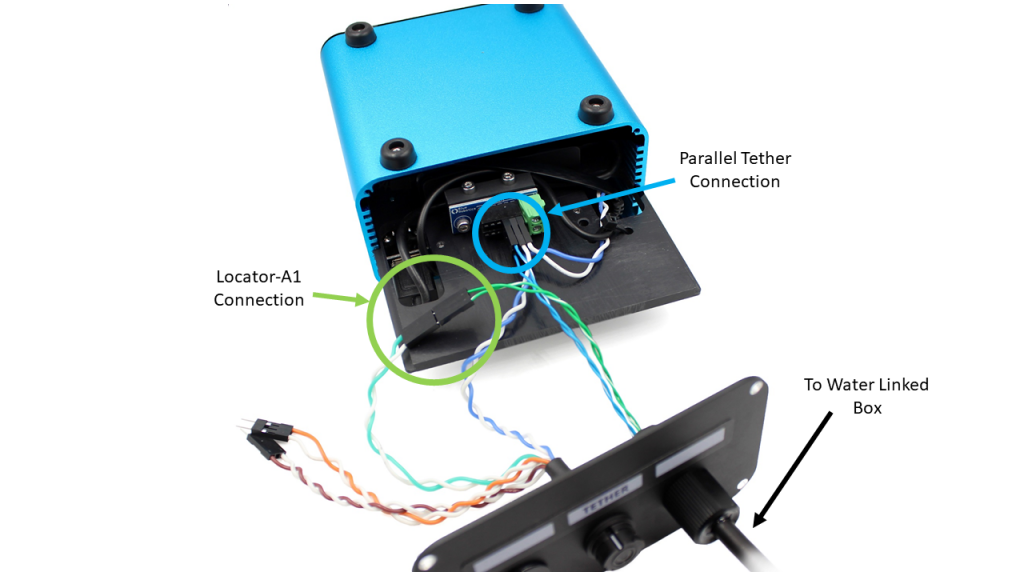 If using the terminal block and a Fathom-X (depreciated method)

The connections made near the topside Fathom-X interface and topside computer will connect the ROV, Topside Computer, and Water Linked systems to each other. Here’s a high level diagram of what that will look like:

These connections are made on a terminal block with a few provided wires. Note that this isn’t the nicest solution in the world, using an FXTI as shown above yields a much cleaner installation. Below is a diagram of how the components are connected together along with step by step connection instructions. 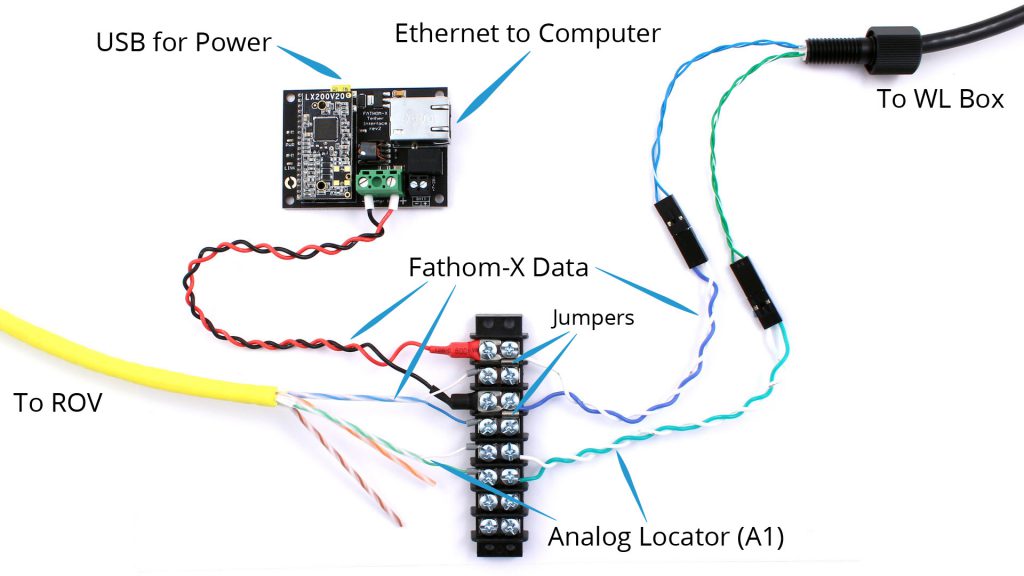 1. Connect the red and black wires to the topside Fathom-X board. White and blue heatshrink is used to show the functional connection to the other twisted pairs. 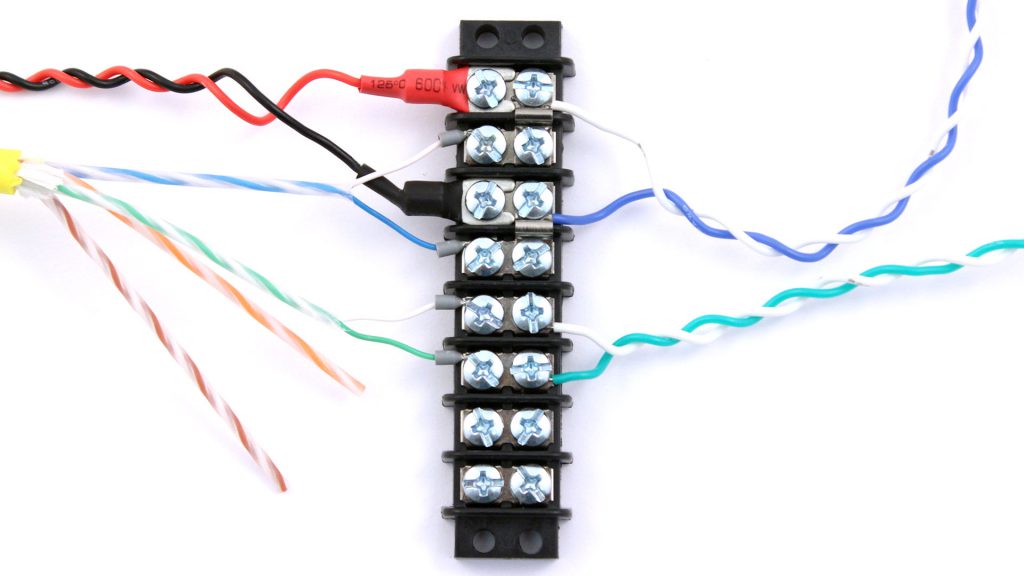 We strongly recommend mounting the Fathom-X and terminal block in a protective box or case. The wiring here is fairly fragile and easy to damage.

2. Connect the topside computer to the FXTI.

3. Follow the Quickstart from the Water Linked Documentation for:

4. To configure the receiver location Water Linked Underwater GPS system, navigate to http://192.168.2.94/#/receivers in your browser. Please refer to the Receivers section for further information on configuration. 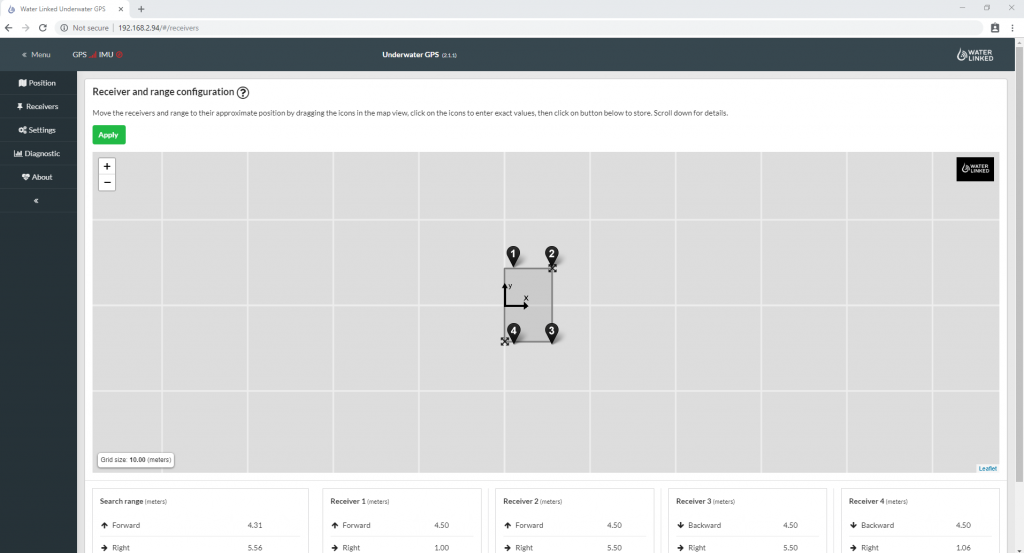 5. Power on the BlueROV2 and dive so the Locator-A1 is submerged a few inches below the surface. 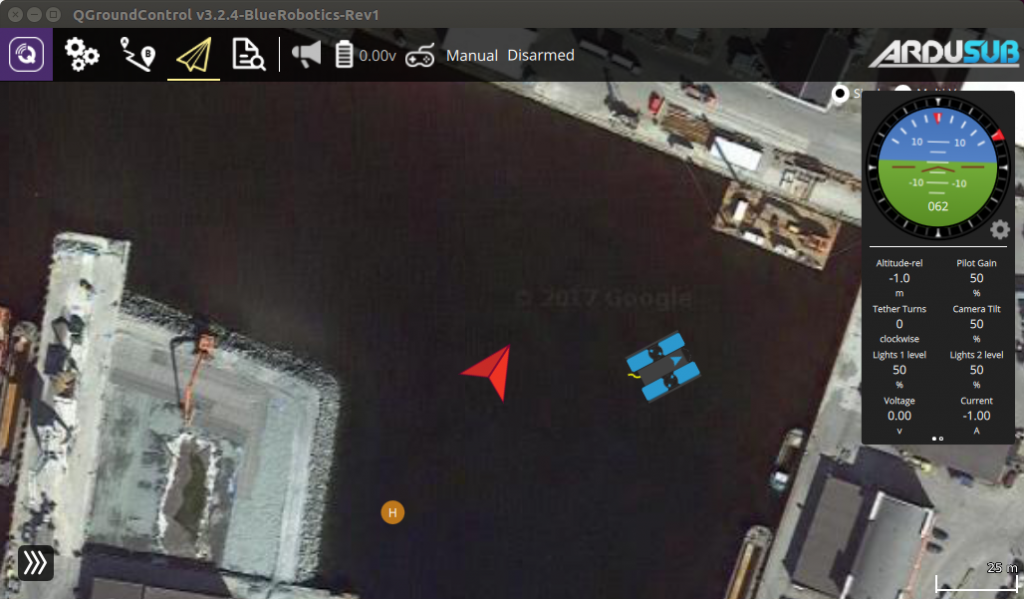