SOS Leak Sensor with an Arduino

Today we’ll be checking out how to use the SOS Leak Sensor with an Arduino.

The SOS Leak Sensor can detect water leaking into an improperly sealed Watertight Enclosure quickly and reliably, before any major damage can occur! Although it was designed to function as a leak sensor, if the sponges are removed from the probes it can also act as a general ‘wetness’ sensor.

Since SOS just communicates with a single digital pin, our setup is about as easy as it gets! 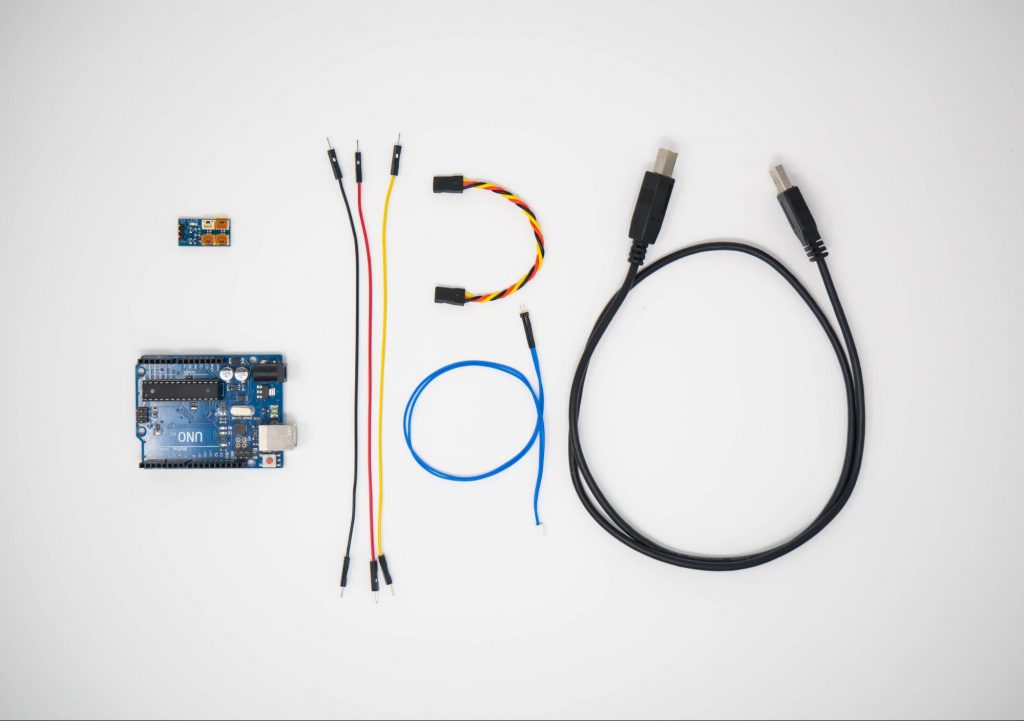 Main components used in this guide.

1. Plug a leak probe into one of the SOS board’s JST-GH ports. 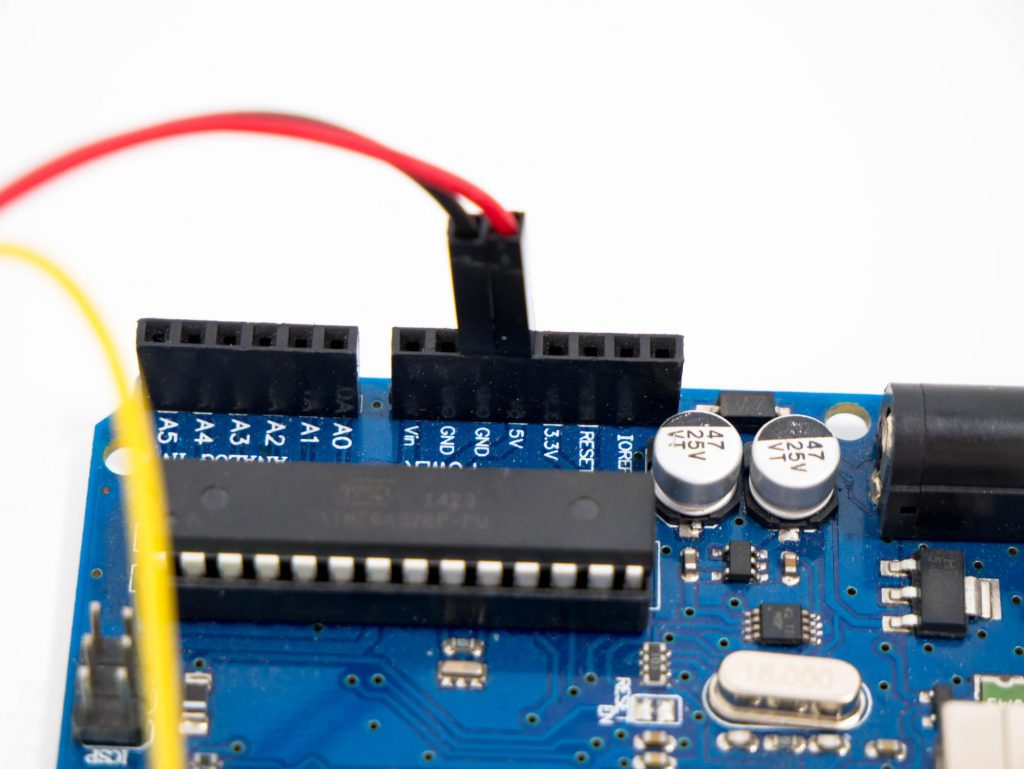 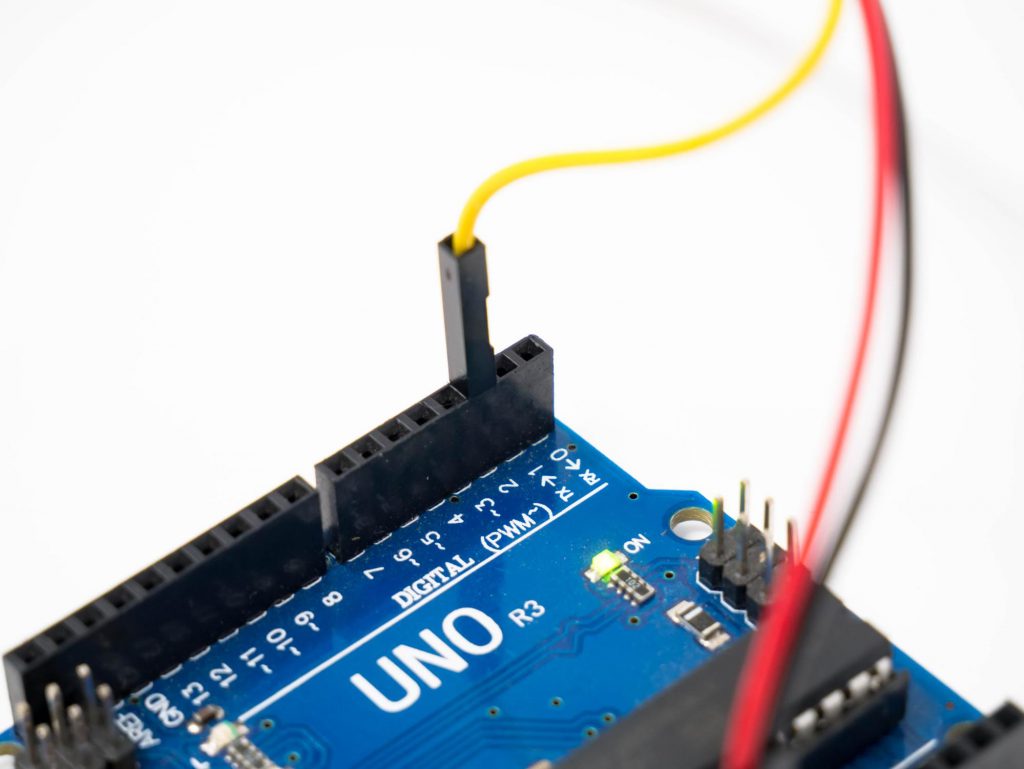 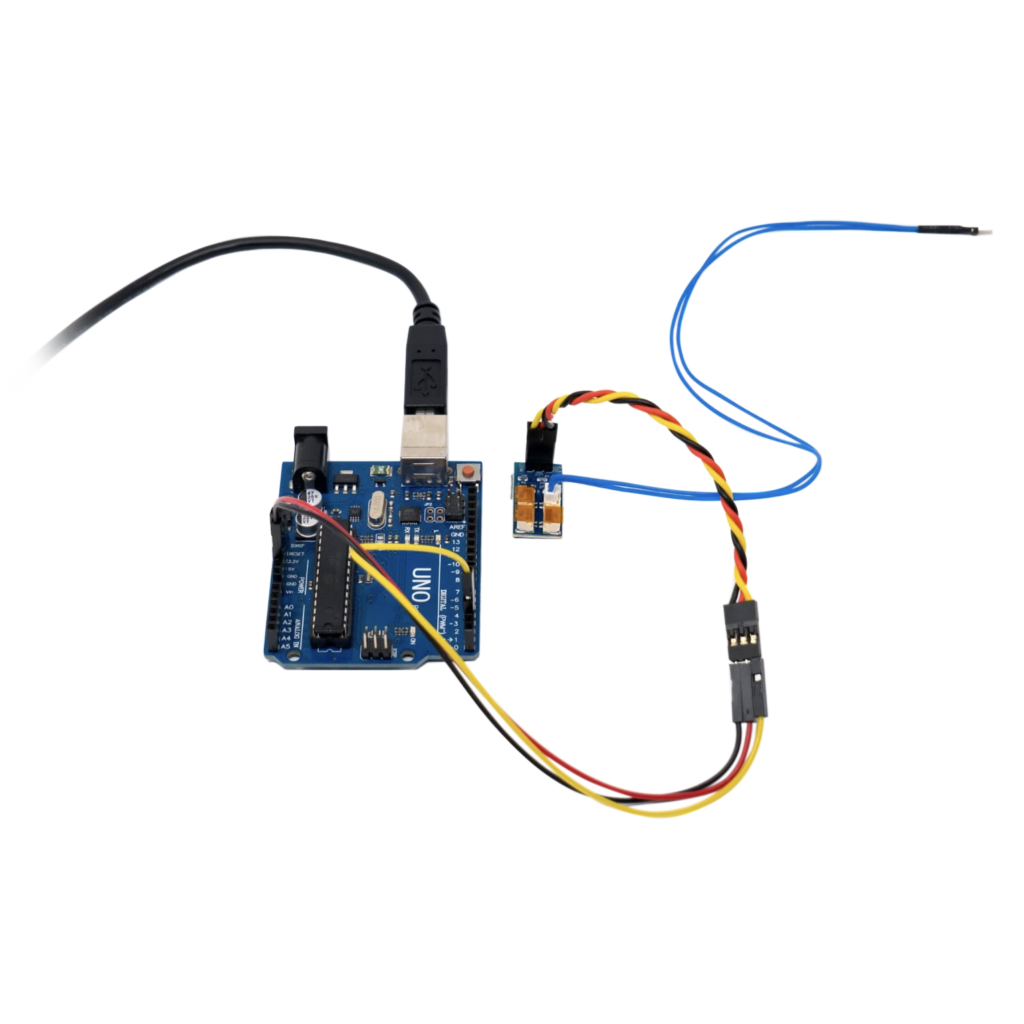 This simple example shows how to read data from the SOS. We’re going to set up the Arduino’s LED as an output, set up digital pin #2 as an input, and monitor the sensor’s output.

The SOS outputs a digital signal, which can either be LOW (0) when dry, or HIGH (1) when wet.

If our program sees a HIGH value, it will print “Leak Detected!” to the console.

1. Download the SOS Leak Sensor GitHub repository by either downloading the zip, or cloning it.

3. Plug in the Arduino to your computer with the USB Cable 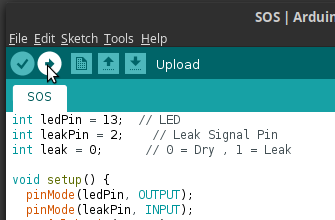 Done! Now several things will happen if the leak probe gets wet:

For the sake of this example, the sponge from one of the SOS probes has been removed to demonstrate that it can instantaneously detect when it is touching water.