Scaling our Understanding of the Oceans with Affordable Marine Robotics

One person taking advantage of marine robotics is Allison Chua, an Oceanography PhD student at Dalhousie University in Halifax, Canada. After getting an undergraduate degree in mechanical engineering, she’s decided to dedicate her PhD to marine robotics. She and her team at the Dalhousie CERC.OCEAN Lab undertook a project sponsored by Exxon-Mobile to use low-cost technology to detect and measure the impact of oil spills and other pollutants in the water with the goal of decreasing detection and response times. To accomplish this, Allison’s team took a low-cost Blue Robotics’ BlueROV2, customized it with an array of chemical sensors, and tested it with a simulated oil plume. The project was a success, and now their goal is to remove the human pilot topside, and move the system to an affordable AUV platform. If they can pull it off, their detection system will provide more researchers with low-cost, scalable tools to study and reduce the impact of chemical spills. 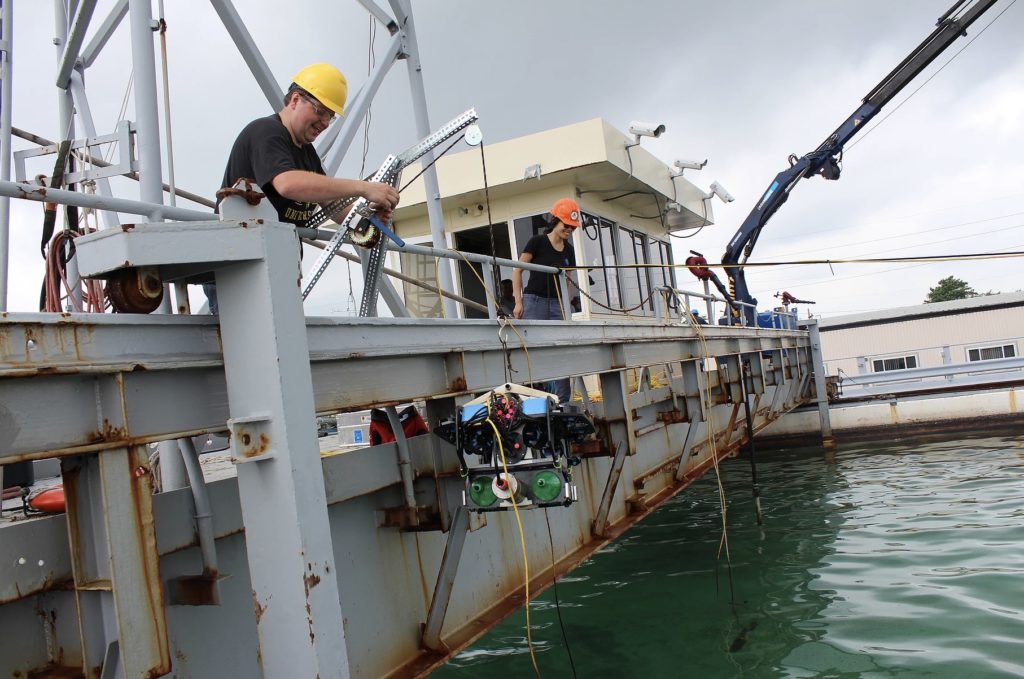 Allison Chua is just one of many students who are inspired to apply their engineering skills and technology to solve big issues facing our planet. I think we’ll see a lot more students like Allison in the next decade!

One of the most impactful drivers that will bring more students into marine robotics is ocean-focused science, technology, engineering, and math (STEM) programs at high-schools and universities around the world. Right now, the US Navy’s Office of Naval Research (ONR) sponsors the RoboSub and RoboBoat competitions through the RoboNation organization. These competitions are extremely challenging, requiring students to push the current limits of autonomous robotics. That, along with the cost of the components needed to participate, has made it difficult for many teams to compete.

At Blue Robotics we do everything we can to support these competitions – we make sure that our products are accessible regardless of budget, we provide open documentation and resources, and we provide support to the organizations hosting these events. Before affordable components were available, many teams were limited in what they could accomplish. Often, their entire budgets were eaten up by the cost of underwater thrusters and most of their engineering effort went into just keeping things dry. Only a few teams made it to the point of accomplishing meaningful competition objectives. With the advent of low-cost thrusters, enclosures, sensors, electronics, and software, they can now focus on solving bigger problems and pushing the limits of marine robotics. 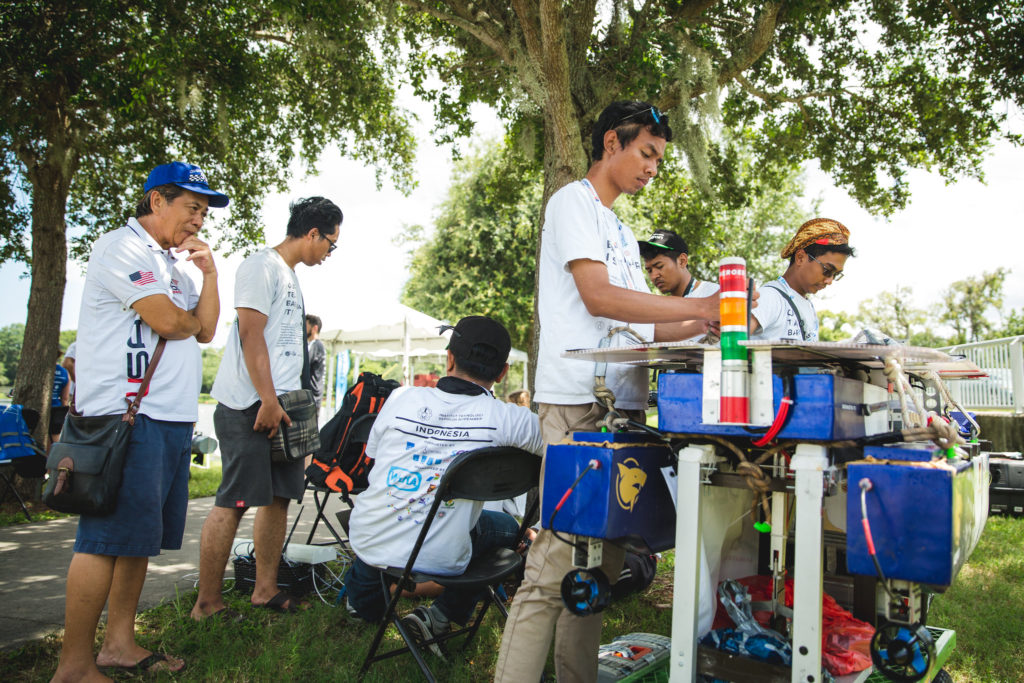 In the last five years, the number of student teams participating in these competitions has increased by over 30% and the technical level at which they compete has risen dramatically, driven by the availability of components and open-source electronics and software. At the most recent RoboSub competition, more than 70% of the teams were using thrusters, enclosures, and other components from Blue Robotics, something that we’re extremely proud of.

Interest in marine technology to understand and preserve the oceans goes well beyond the academic world, and similarly, the enabling effect of low-cost technology also applies elsewhere.

Pierre-Yves Cousteau is the founder and president of Cousteau Divers, a non-profit organization dedicated to uniting divers around the world to protect marine life. As part of that mission, he recently launched an initiative called Project Hermes, an effort to build a network of citizen science data collection devices at dive centers around the world. Each device, called a Remora, will be sent out daily on rental dive equipment and will log georeferenced ocean data at depth. When the diver returns within range of a WiFi signal the data is uploaded to the cloud, generating a huge database of ocean measurements that are updated on a daily basis.

Using a number of affordable components from Blue Robotics to provide an overall low-cost solution, the Remora can be scaled to thousands or tens of thousands of devices passively collecting data points with every dive. 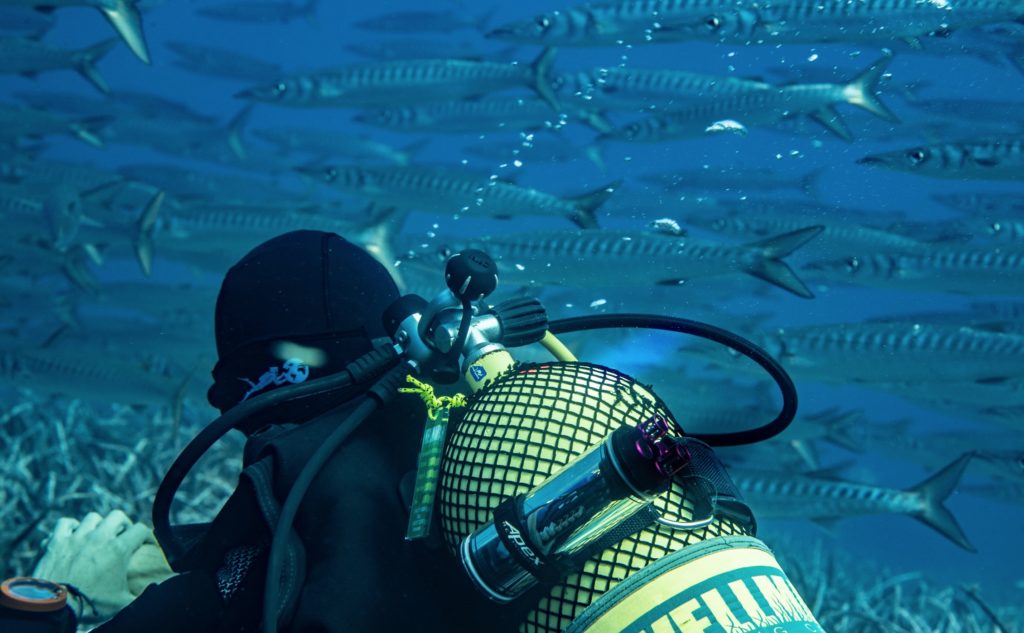 The data from Project Hermes will be made available to scientists around the world and contribute to our understanding of the ocean’s state and how it is changing. It has the potential to contribute to wide ranging scientific efforts and public awareness.

These projects are just a sliver of the opportunities for innovation in marine robotics when it’s affordable and accessible. Since our founding in 2014, Blue Robotics has made it our mission to support that and we will continue to do so into the future. We’re working on growing and improving our product line to enable students, scientists, businesses, and explorers to go deeper and learn more about our oceans. We expect 2020 and the decade that follows to be the most exciting yet for marine robotics!