Blue Robotics uses a variety of screws in its components and assemblies. Because Blue Robotics does not sell individual screws except those that are included with retail packed products, this guide may be used as a reference of where to find replacement or additional screws for your project. 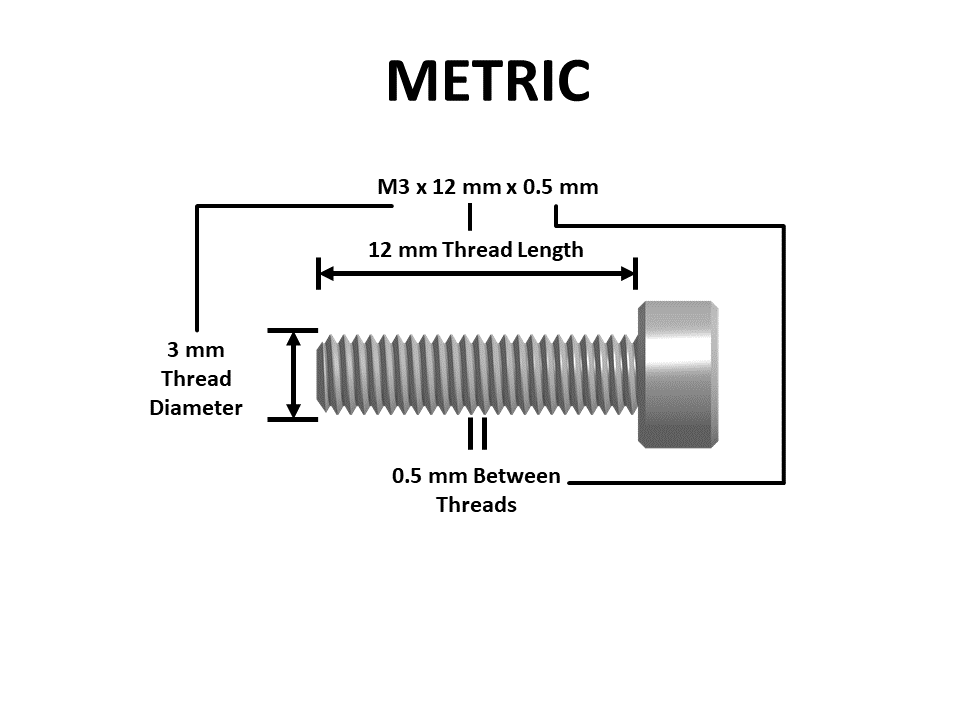 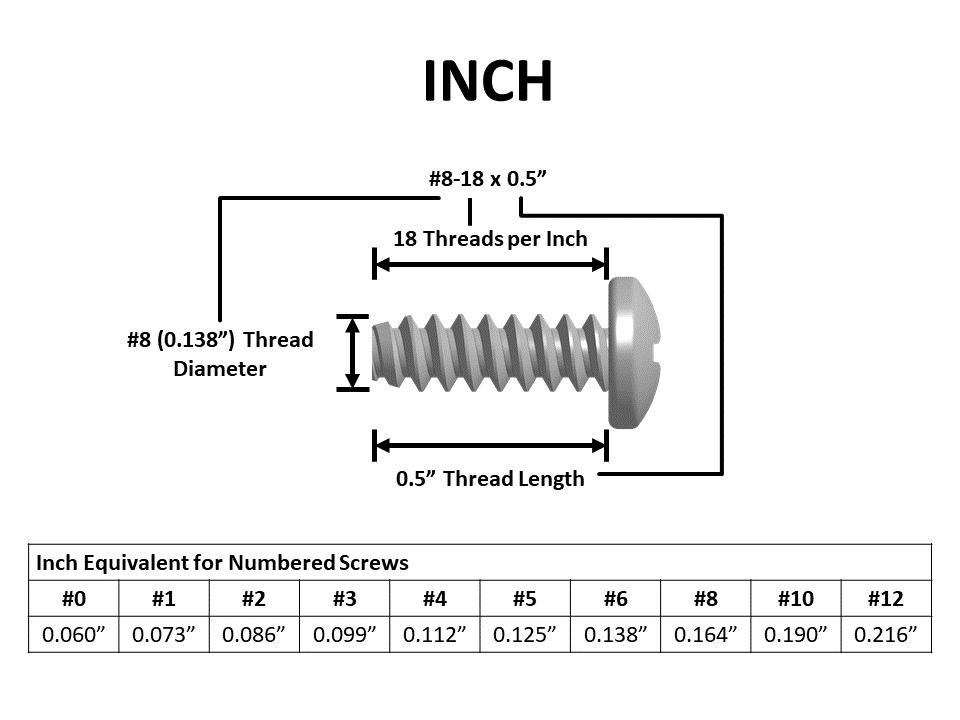 Aluminum screws are corrosion resistant, but weaker than stainless steel. Used when galvanic corrosion may be an issue.

Nylon screws are chemical and oil resistant, non-conductive, and lightweight. May expand when exposed to moisture.

Because the thread pitch is standardized for both metric and imperial screw sizes, it is often omitted. Screw descriptions are often written in shorthand as the following example:

Screws used in all Blue Robotics products can be found in two locations:

1. The “Contents” section of a product page.

2. The assembly guide steps for the relevant product.

Contents Section of a Product Page

The “Contents” section of each product page lists the loose screws that come with each product in its retail packaging. Screws already installed on a product assembly are not included with this list. 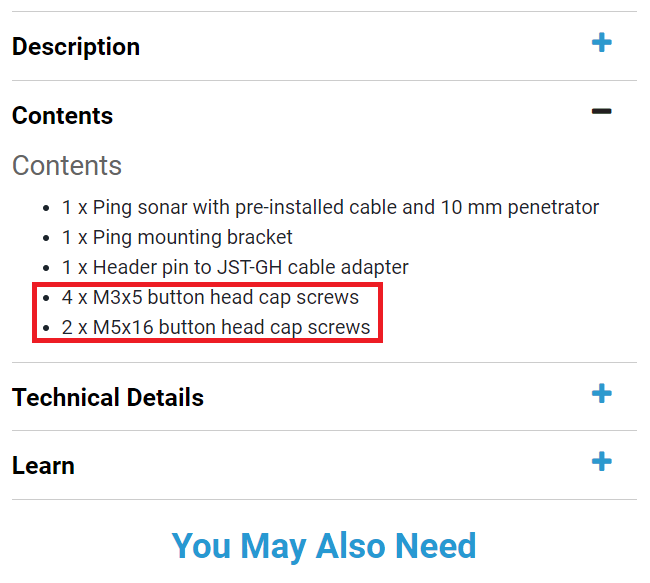 Screws used during the assembly or integration guides are called out during each step. 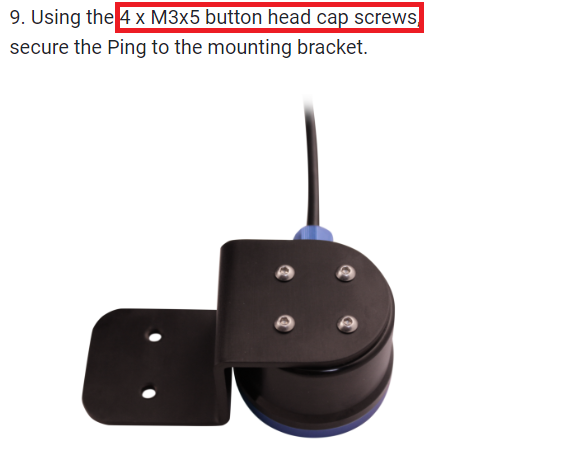 For screws on pre-assembled products, the type and dimensions may be determined by following these steps:

1. Remove the screw from the assembly. Remember where it came from for reassembly. Taking pictures along the way may help.

2. Measure the thread diameter using a set of calipers.

McMaster-Carr: McMaster-Carr is Blue Robotics’ preferred hardware store when prototyping. The company has one of the most complete collections of fasteners and other items for rapid project work.

Amazon: For smaller numbers of screws it may be more beneficial to find what you need on Amazon.

These standard socket head screws have a head height that matches the screw’s thread diameter.

With half the head height of a standard socket head, they fit where space is limited, but their low profile makes their head weaker.

These screws have rounded heads and are suitable for use on exterior surfaces to reduce snags.

Cup point set screws have a thin edge that digs into the contact surface for a secure hold on a wide range of surfaces.

These screws are angled under the head to sit flush within countersunk holes. Length is measured from the top of the head.

These screws have a rounded head, excellent resistance to chemicals and salt water and may be mildly magnetic. They press tightly against formable plastic to resist loosening.