The Outland Technology Power Supply allows the BlueROV2 to be powered through the tether so that you can run indefinitely and without any batteries! It has a safety-focused design that is simple to install, easy to use, and built with the rugged reliability that Outland Technology is known for. Installation is easy and straight-forward by removing the battery enclosure, installing the OTPS enclosure, and installing a new tether carabiner.

To remove the battery enclosure from your BlueROV2 and install the Outland Technology Power Supply (OTPS) ROV Enclosure, you will need the following tools:

2. Remove the bottom panel from the BlueROV2 frame with a 3 mm hex key or driver. 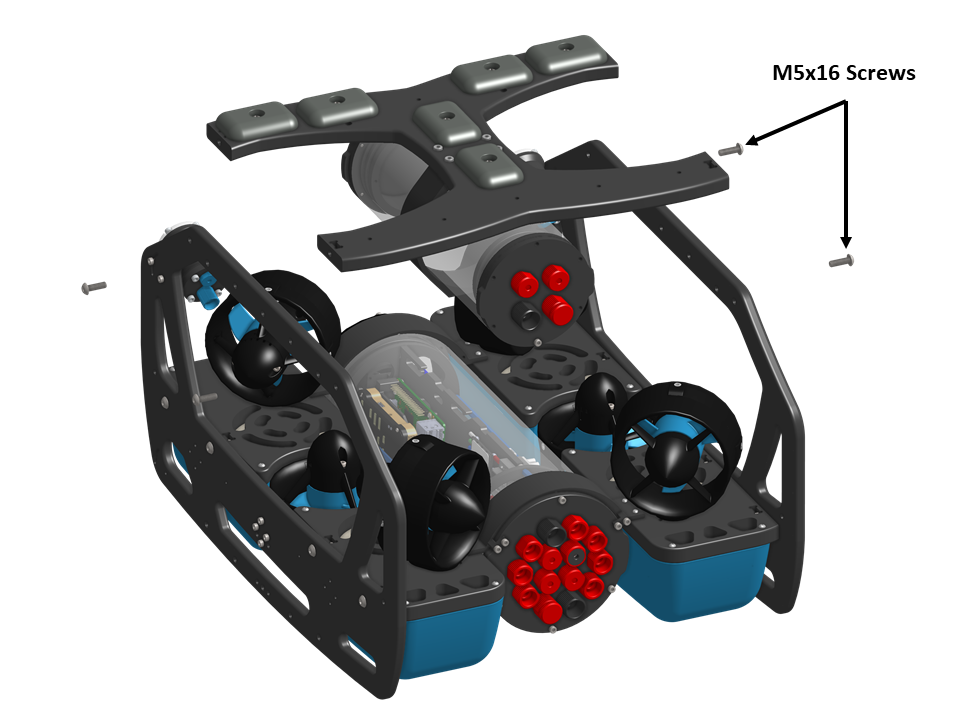 3. Remove the M3x12 screws holding the two sections of the 3″ clamp together with a 2.5mm hex driver. 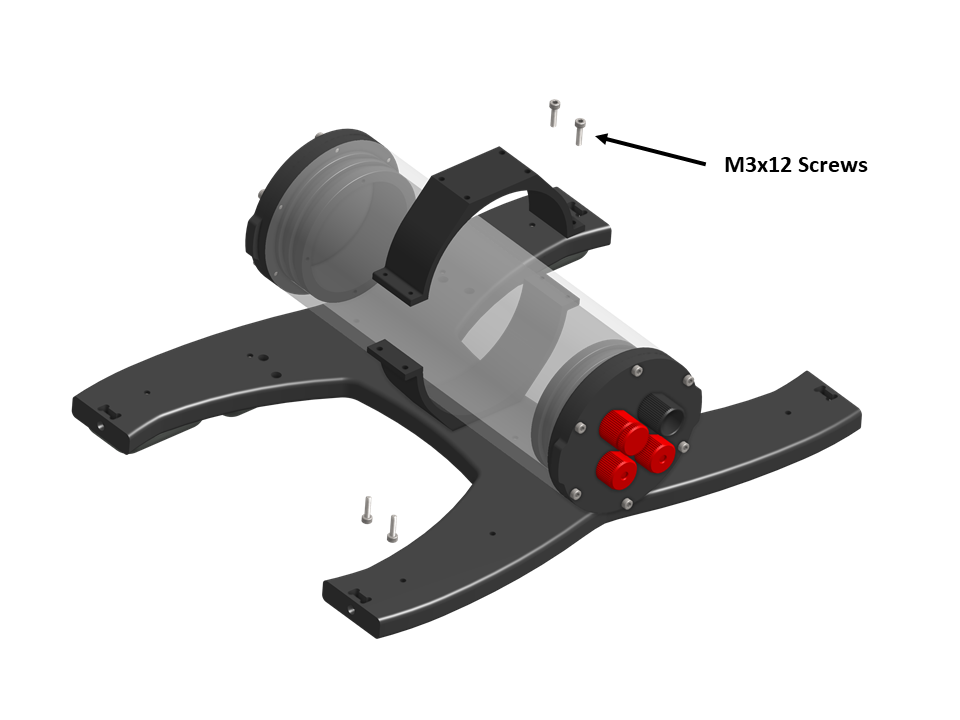 4. Remove the 3″ Battery Enclosure from the clamps and place off to the side. 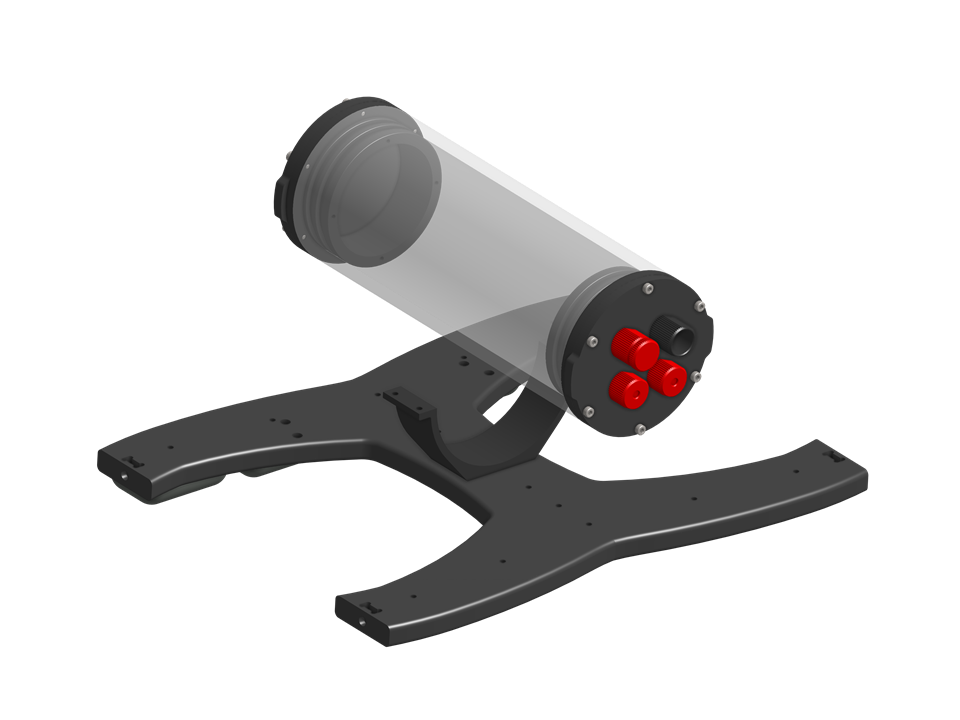 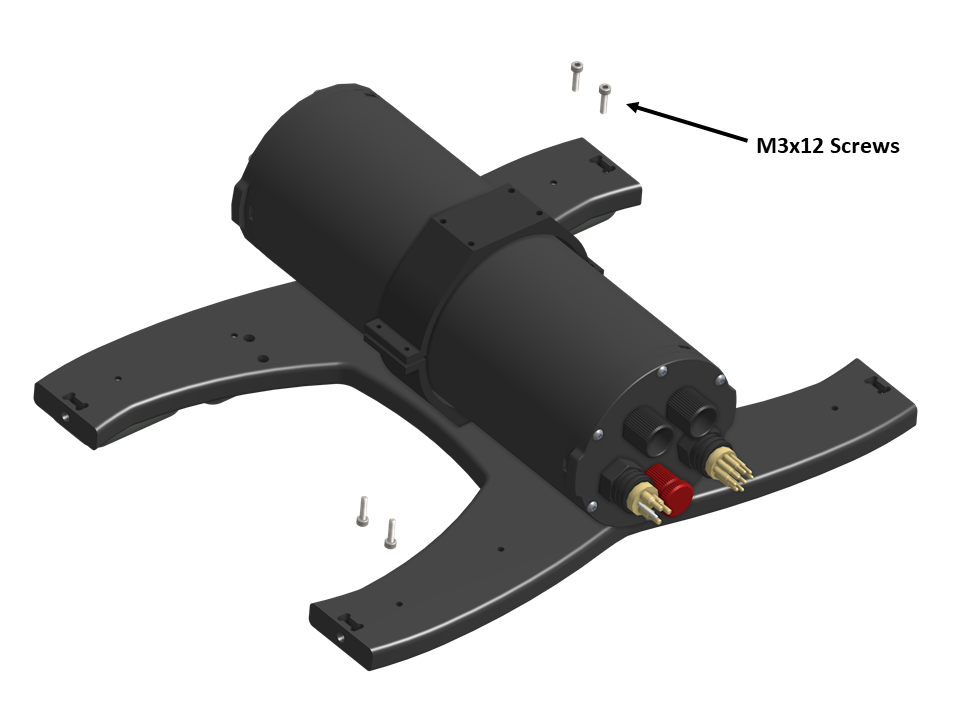 6. Install the four M3x12 screws into the Enclosure Clamps (3″ Series) so that the screws pass through the untapped holes on the first clamp and are secured into the tapped holes on the alternate clamp. Install all four screws loosely at first and then slowly tighten them on both sides evenly. Take care not to overtighten the screws. Keep the OTPS ROV Enclosure approximately centered in the Enclosure Clamps (3″ Series).

7. When you are finished tightening the screws, both sides should look similar to this. 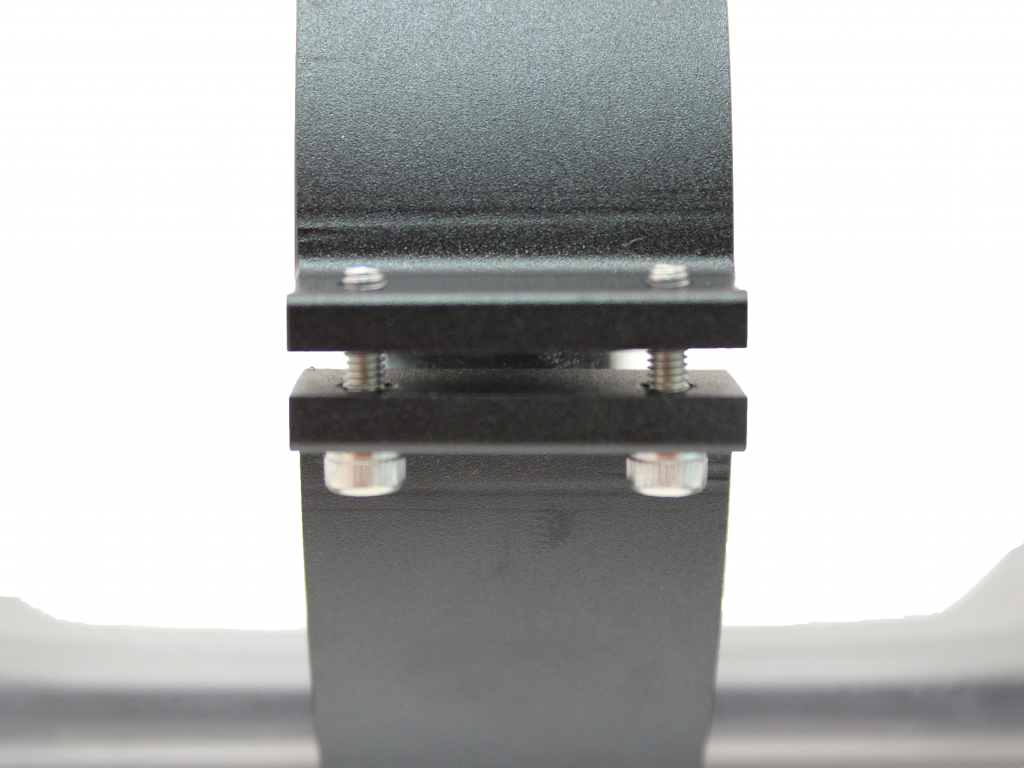 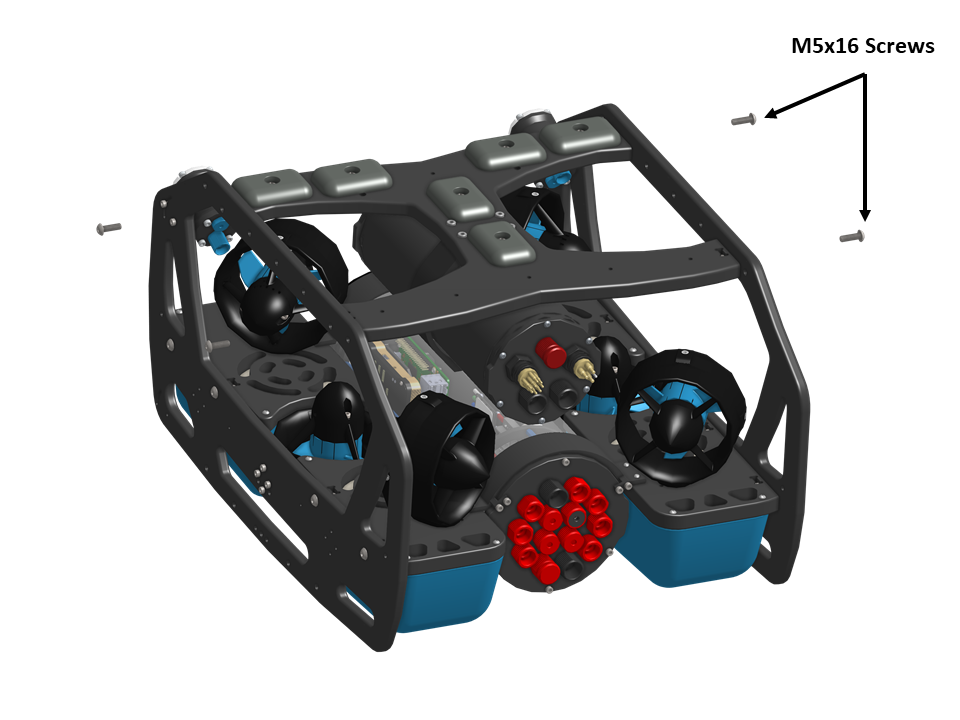 To remove the tether and battery cable penetrators from your BlueROV2, you will need the following tools:

1. Remove the 4” electronics enclosure from the ROV by removing the M3x16 screws that mount the enclosure to the ROV cradle.

2. Remove the Vent Plug from the Vent Penetrator Bolt on the electronics enclosure. Remove the 4″ tube and forward dome assembly from the rear end cap. 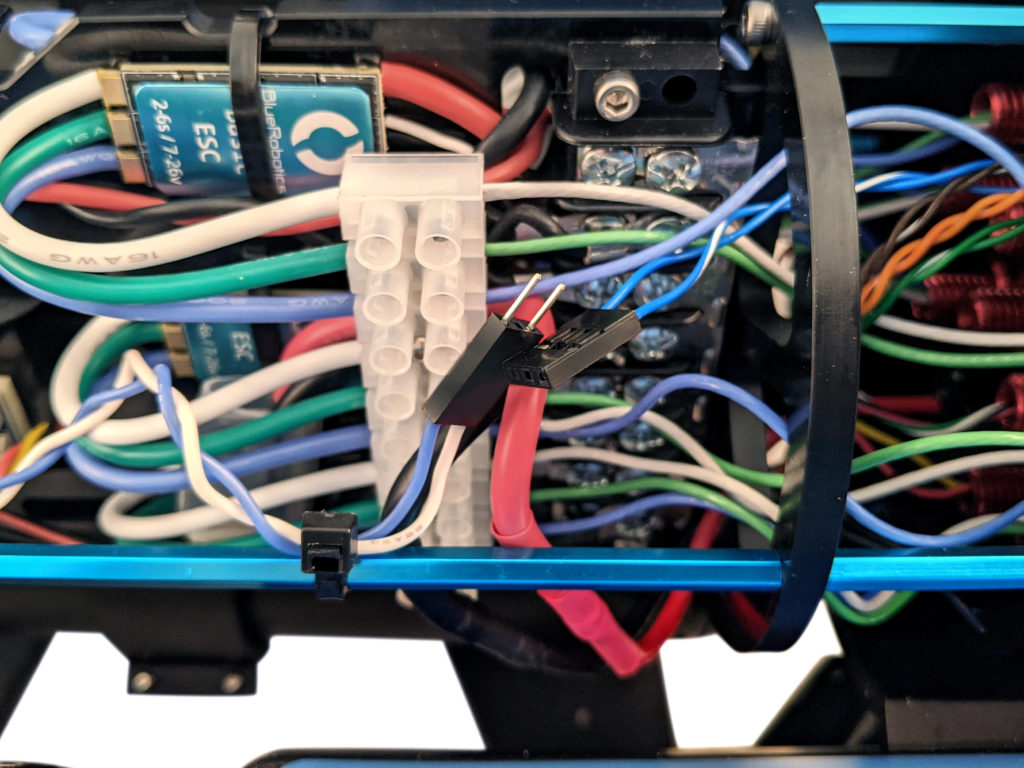 4. Disconnect the 3.5mm bullet connector power wires from the battery cable and the power sense module. 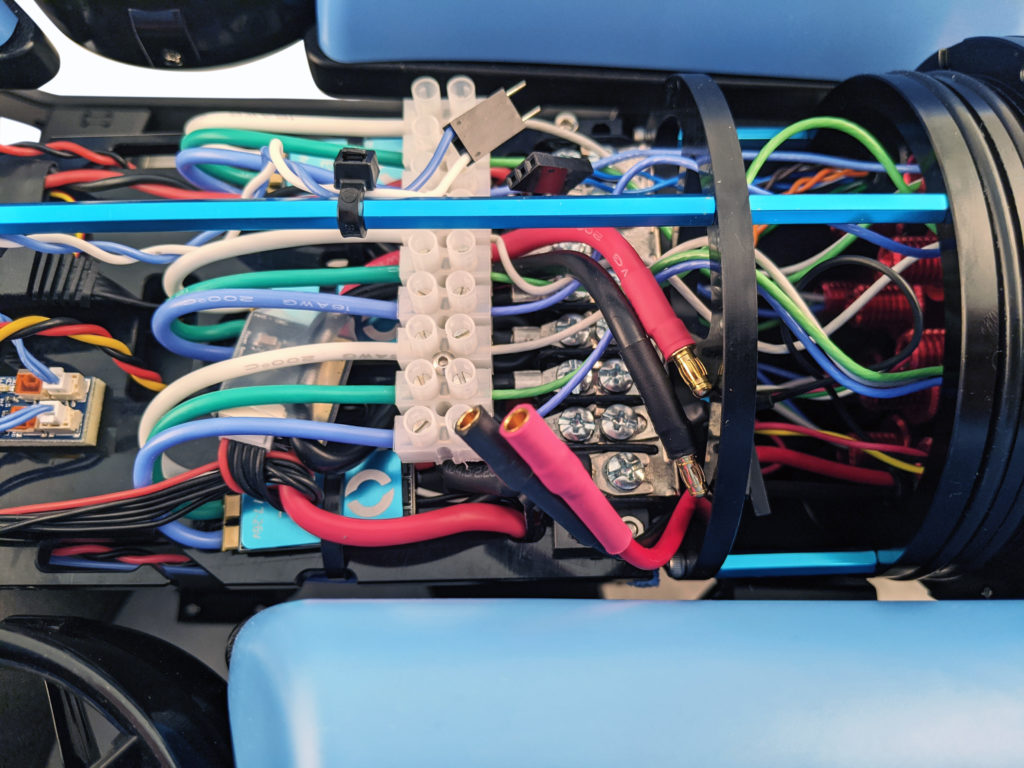 5. Remove the tether and battery power cable penetrators as pictured from the 4” End Cap with the penetrator wrench that came with the BlueROV2 kit. 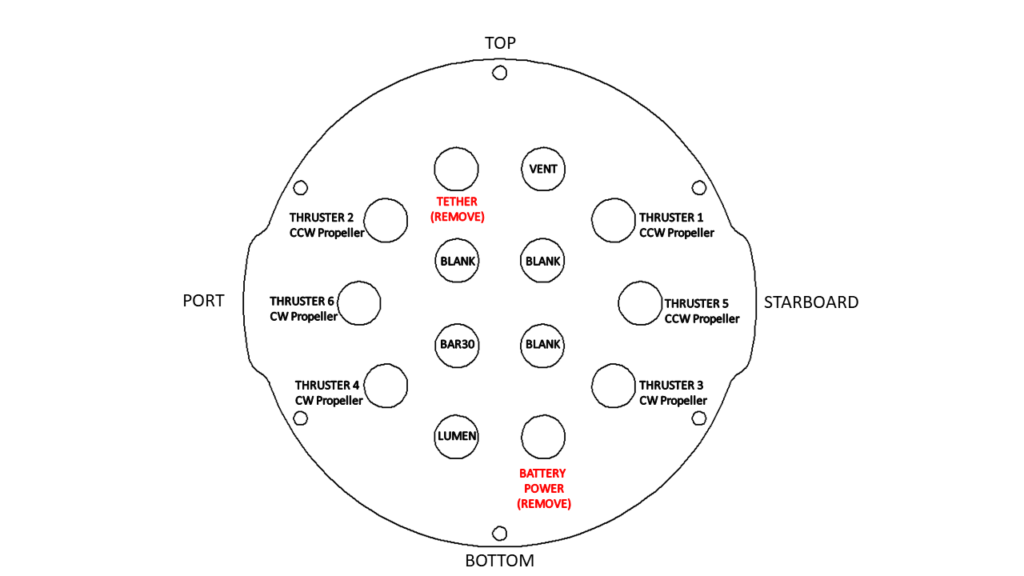 To install OTPS data and power penetrators into the end cap, you will need the following parts and tools:

2. Remove the O-rings from the bag and apply silicone grease to them.

3. Install the O-rings onto the data and power cable penetrators.

4. Install the cable penetrators into the end cap in the hole you previously removed the data and battery cables from. Tighten to finger tight, then use the wrench to tighten it an additional ~1/16 of a turn. If you can’t loosen it with your fingers, it is tight enough. 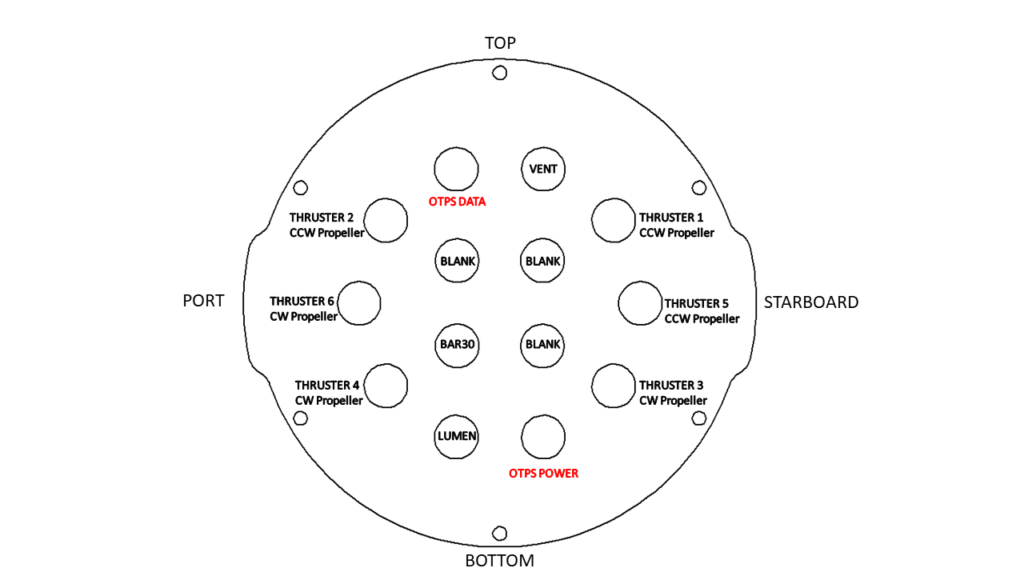 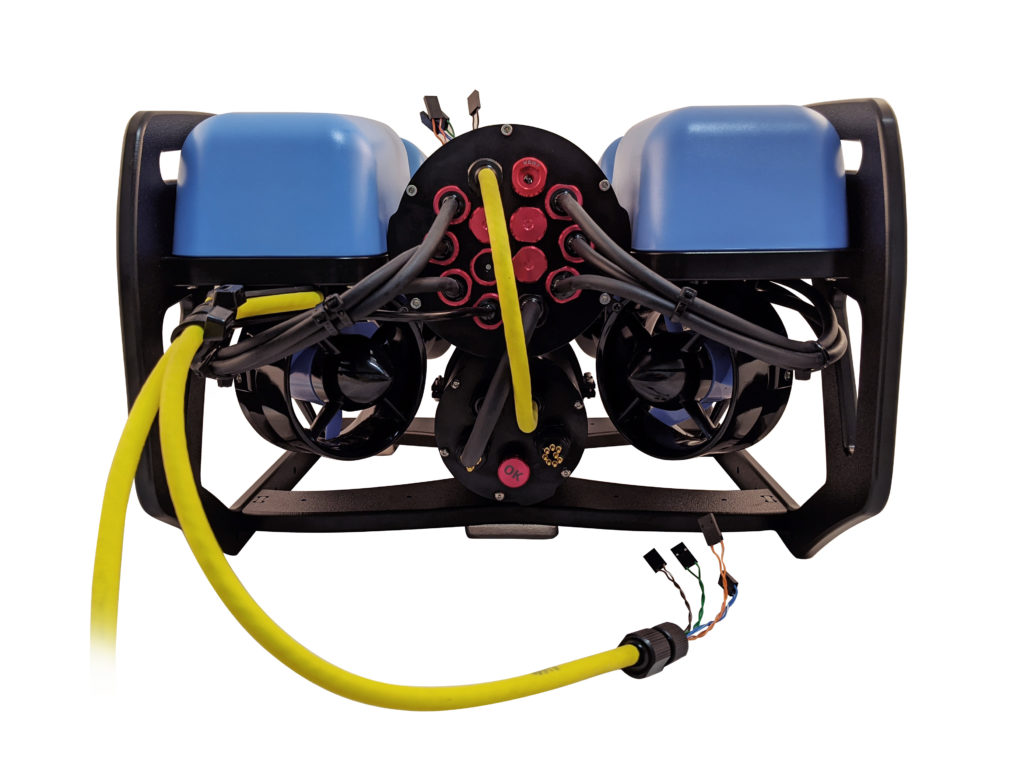 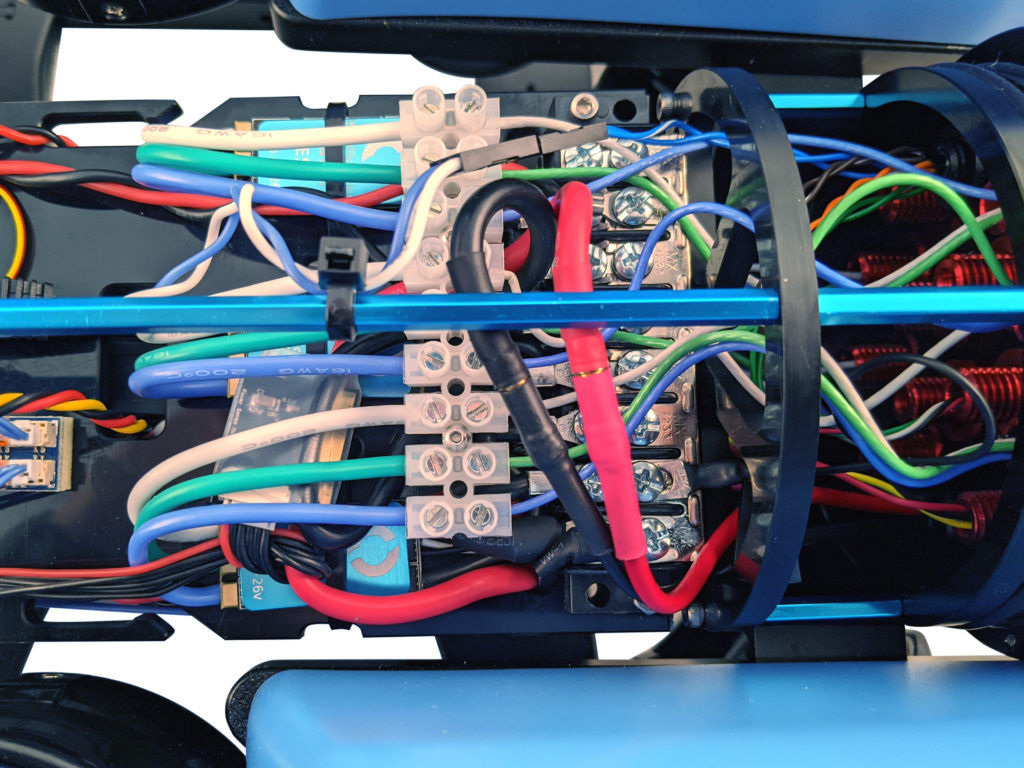 2. Connect the female OTPS Data wire connector with BLUE and WHITE wires to the extension cable that is connected to the Fathom-X Tether Interface Board. The other 6 wires do not need to be connected to anything the operate the ROV. They are for future expansion. 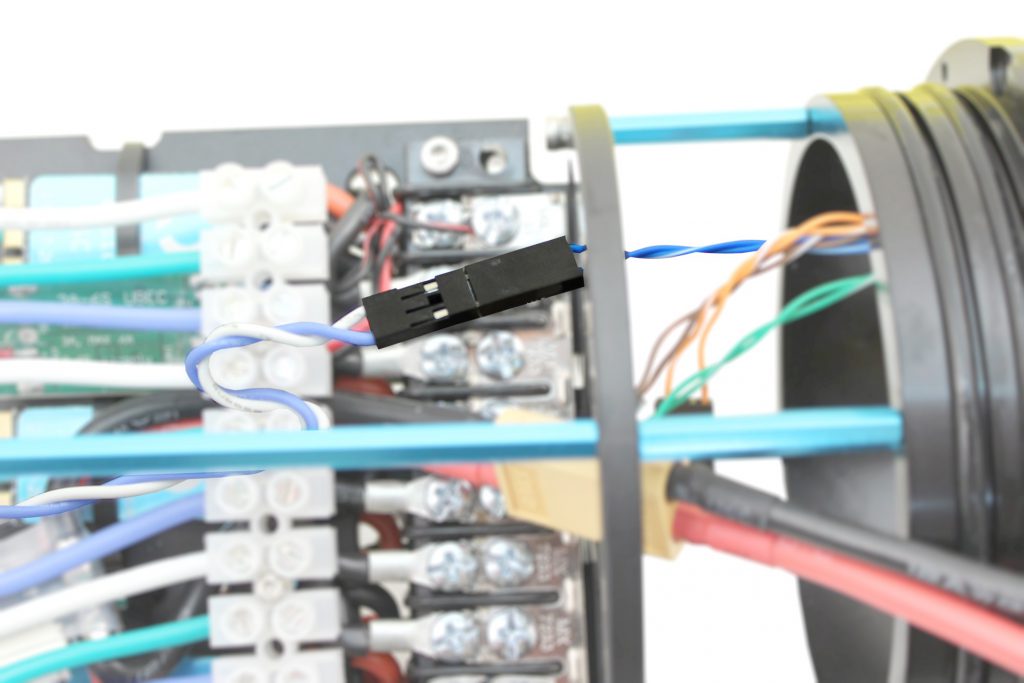 To remove the old tether and install the new tether carabiner, you will need the following parts and tools: 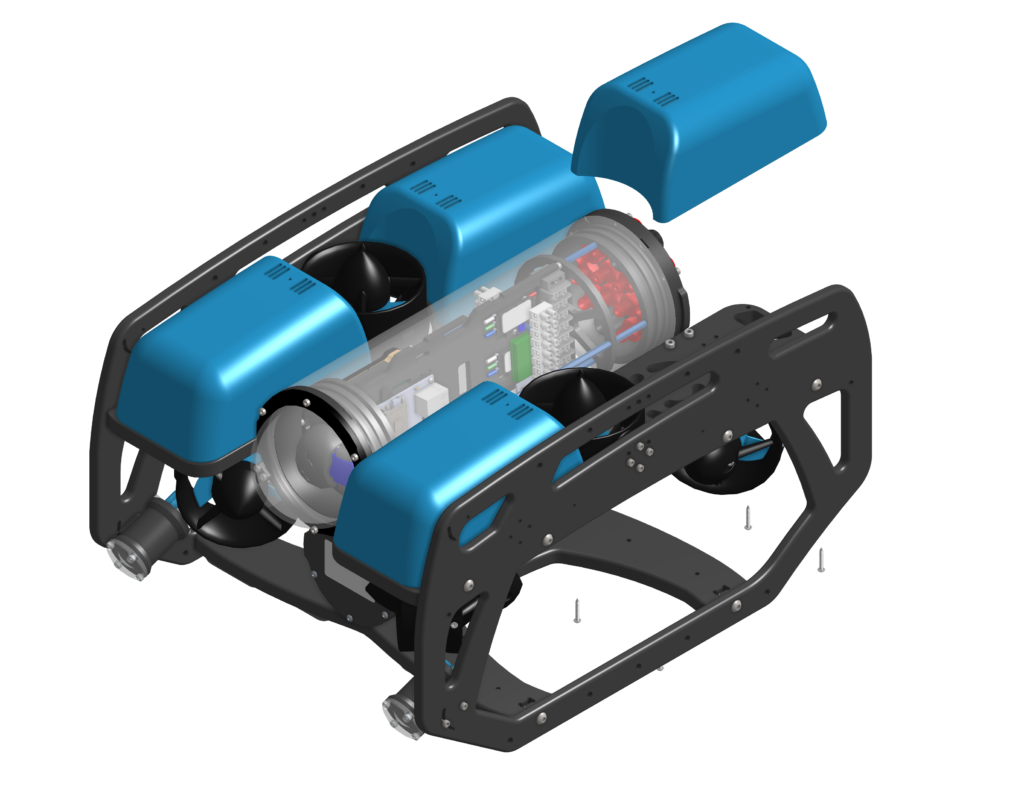 2. Cut the large black plastic zipties securing the tether thimble to the frame. Remove the old tether and place off to the side, it will no longer be used. 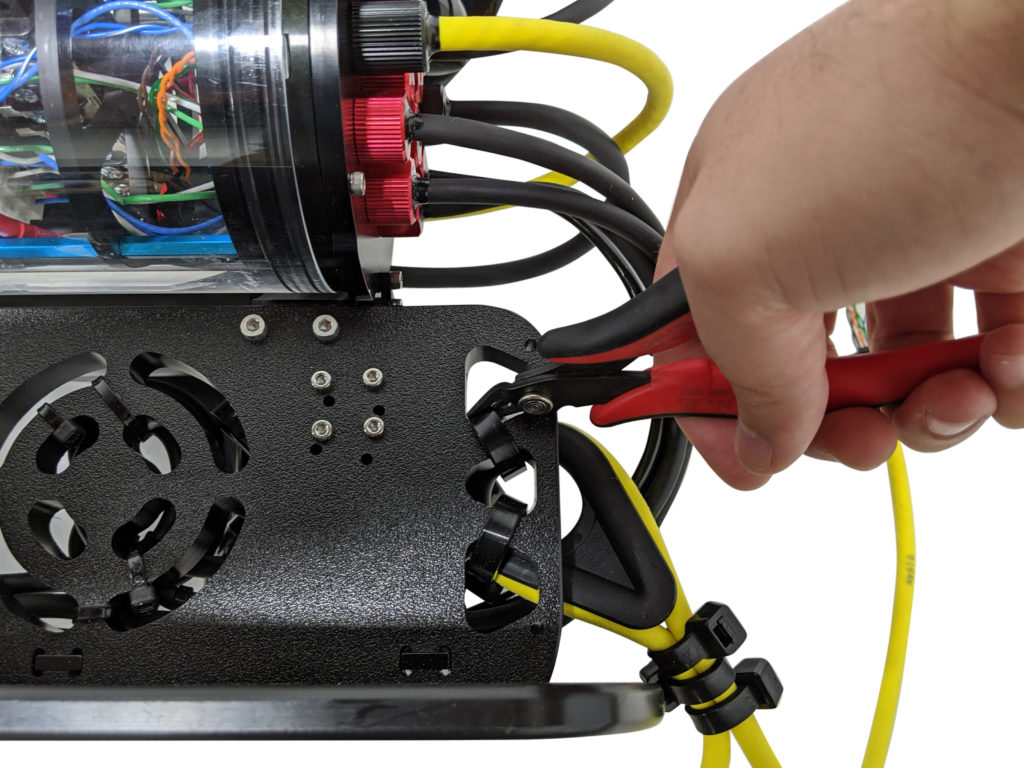 3. Using two new large black zipties, attach the carabiner to the frame. Ensure the latch is able to open and close freely. 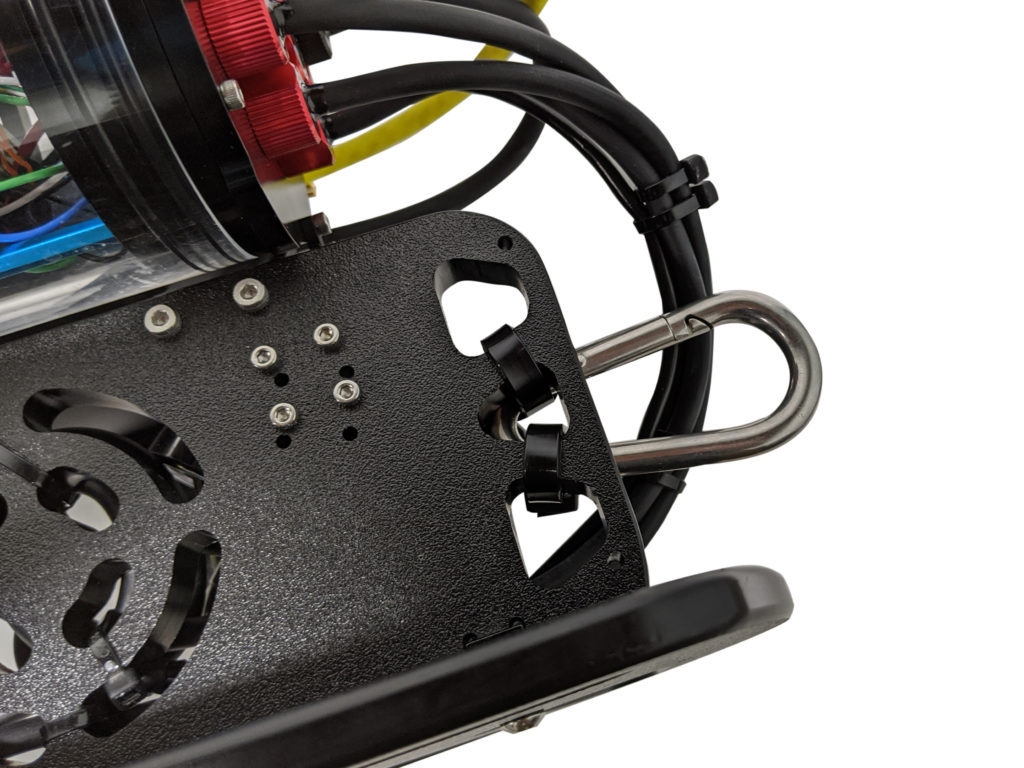 4. Reinstall the buoyancy block and fairing that had been removed in Step 1 of this section onto the ROV by installing the screws through the center panels and into the fairing.

To get the longest battery life and the best driving experience, it is important to have the ROV close to balanced from front to back in water and close to neutrally buoyant. After installation, the ROV may need to be re-trimmed based on your operating conditions. Trimming the ballast may involve a bit of trial and error.

THE USER MANUAL PROVIDED BY OUTLAND TECHNOLOGY MUST BE READ AND UNDERSTOOD IN ITS ENTIRETY BEFORE OPERATION. FAILURE TO COMPLY WITH INSTRUCTIONS MAY LEAD TO EQUIPMENT DAMAGE, INJURY OR DEATH.

After the hardware modifications are complete, please read the user manual on operation of the system as provided by Outland Technology. 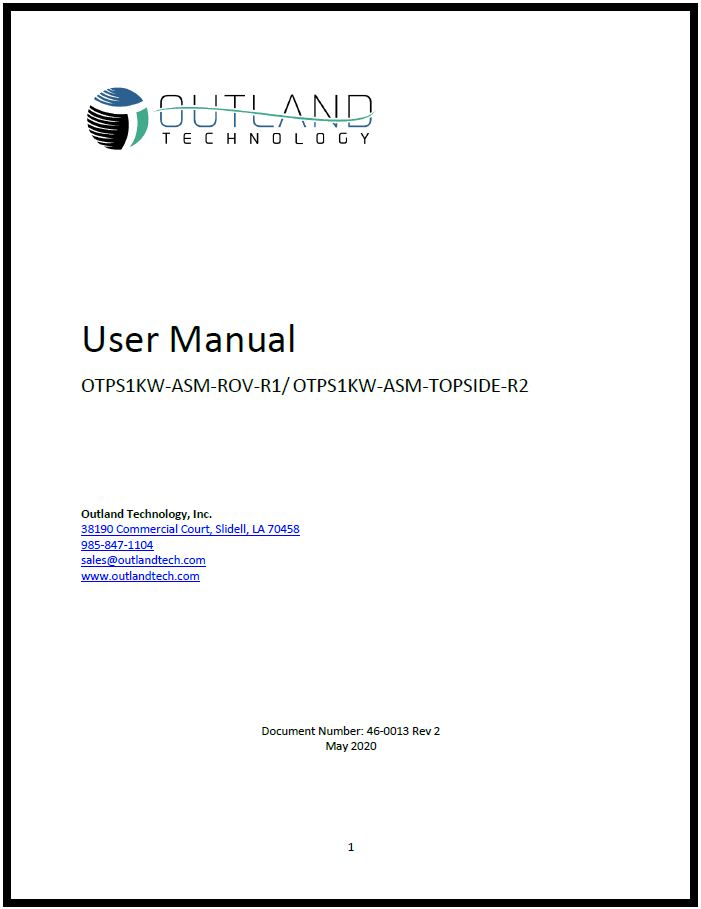